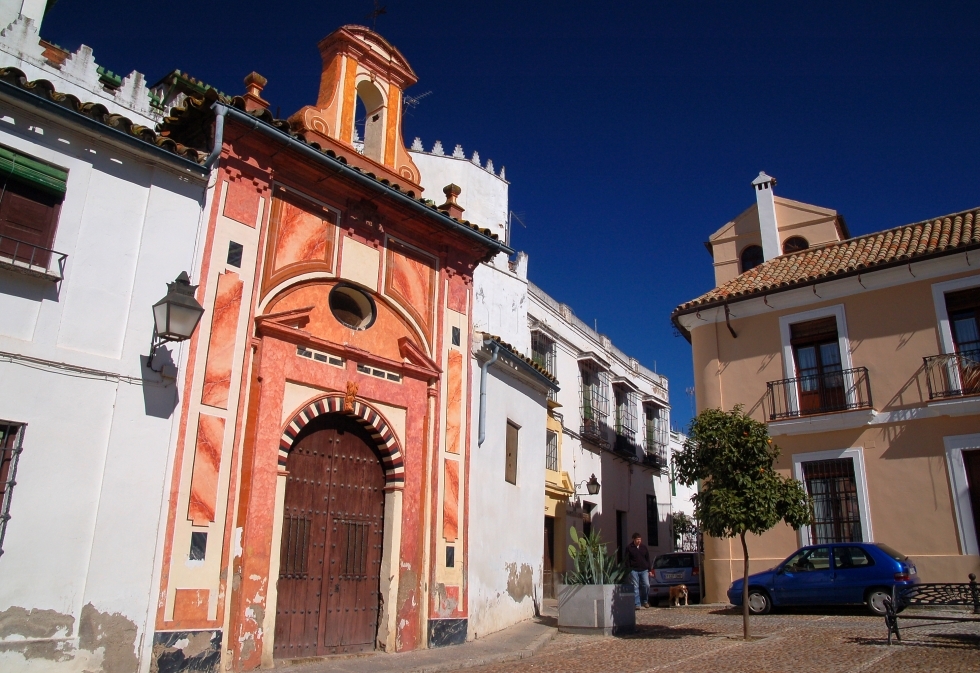 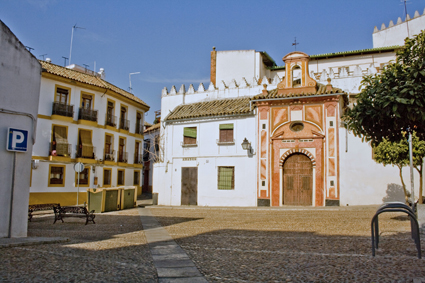 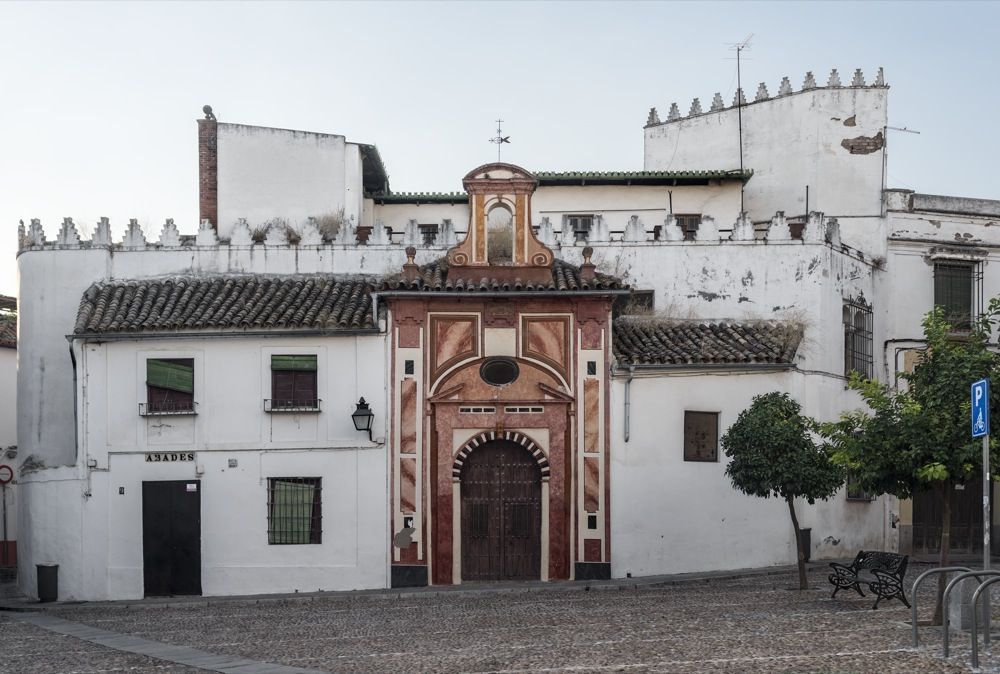 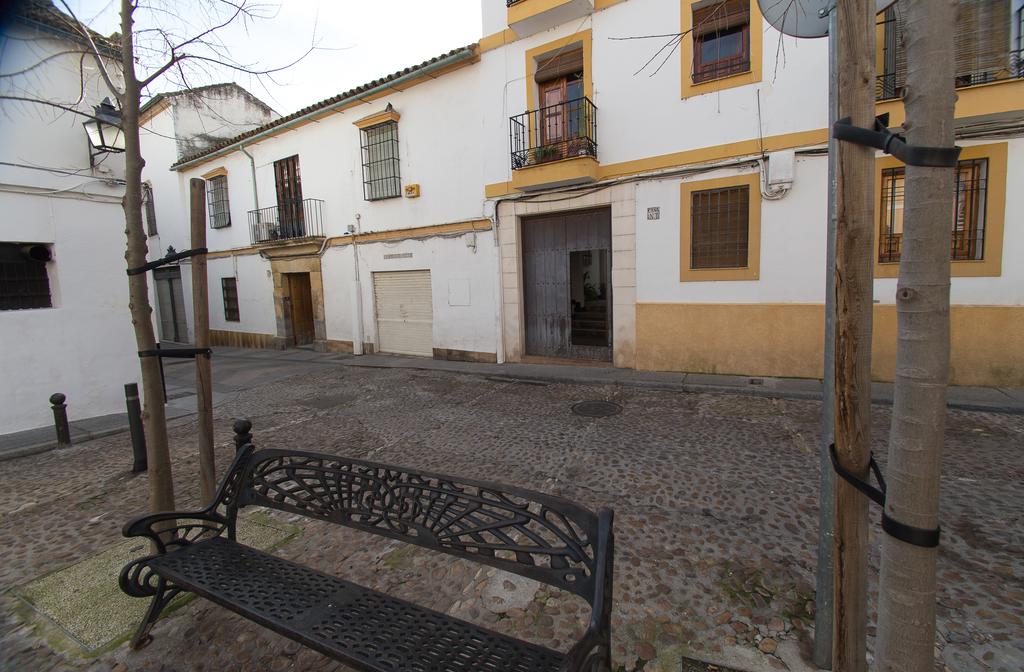 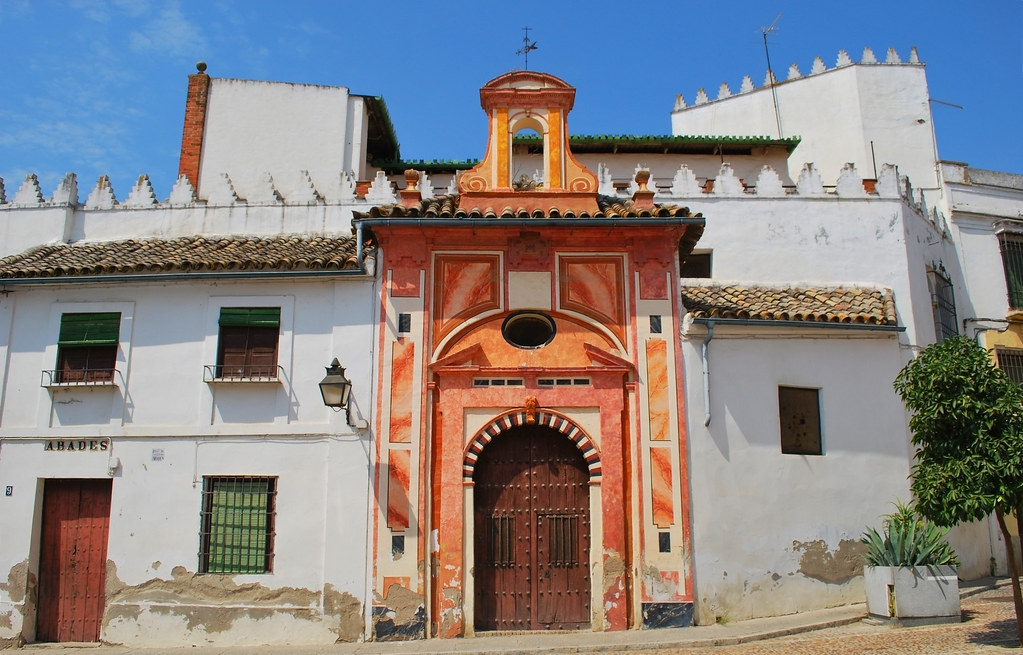 Situation. At the end of street loli Rücker.

Description. Moving away from the banks of the Guadalquivir, along Calle Calderos, we arrive at the Portería de Santa Clara, behind the convent, which leads us to the Plaza de los Abades. This square, previously called Santa Clara, because the convent of the same name has arrived here, is dominated by the Hermitage of La Concepcion, an 18th-century factory. In this square was the silk market, where worms were raised in houses for their subsequent extraction and preparation of silk.

The Abades or the Abades square is at the end of Martínez Rücker street and the Alfayatas flood to it on one flank, and Santa Clara and Old shoe shops on the other.

In it is the Hermitage of the Conception, whose cover was restored in the first decade of 2000. It is also of interest, the house located at number 1.

View of the Plaza from the corner of Calle Zapatería Vieja, with the chapel of La Concepción in the background.

The current morphology of the square is a consequence of different actions that it has undergone during the last centuries, through the adhesion of lots of buildings that for ruinous, happened to be part of their own.

The square has received different names throughout history. In the XIV century, it was called Plaza del Malcocinado.

A century later it was known as the Plaza de la Carnicería or the Carnage of Abades. It was also called Santa Clara Square. In the nineteenth century, it is already mentioned as Plaza de Abades.