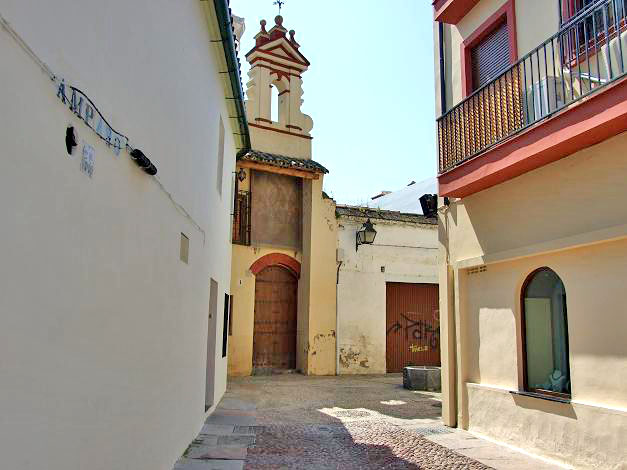 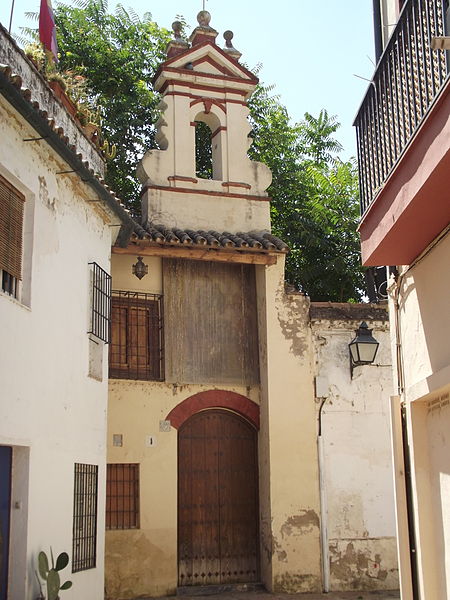 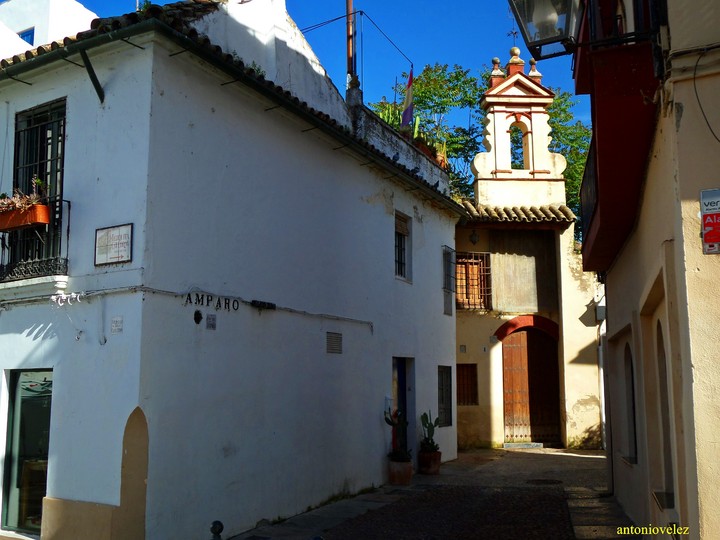 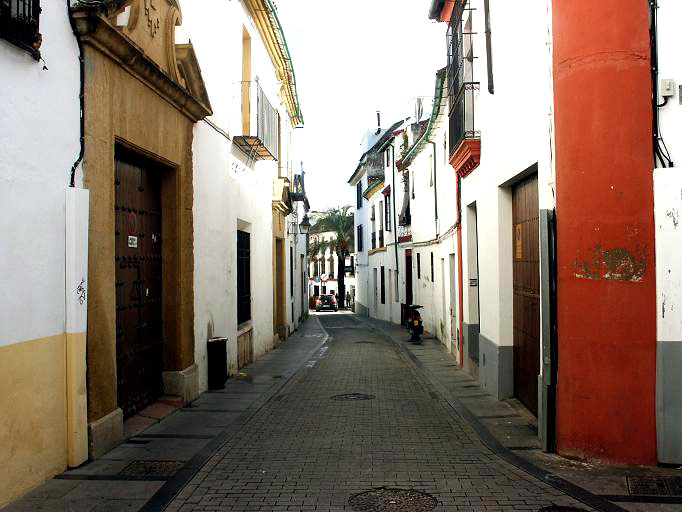 Description. Where the water route flows in Corners of Cordoba with charm.

Between the old Carrera del Puente and the Ribera have been recovered the forgotten suburban streets that run from the small square of Amparo to the Alhóndiga, the old "neighborhood of the Gypsies", so that where desolation and abandonment once reigned It has created a new tourist route, intimate and evocative, which has as pleasing leitmotif the rumor of the pumps that mark the route. They are just two hundred meters of the walk where it is possible to reconnect with the quiet Cordoba that fascinated Azorín. A silence underlined by the dull sound of the water. Let's go.

Leaving Cardenal González street, we enter the minimal square of Amparo, in whose corner we can see the restored front-view, with nothing inside of the church of Nuestra Señora del Amparo, belonging to the old hospital of the Lamp or San Cristóbal, founded in the thirteenth century by the guild of hosiery. In the façade, a repainted canvas with the titular Virgin survives, and on the painting stands the graceful belfry, without a bell. A black marble fountain with an octagonal pillar rises in the center of the paved cobblestone pavement, and next to it, a foundry bench invites you to sit down to contemplate this charming corner without haste.

The narrow alley of the same name, Amparo, takes us to another little square, Pozo de Cueto, where the emblazoned doorway of an old manor house smeared with other, which contrasts with the Franciscan simplicity of the surroundings, draws our attention. In front of it, two other foundry banks, escorted by orange trees. Do not miss the fountain, in this case, delicate white marble reproduction of a Roman fountain that is preserved in the Archaeological Museum.

Now begins the street of the Face, "name that took from a picture that was in that place and represented the Divine Face", according to Don Teodomiro Ramírez de Arellano. A narrow stretch is followed by a widening, in which the stylized figure of a bronze nymph appears, like an apparition, tilting a basin on its head. On the cylindrical pedestal, a beautiful quote from the Cordovan poet Ibn Suhayd (992-1035): "Amazed by the beauty of this bath, / the time has come to dye / the lights of its roof / with the flushes of the twilight". The appointment cannot be more timely, because one of these houses keeps the remains of an old Arab bath.

The street of the Cara flows into the little square of the same name, presided by a restored manor house topped by a graceful lookout tower in which arches are opened. Lintels and cornices are covered in a red soul that contrasts with the unbleached white of the lime. There is no lack of the singing fountain, in this case, a circular cup with a spout that spills over four pipes, and next to it, a young and erect cypress tree ready to grow until it crosses the rooftops. Many of the houses that overlook this unprecedented itinerary of water and lime are officially protected homes built by Vimcorsa, which have allowed the redemption of forgotten dead sites and, at the same time, satisfy such incessant demand.

In an enclave of white narrows starts the lane dedicated to the poet Ricardo Molina. Ricardo's ghost should be happy living in a modest street, as was his lifestyle, but looking at the river, as he wanted.

The white embrace of another short alley returns the traveler to the Plaza de la Alhóndiga, the end of the journey, whose toponym remembers that here was the "public house destined for the purchase and sale of wheat". It was also known popularly by the Plaza de Los Gitanos, that is without pejorative spirit, and in a modest hovel the gypsy Amalia, a model of Julio Romero de Torres, lived in such celebrated canvases as Jewish Cordoba or La saeta until the end of her days.

It is now a pedestrian square divided in two by a simple stone seat that runs along with it and invites you to sit down. A slender transplanted palm tree and tender orange trees try to adapt to this recovered square. There is no lack of iron benches, which at night welcome neighborhood gatherings, nor the fountain: a bare circular cup of white marble glued to the ground, with a central fountain whose murmur is entangled in the domestic noises that filter the blinds. In a corner contrasts with so much architectural simplicity the recovered cover of the old House of the Town, formed by a horseshoe arch of solid ashlars in one of which it bears, scratched on the sandstone, his birth certificate: J. Azorín, 1917.