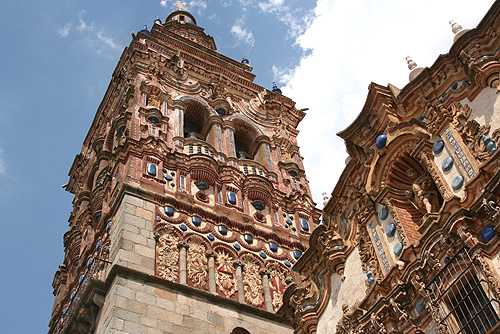 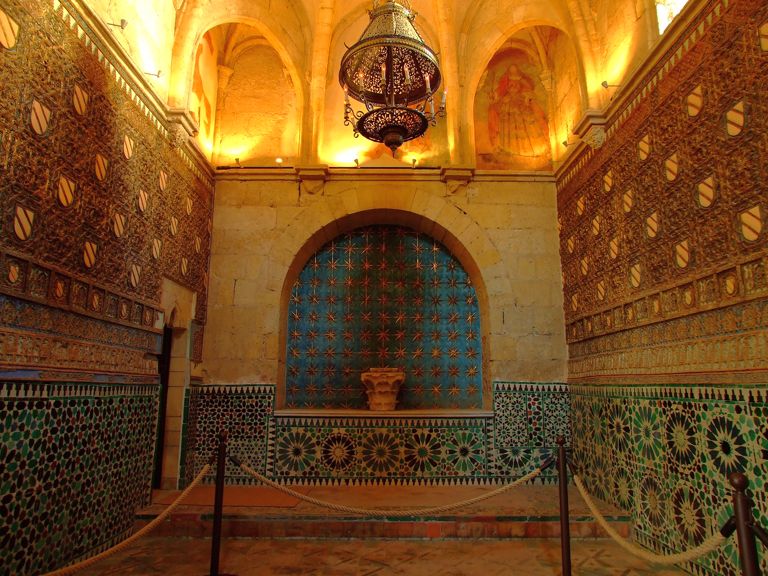 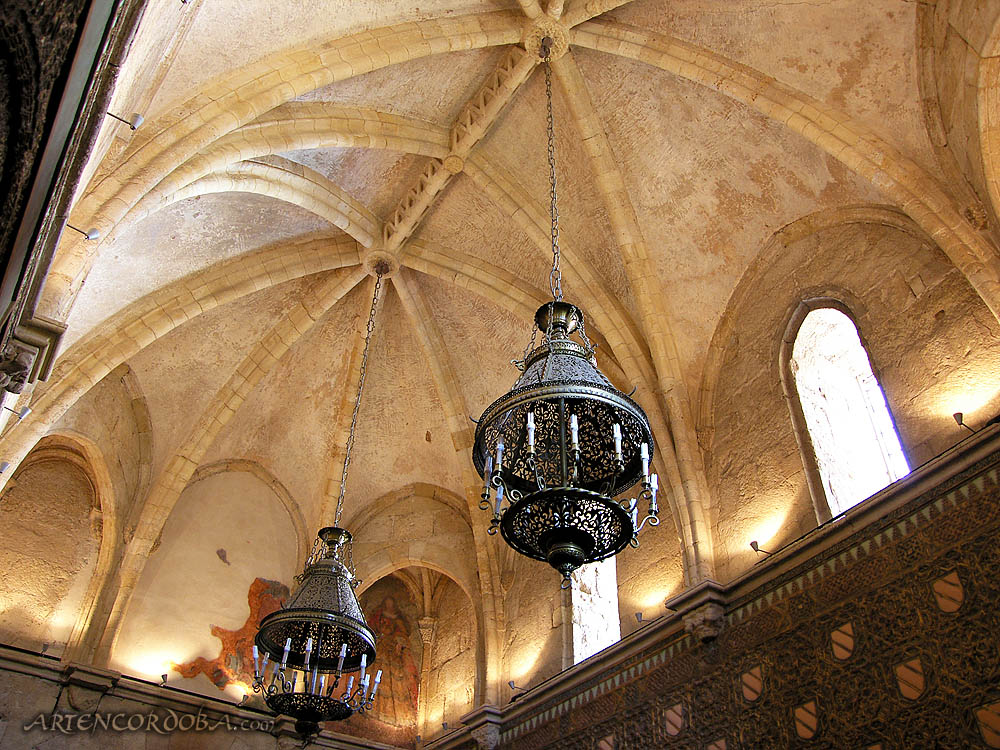 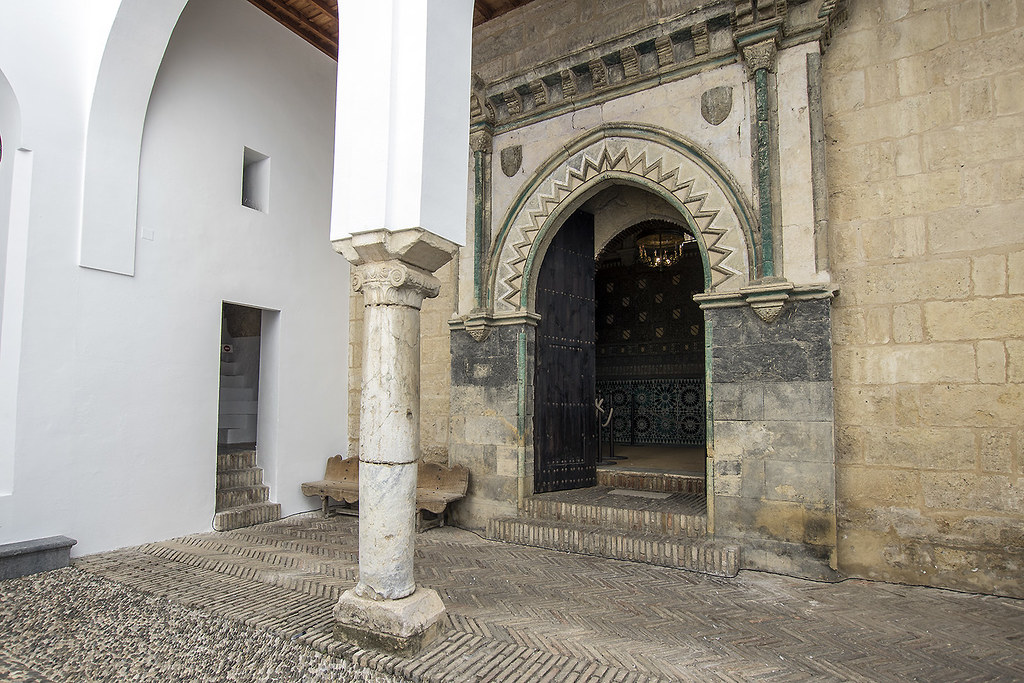 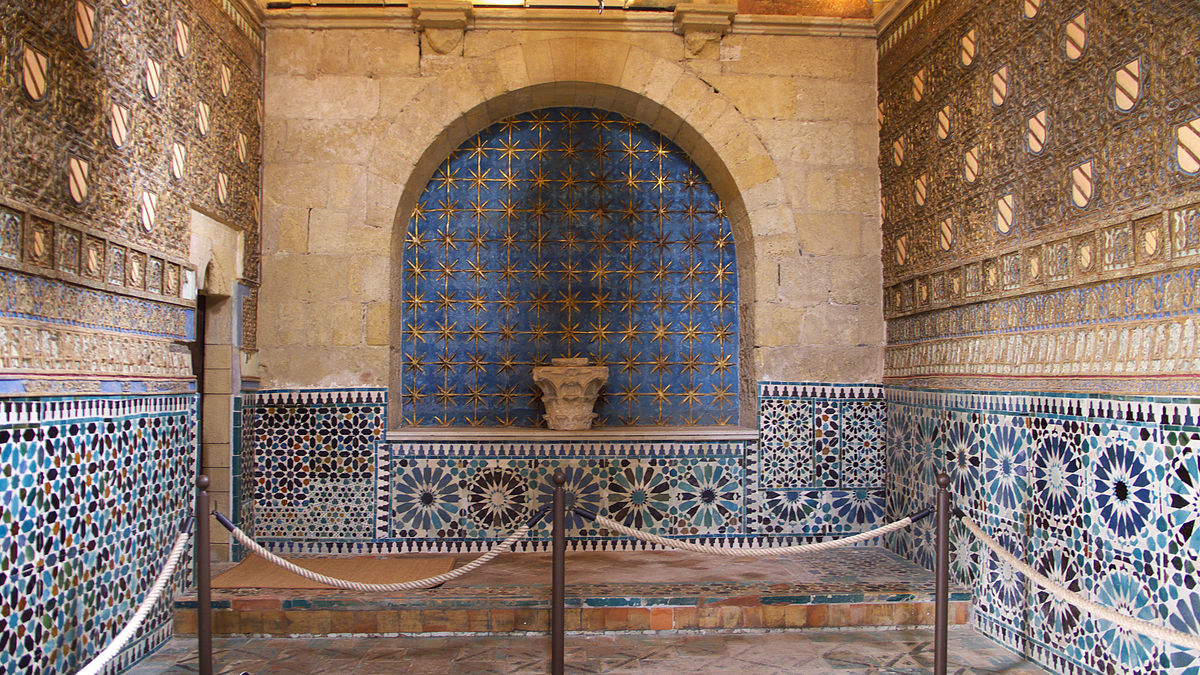 YEAR OF CONSTRUCTION: Its construction is fixed between 1399 and 1410.

HISTORICAL REVIEW: The Mudejar chapel of the church of San Bartolomé is located in Córdoba, integrated into the building of the current Faculty of Philosophy and Letters. This monument is an essential jewel of Mudejar art in the city.

As a result of the assault on the Jewish quarter or district of Malburguet in the year 1391 and the subsequent dispersion and progressive conversion to Christianity of the Jews, was created the colony - Christian district - of San Bartolomé, which in 1399 came to be accreted with the new neighborhood of the Old Alcazar or of San Basilio. In it, the small church of San Bartolomé was built in the last years of the 14th century and remained unfinished. During the first half of the 15th century, a funerary chapel was added, which is the documentation appears with the invocation of Santiago, and which constitutes one of the best examples of Mudejar art in Córdoba, together with the Royal Chapel of the Mosque-Cathedral and the Synagogue.

Etymologically, Mudejar comes from "mudayyan" (the one who has been allowed to stay), that is, the Muslim who remains in his land after the arrival of Christians, conserving his religion, language, and customs. Mudejar art is a new artistic expression that combines characteristics of the Hispano-Muslim and other contemporary styles. It is the result of the coexistence of the three cultures that constituted the society of medieval Spain: the Christian, the Muslim and the Jewish.
The conjunction of the chapel, spectacularly decorated, with the intimacy of the patio and portico of an entrance, testimonies of the unfinished church of San Bartolomé, make up one of the most surprising spaces in the city.

It conserves in its interior the original flooring of the 15th century, with glazed bricks and olambrillas, and prominent socles of geometric tiling. The plasterworks that are displayed by the walls show a rich repertoire of the best Mudejar, consisting of lacería, the coat of arms of the Order of the Band, instituted by Alfonso XI, with which the king rewarded the most faithful nobles, the delicate ataurique, and the inscriptions that, in Kufic and nasjí, repeat praises to Allah, empty of religious content and endowed only with ornamental sense. Finally, an extraordinary collection of thirty-five Nasrid tiles was found during the restoration of 1935 on the riser of the step that precedes the altar and deposited in the Archaeological Museum. They represent interesting scenes interpreted as allegories of the senses.

Currently, the small church of San Bartolomé is part of the Faculty of Philosophy and Letters, located in the former Hospital of Cardinal Salazar, also called Hospital de Agudos, founded in 1704 on the site where the houses of the Simancas were. The Hospital is one of the most interesting examples of civil architecture of the 18th century in the city.

Under 8 years and students at Córdoba University: FREE