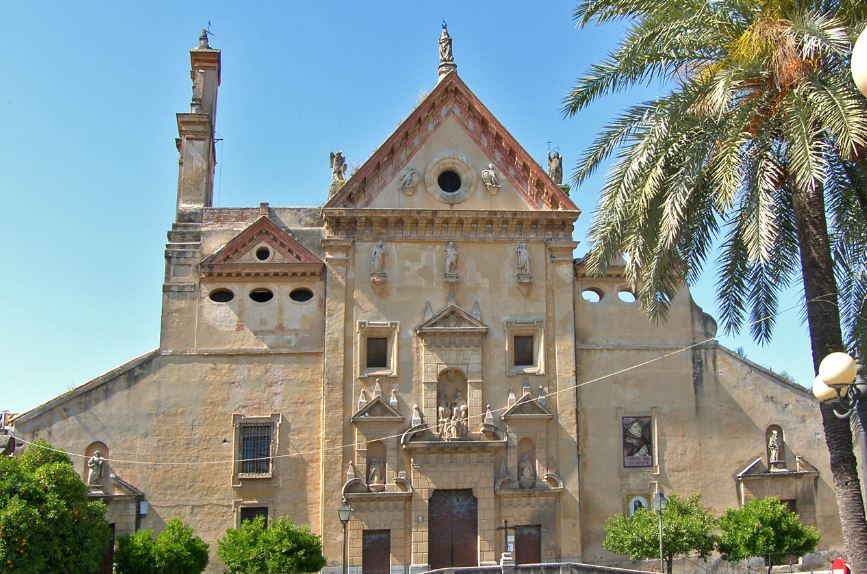 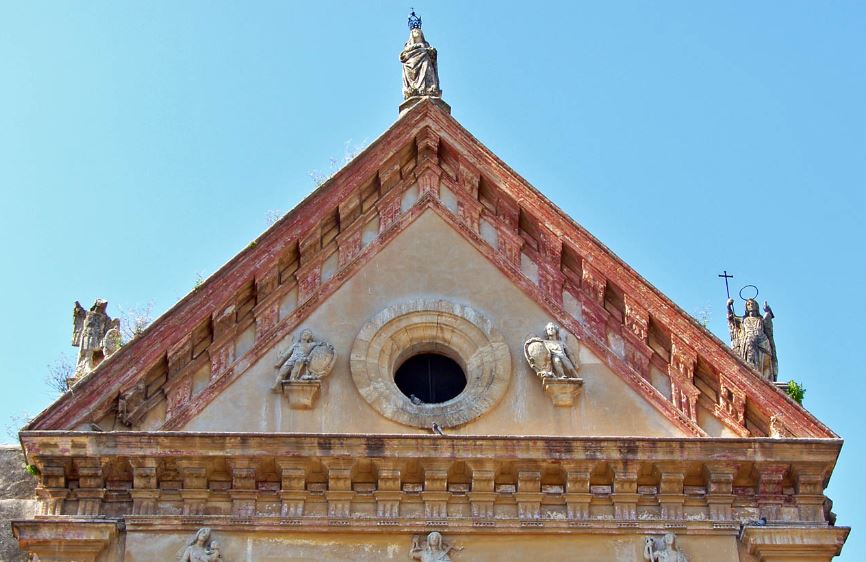 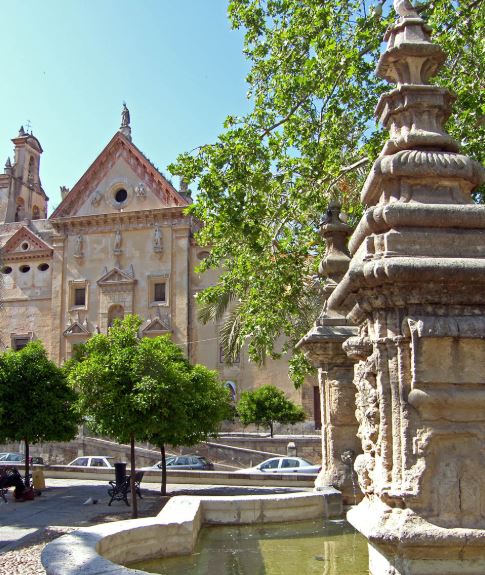 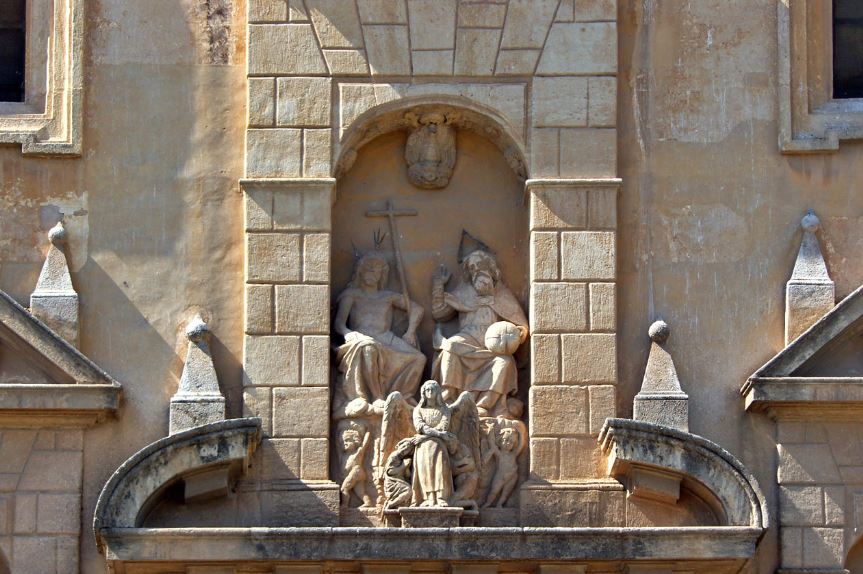 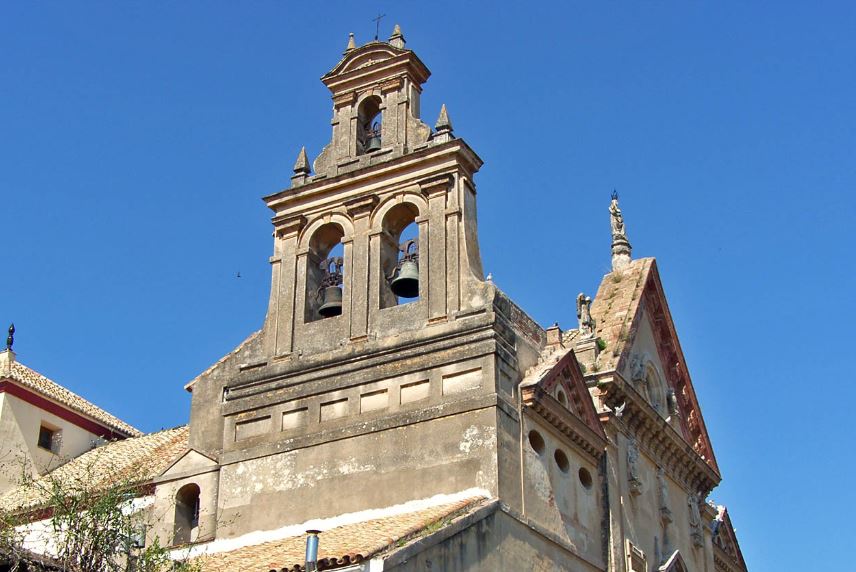 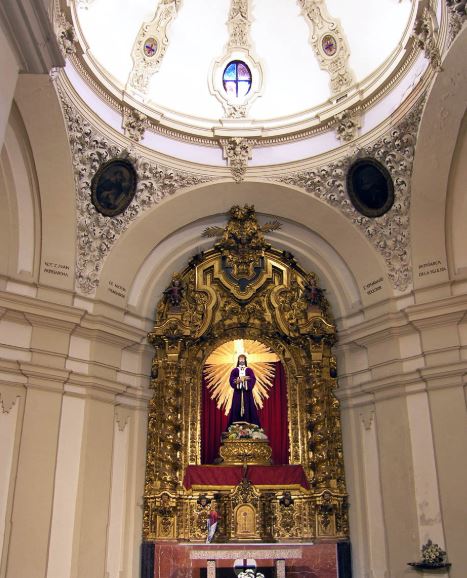 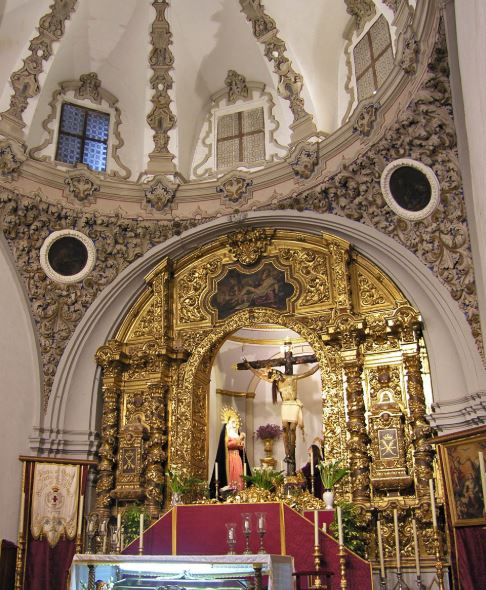 CHURCH OF OUR SEÑORA DE GRACIA

The church has a typical plan of the Counter-Reformation, that is, a single nave with side chapels joined together, a transept marked in height but not in the plan and flat. The roof is made by a barrel vault with lunettes. The choir, high, is located at the foot of the church.

The facade was made by Sebastián Vidal in the year 1686, with the typology of the altarpiece, is articulated in three streets.

The ornamentation of the chapels and their ships was carried out in the seventeenth century. Highlights inside the Chapel of the Holy Christ of Grace, nicknamed the Esparraguero and our Father Jesus Nazarene Rescued, the Rescue:

• The Chapel of the Christ of Grace is square with a vaulted roof. The shrine of Christ is opened on the altar, where the images of Saint John and the Virgin Mary accompany him. Before the altar, you can see a life-size reliquary, in the form of a sculpture, that holds the remains of the founder of the convent, Fray Juan Bautista de la Concepción.
• Our Father Jesus Nazareno Rescue chapel is located on the right arm of the transept, with an octagonal plan and a vaulted roof. As in the previous one, the shrine of the Christ is opened on the altar, whose access is made from an exterior door to the church itself, in the doorway of the College of the Trinitarians. In the same chapel, we can contemplate the image of Our Lady of Bitterness.

Among the other images that decorate the altars of the church, it is worth mentioning the carving of the Immaculate Conception, by Pedro Roldán, which came to the convent thanks to Fra Alonso de la Madre de Dios, who brought it after Bishop Alfonso of Salizanes and Medina chose the other option, the size of Mena, for its chapel of the Cathedral.
BROTHERHOOD: Sisterhood Of the Santísimo Christ of Grace and María Santísima de los Dolores y Misericordia, known as “El Esparraguero”  and the Sisterhood and Brotherhood of Our Father Jesus Nazarene Rescued and Holy Mary of Bitterness, known as “El Rescatao”.