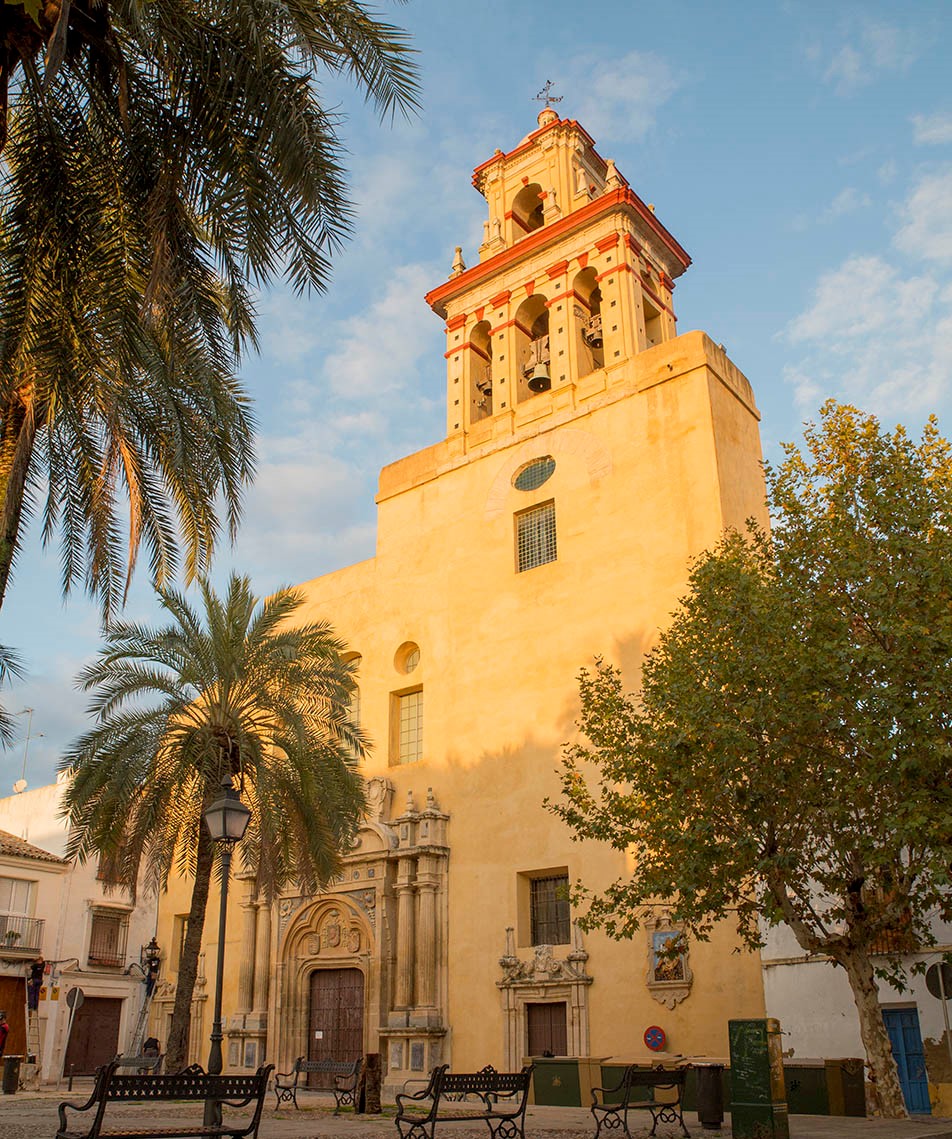 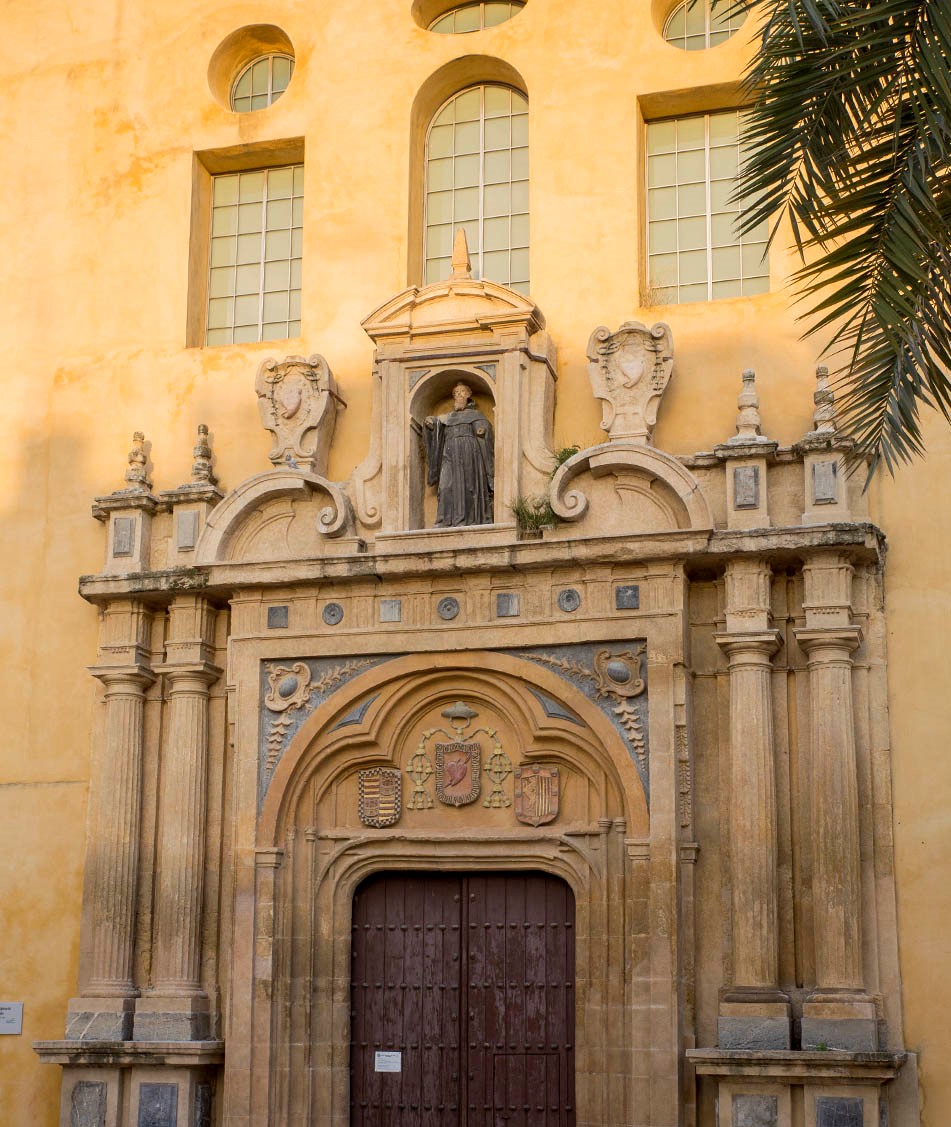 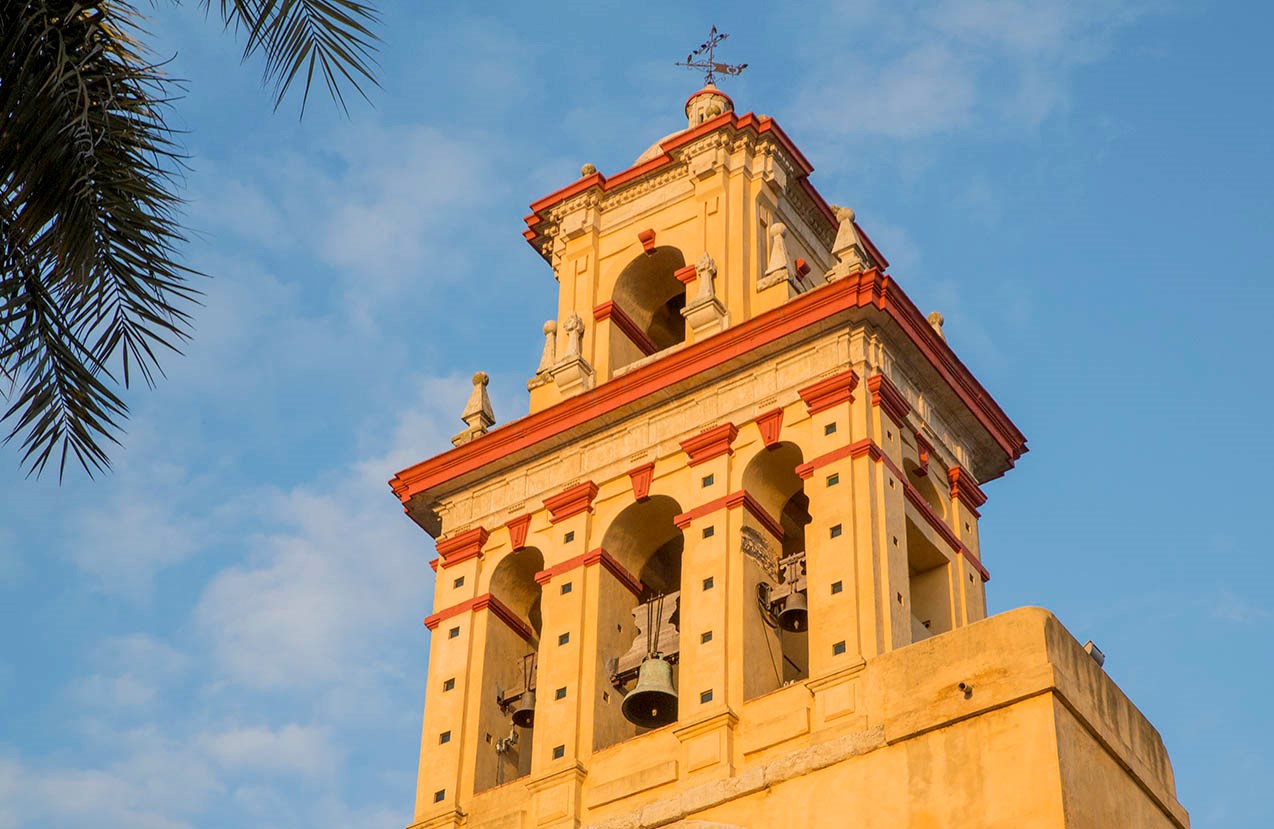 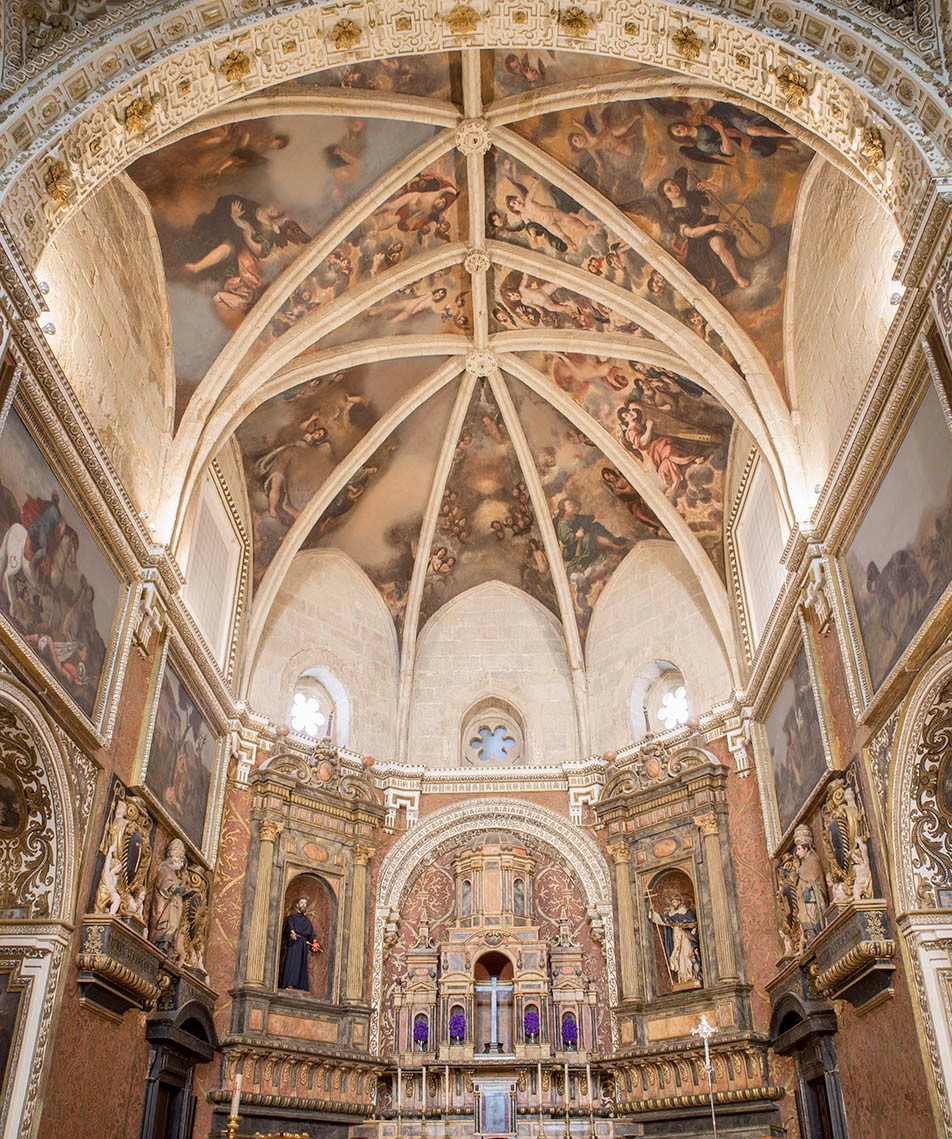 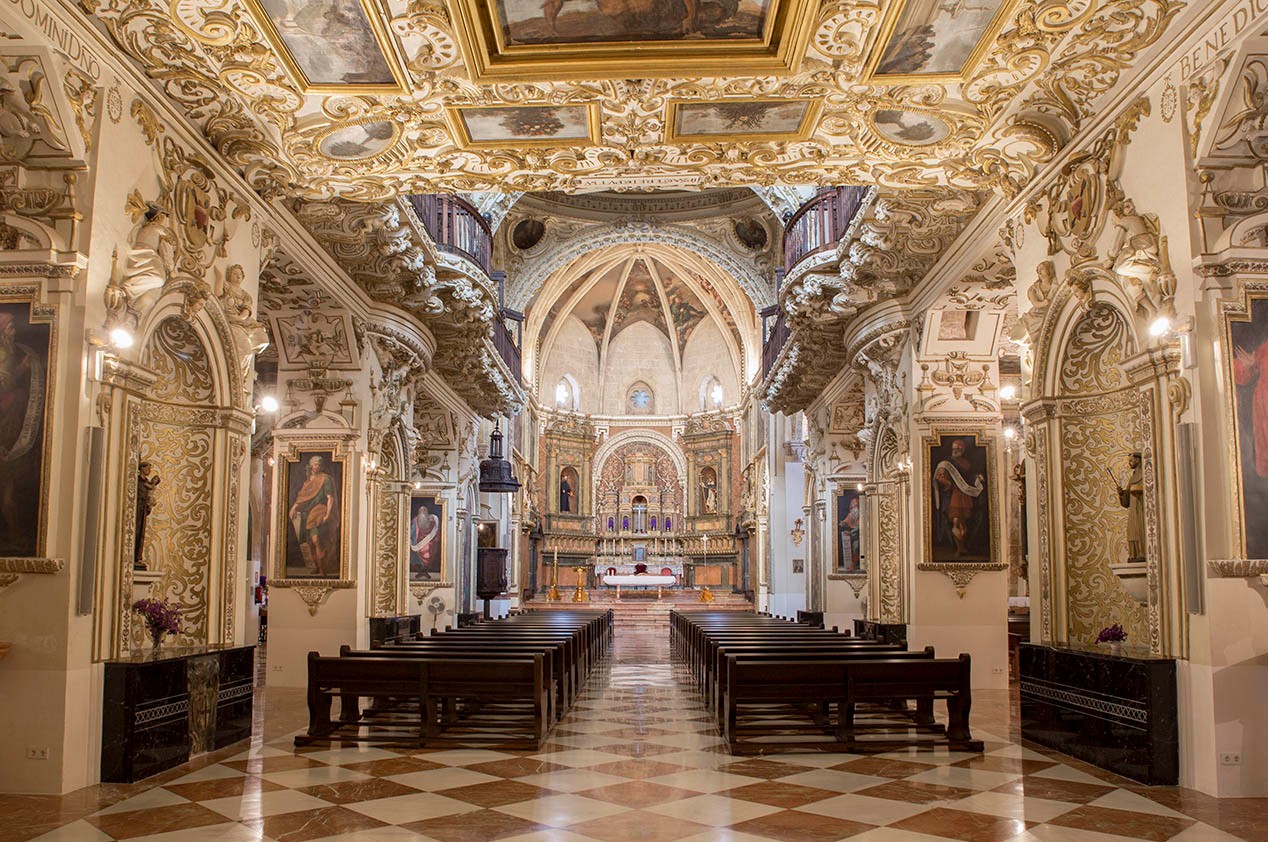 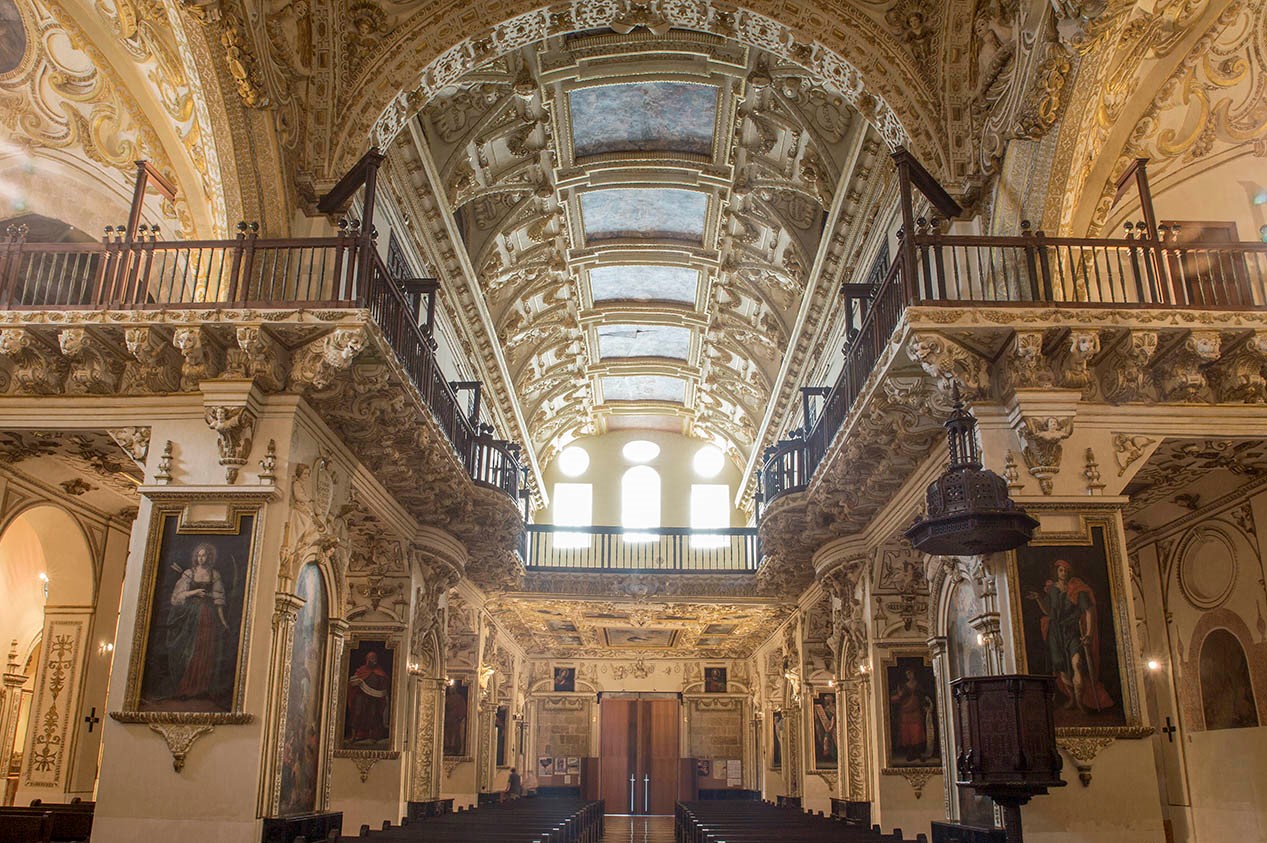 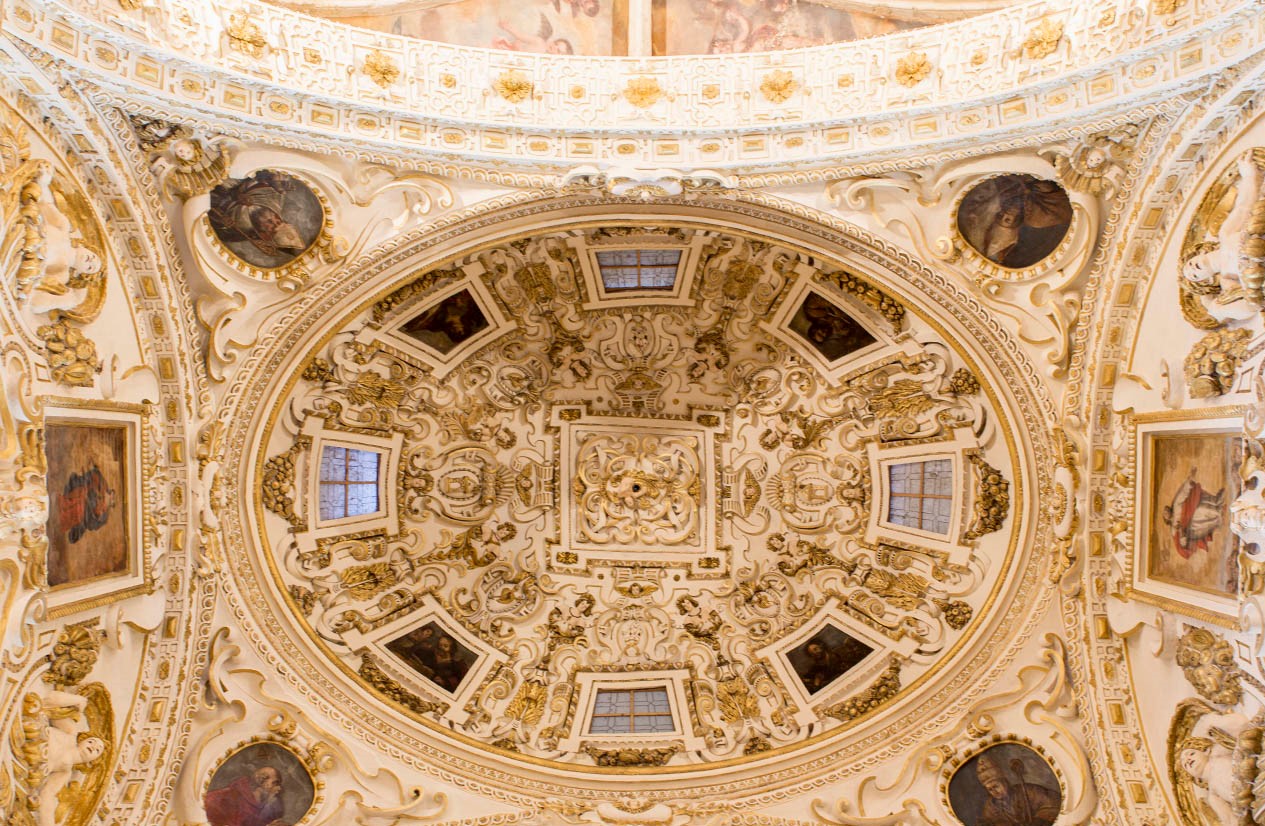 HISTORICAL REVIEW: The Church of San Agustín is located in the Plaza de San Agustín, it begins to build in 1328 with an initial Gothic style existing data on the construction of the main chapel in 1335. The current aspect of the Church is the first third from the 17th century, 1623, a profound remodeling was carried out.

The temple maintains three naves, two lateral ones and a central one of great size and height, presenting cover of century XV. However, the tower, with two bodies of bells, was built in the sixteenth century. They emphasize the vault of the central ship, profusely decorated by means of plasterwork and mural paintings that represent scenes of the Creed, and the Immaculate one, located in the choir and that is attributed to Cristóbal Vela. It is worth noting the rich heritage of the altarpieces, carpentry, paintings, and altars. The pillars used at the head and on the cruise are coded; the capitals, little worked, has ornaments of leaves and birds.

The church suffers a significant deterioration in the nineteenth century, during the French invasion, being subsequently restored on several occasions.

In the decade of the 70, it closes, beginning its restoration in the period of 1981-1984 in charge of the General Direction of the Artistic Patrimony of the Ministry of Culture. The decks of the central nave, the transept, and the south side are replaced. In addition, the forging of the choir and the south wall was reinforced. Between 1989 and 1992, the Ministry of Culture of the Junta de Andalucía undertakes works of sanitation of soil moisture and armed floor of the church. The support of the south vault of the transept is supported and zunchan. Also, they reinforce and fix the plasterwork of the central nave and the façade is reformed.

However, the neglect of the Church draws the attention of a series of students of History of Art led by José García Román who created the association APRISA (Association for the Restoration of the Church of San Agustín) and supported by a neighbor Llanos y Julián Hurtado, they managed to put pressure on the estates necessary for its restoration to take place.

Thanks to this activism is achieved in 2003 when, thanks to the Bishopric, the Ministry of Culture and Cajasur resume the reform, restoring the pillar of the cruise, reinforcing the lateral vaults and fixing plasterwork; restitution of the slab of the south nave; restoration of the apse and presbytery roofs, the north and south facades and the library access staircase.

In 2006 the aesthetic renovation of the interior of the church is carried out when the restoration works to return all the chromatic richness of the church, finding among other new wall paintings under whitewashed and repainted, belonging to the seventeenth century, representing scenes from the nobility of the time -possibly a patron-and St. Augustine ordained bishop Father of the Church.