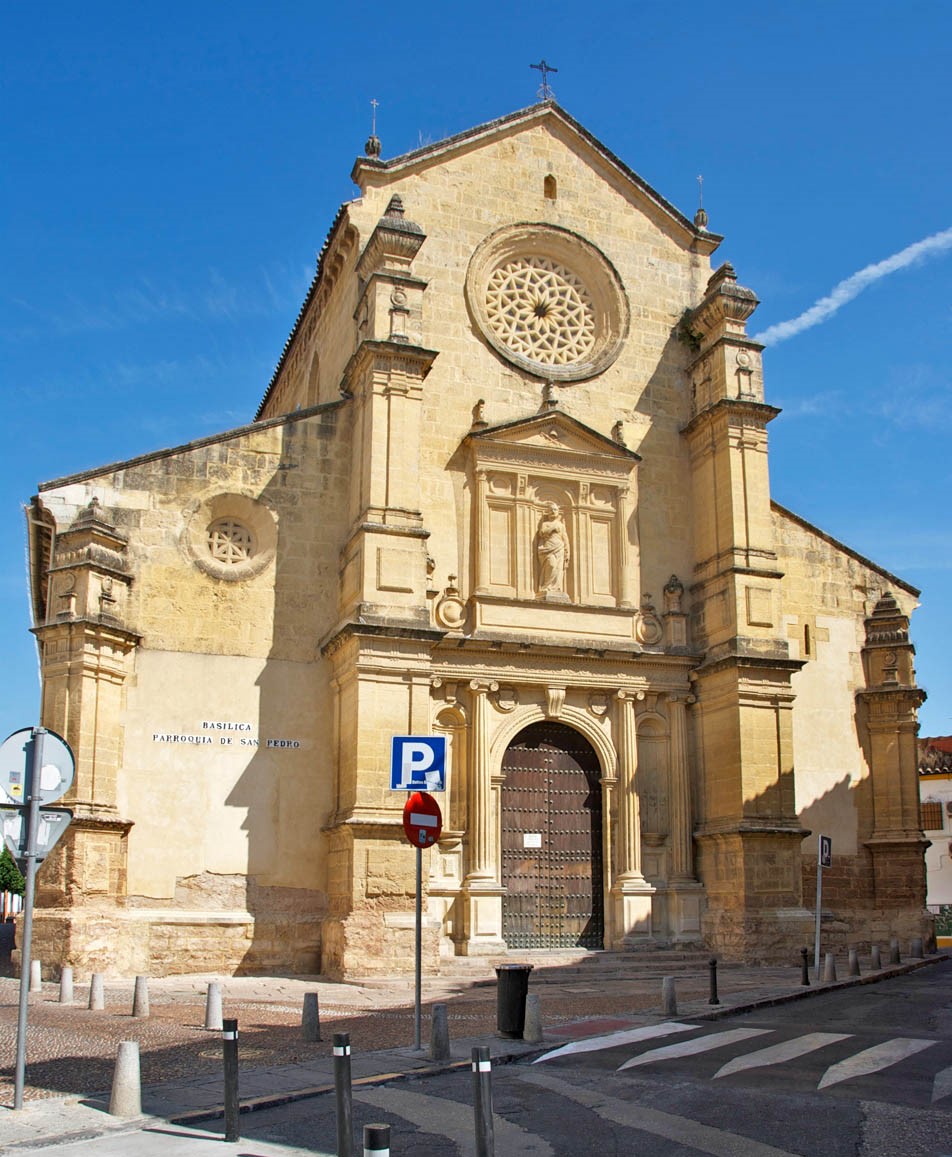 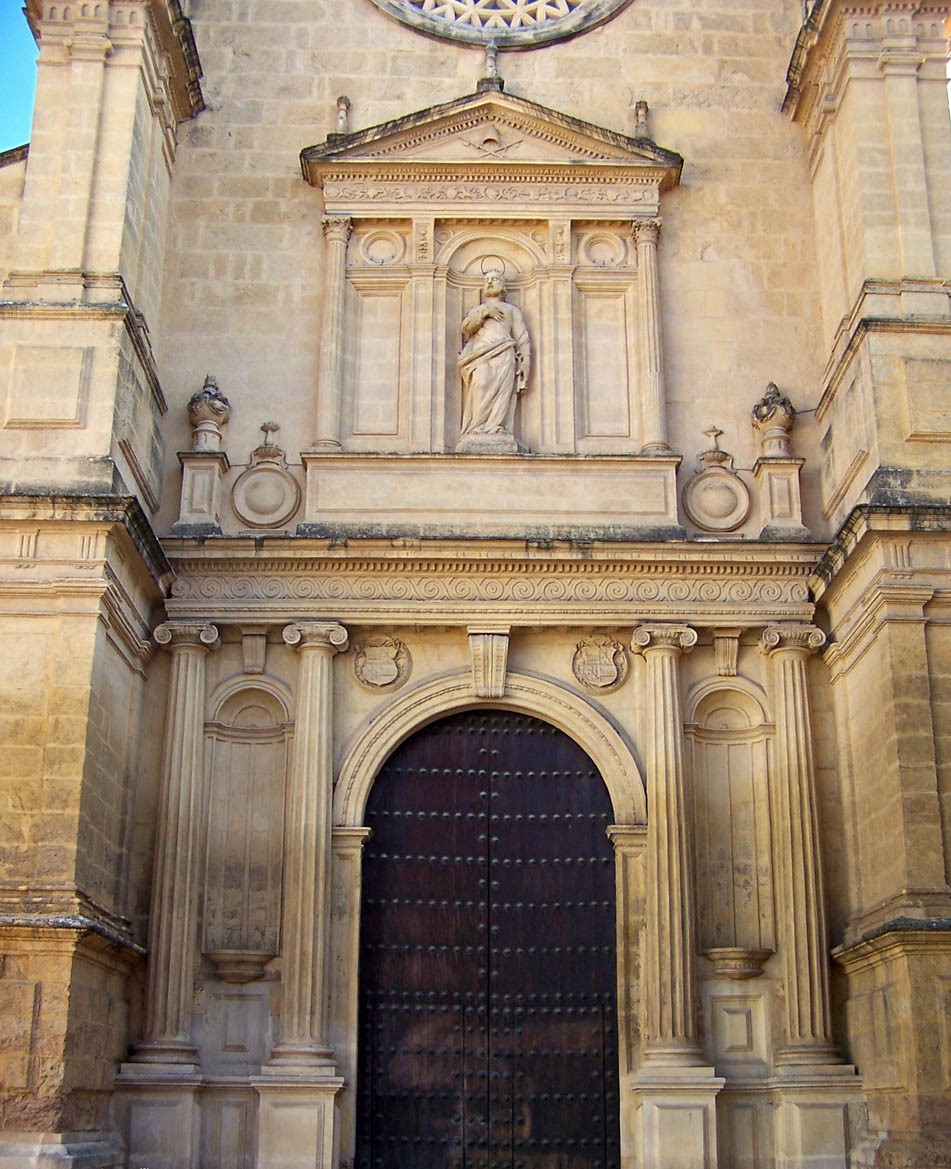 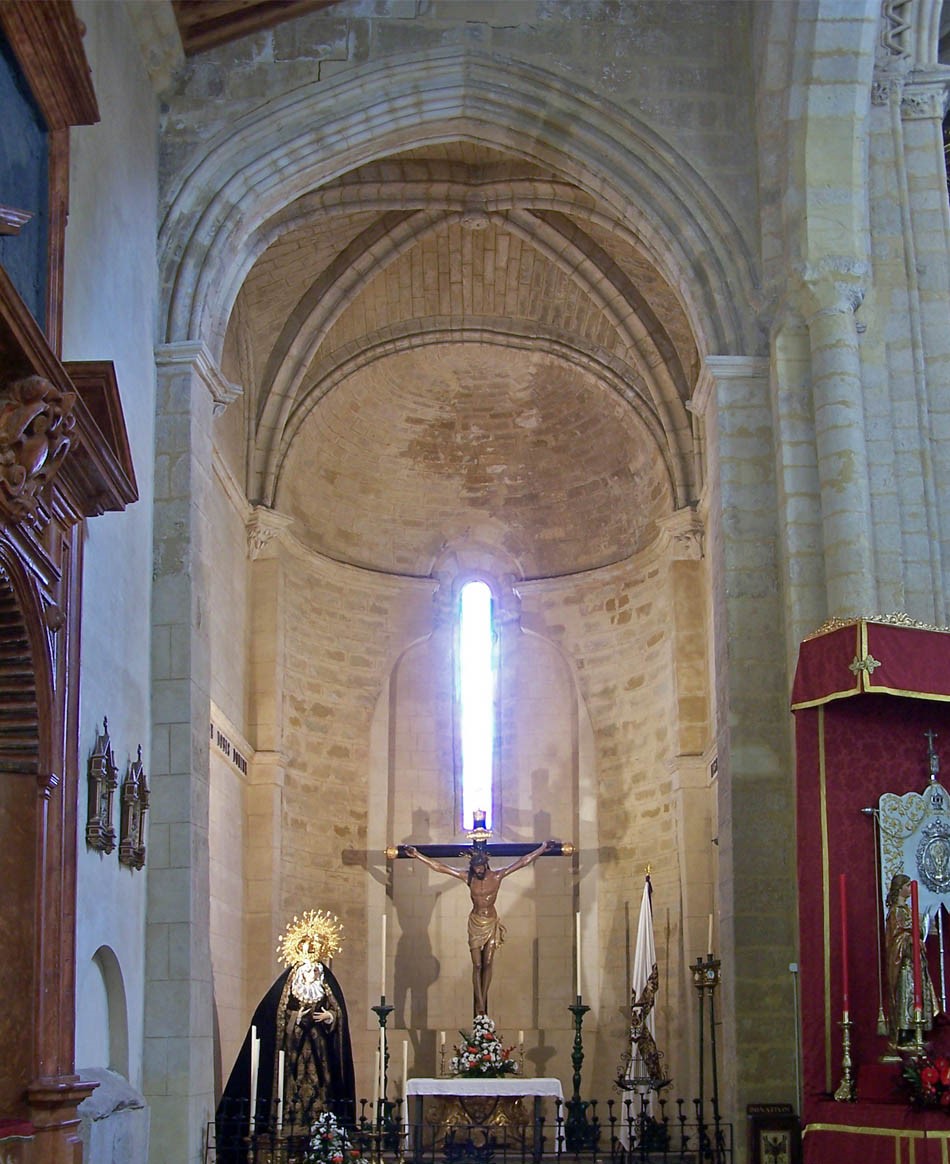 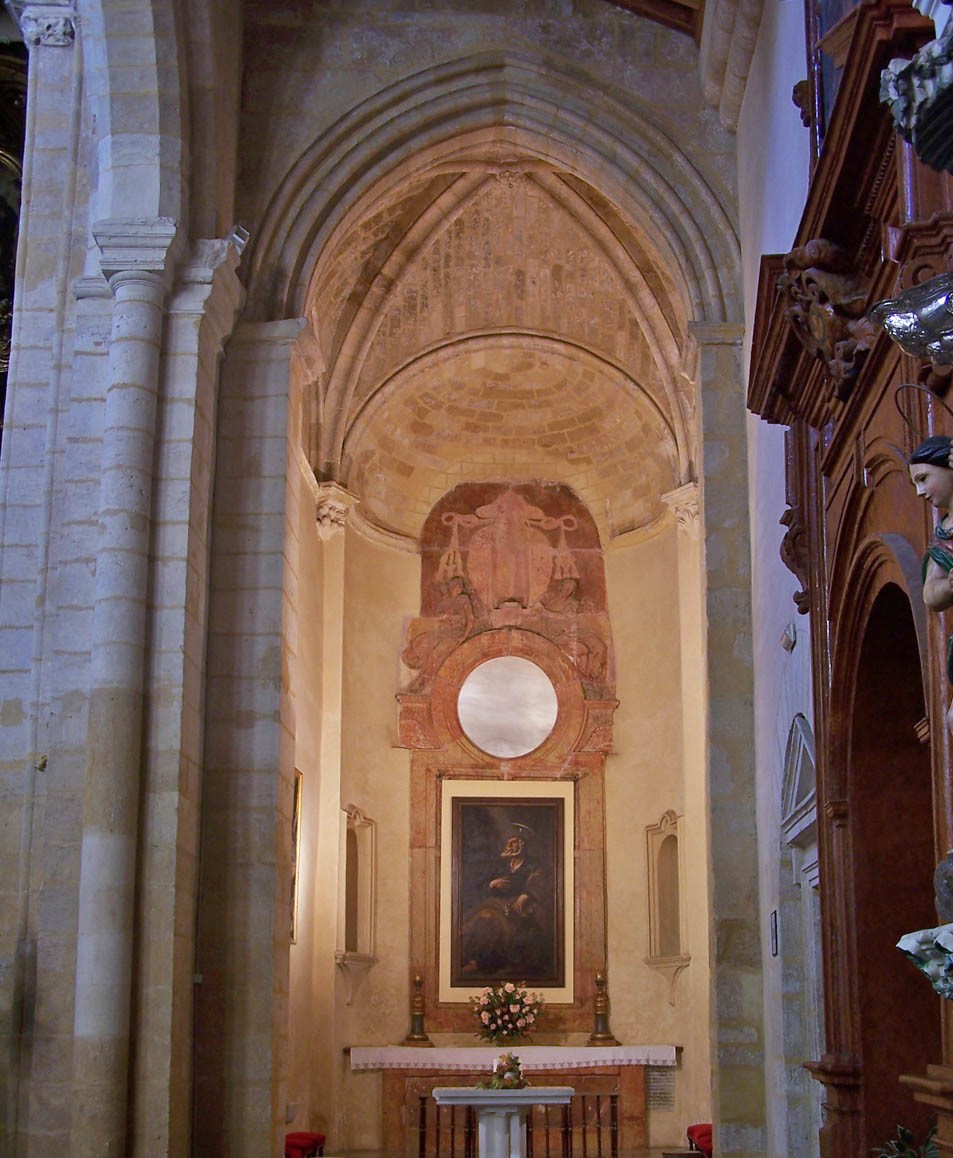 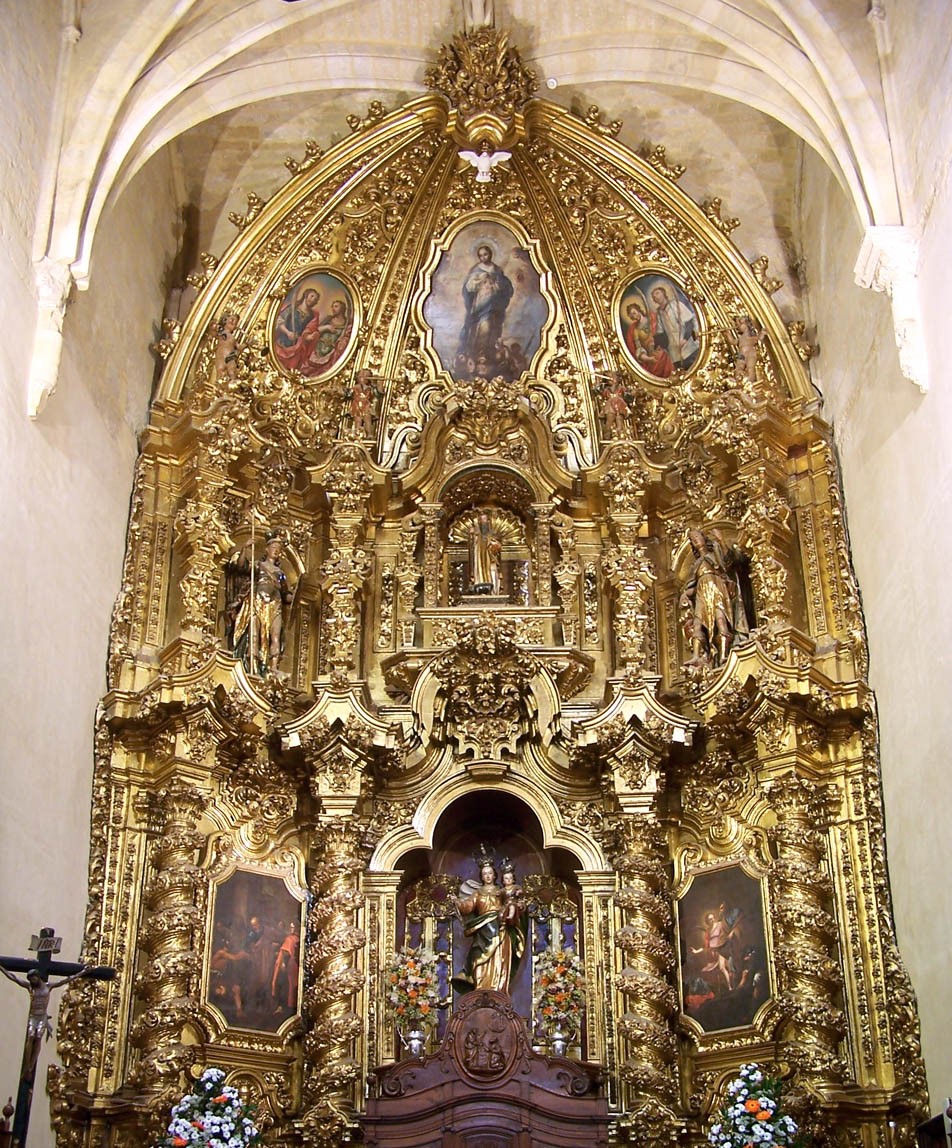 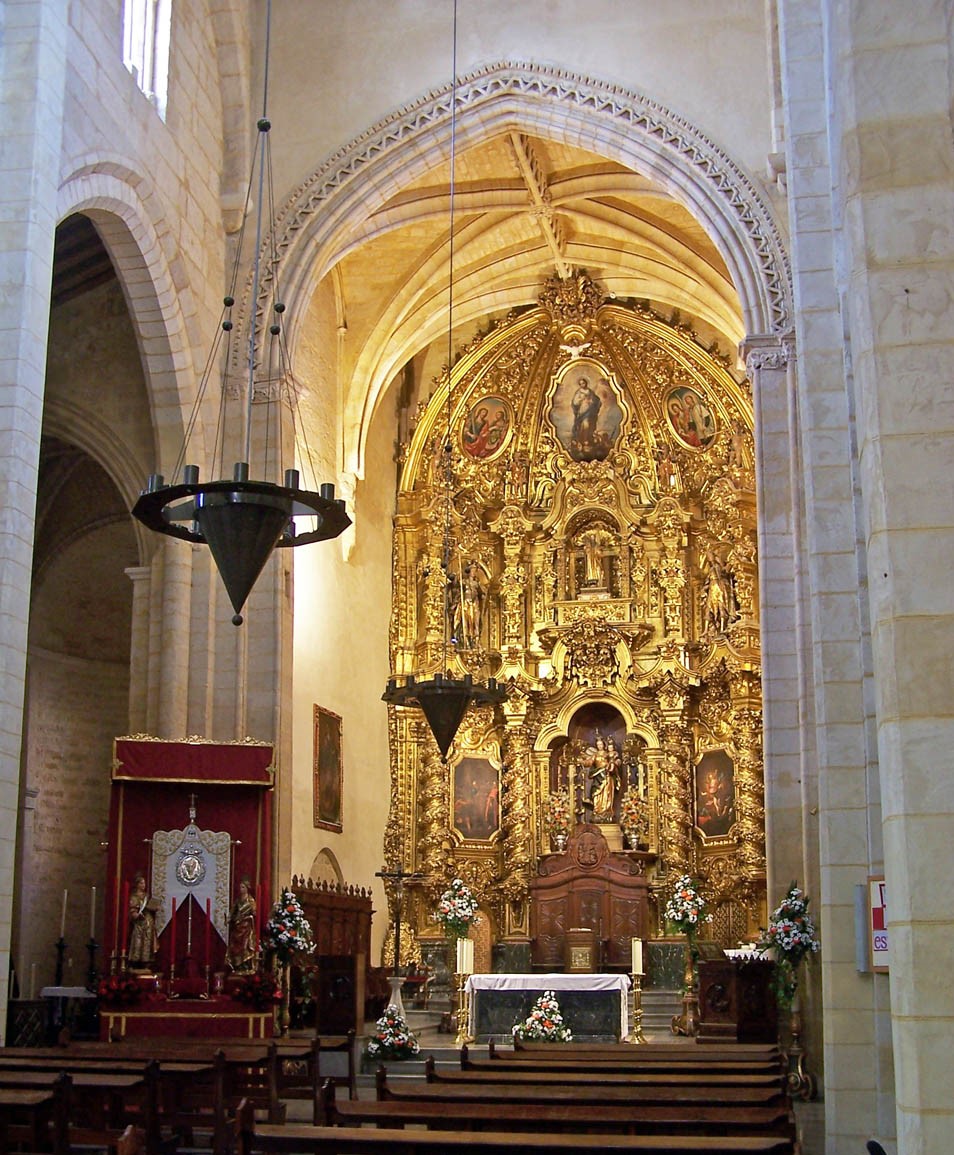 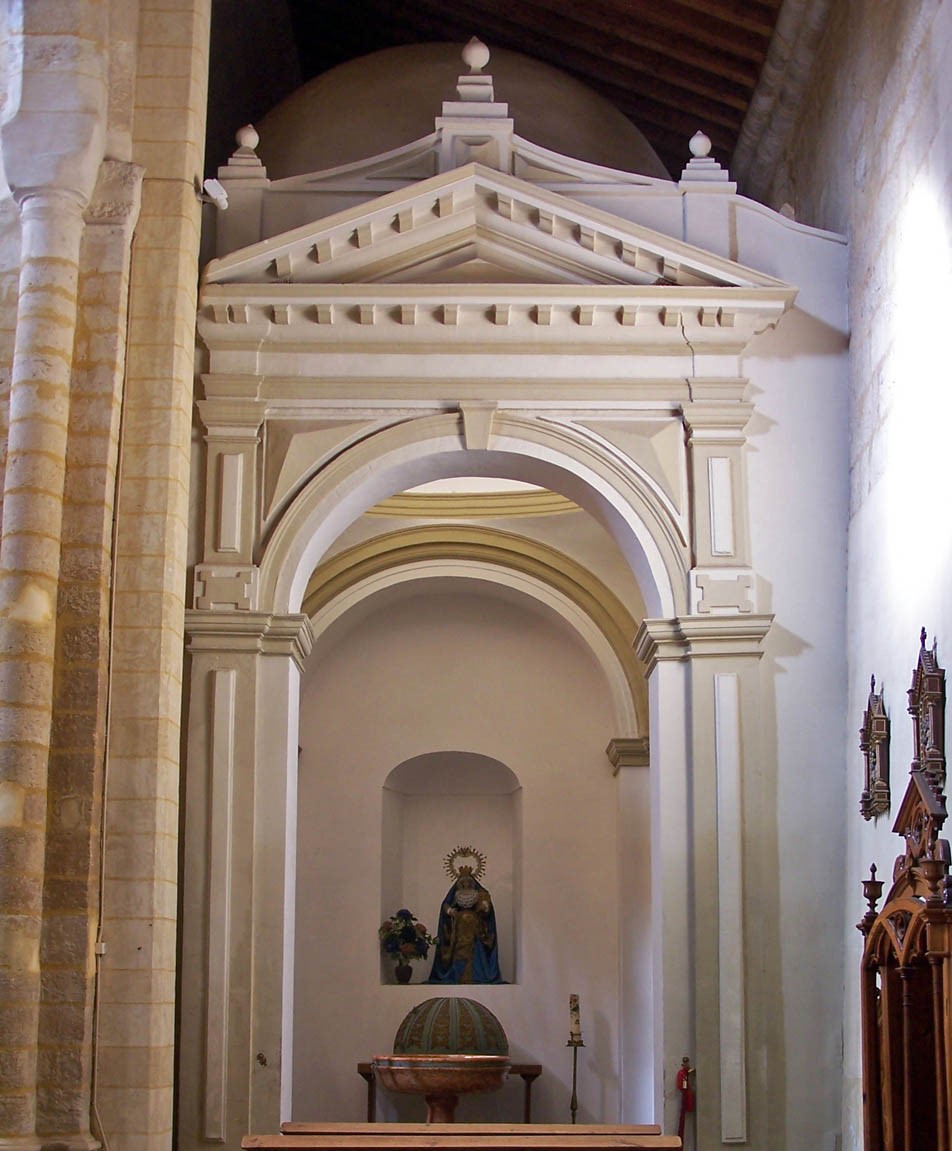 YEAR OF CONSTRUCTION: XIII-XIV Century.
STYLE: Fernandino. Mudejar
LOCATION: Plaza de San Pedro, Córdoba.
HISTORICAL REVIEW: There is evidence of the construction of a basilica in this same place in the fourth century called the Three Saints to house the remains of the Cordovan martyrs Januario, Marcial and Faust. Centuries later and after the conquest of Cordoba by Fernando III, between the end of the 13th century and the beginning of the 14th century, a church dedicated to San Pedro was built on the ruins of the old temple.

Despite being one of the churches founded by Ferdinand III the Saint, its appearance, however, does not present some of the characteristics of the time of its construction, but is the result of numerous reforms that have been the subject of , among which we can highlight the following: Two of the medieval portals are preserved, as well as part of the tower, in which the Mudejar style is reflected. Hernán Ruiz II built a new portal in 1542 due to the poor condition of the original. In that same year, the first major renovation of the church was carried out, affecting the main façade and the pillars of the interior, and a little later, in 1575, the remains of the Holy Martyrs were buried in the basement of the church Cordova.

In the seventeenth century, the tower is completed with bulrush, the head is consolidated, and the interior space is reformed by hiding the armor of the primitive roof by vaults of edge. In the 18th century, the Chapel of the Holy Martyrs was built. At the end of the 19th century, the municipal architect Pedro Nolasco Meléndez planned the realization of some rooms that adjoin the temple. In the year 1986, the temple is closed for its rehabilitation that begins but that is interrupted shortly.

In the year 1993, the detachment of several elements of the cornices is produced. In 1994, the Ministry of Culture of the Junta de Andalucía and the Bishopric signed an agreement for the completion of the works, resulting in the reopening of the temple in 1996. In 2006, Pope Benedict XVI agreed to the declaration of the temple as the Minor Basilica of San Pedro.