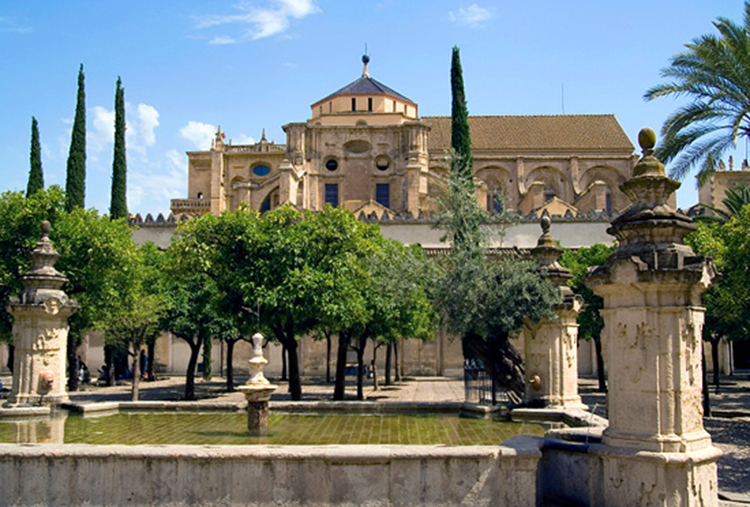 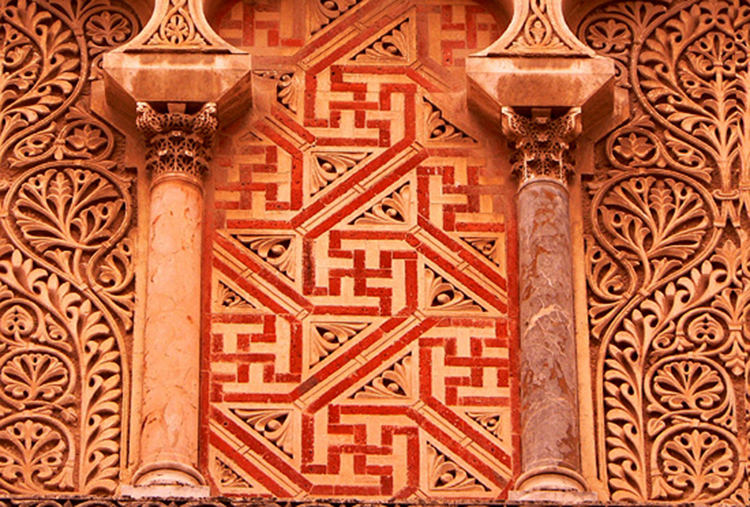 Walks through Cordoba: One of the most important works of art of all time, a World Heritage Site, a marvel of balance and spatial harmony sums up the glory of the architecture of the Caliphate.

Mosque: Built on the old Visigothic basilica, the construction of the original mosque lasted only one year (786). The emirs and caliphs were enlarging it in the following two centuries. Abd al-Rahman III erected a new minaret and widened the courtyard, al-Hakam II increased its depth to where the proximity of the river allowed it - and commissioned the artists of Damascus and Byzantium the dazzling mihrab - and al-Mansur undertook the extension more spectacular, on the eastern side.

From the Jewish quarter to the Campo de los Mártires: From the northwest corner of the mosque, the Jewish quarter, a labyrinth of narrow white streets attached to the walls. Among the abundant tourist shops, interesting buildings such as the Synagogue can be found in this area, the only example that remains of those in the Cordoba Jewish quarter. It was discovered at the end of the last century and subjected to various restorations. Located in the street of the Jews, its construction is dated in 1315; in the sixteenth century, converted into a church, it was owned by the shoemakers' guild. Of rectangular plant, all the walls were covered with ornamental works: the rich plasterworks of the high part are conserved. An inscription reminds the founder of the synagogue, Yishaq Moheb.

Nearby is the Puerta de Almodóvar or the Jews, the only example that remains of the great medieval doors of the city, the fourteenth century, made on the previous X century, when it was called El Nogal door.

From the river to the Plaza del Potro: Next to the current Puerta de Sevilla, with the remains of a defensive complex and small fragments from the pre-10th century, the western wall that descends towards the river starts, a Christian work from the 14th and XV, with barbican and pit. Along the Alcázar avenue, next to the stretch of Christian walls, there are some Muslim mills. Located on the banks of the Guadalquivir, near the bridge, its function was to provide water for irrigation of the gardens of the Alcázar and the Mosque. One of the most important is the wheel of the Albolafia, which appears on the seal of the city, and owes its name to a certain Abu-Afiya. It is identified with the remains of an ancient Almohad palace. In the sixteenth century it was already used as a mill, and has been reformed several times.

From Villa to La Corredera: San Nicolás de la Villa is one of the oldest parishes in Córdoba, a prototype of churches from the Fernandina conquest period, starting in 1236. Despite the time, the original Mudejar structure is distinguished. It has an airy 15th century tower that takes advantage of the old Muslim minaret. The temple has two doors, the oldest on the south side; the one of the north, gives to the walk Great Captain and is work of Hernán Ruiz II in 1555.

Other temples of the area of the Villa, are the church of San Hipólito, founded by Alfonso XI in 1343 as a royal pantheon, but whose works were not completed until 1736; the hermitage of Our Lady of the Joy, of century XVIII and the church of San Juan and All the Saints, that belonged to the old convent of the Trinidad, founded on 1241.

From San Lorenzo to Plaza de Colón: The parish of San Lorenzo is located northeast of the Ajerquía, the area that was outside the walls. Its location was occupied by a mosque. The first body of the tower belongs to the old minaret, which Hernán Ruiz II transformed in 1555. Nearby, the church of San Rafael was built at the end of the 18th century. Towards the east, the former convent of the Trinitarians, and the Almoravid walls of the Marrubial, of the eastern fence are located.

In the neighborhood of Santa Marina there is another Fernandina church, founded in 1328, reformed in the seventeenth century. Don Gome square is presided by one of the most outstanding civil buildings, the Palace of the Marquises of Viana, whose origin dates back to the fourteenth century, which is preserved as a museum. Its main staircase, its fourteen patios and numerous rooms stand out. The church of Santa Marina, heart of this collation; also belongs to the temples founded by Fernando III after the conquest. Late Romanesque and Gothic elements, interpreted with Mudejar inspiration, merge into it. In the square, a monument to the bullfighter Manolete observes the facade of the church.