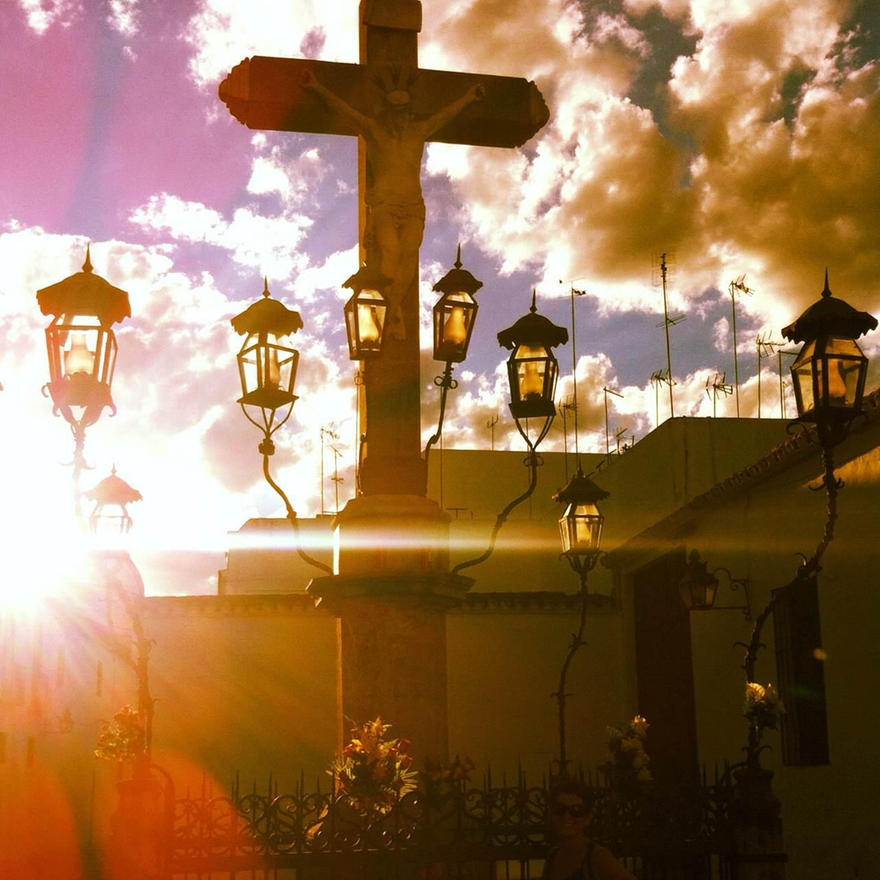 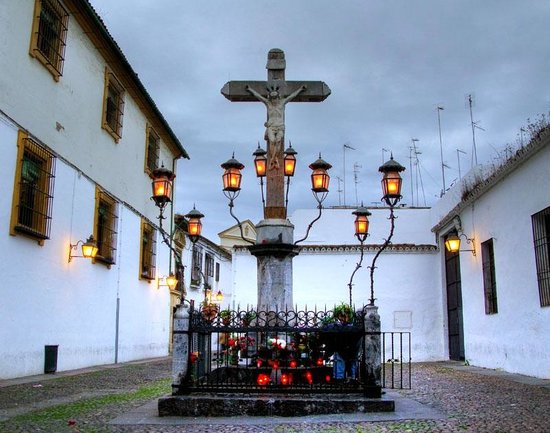 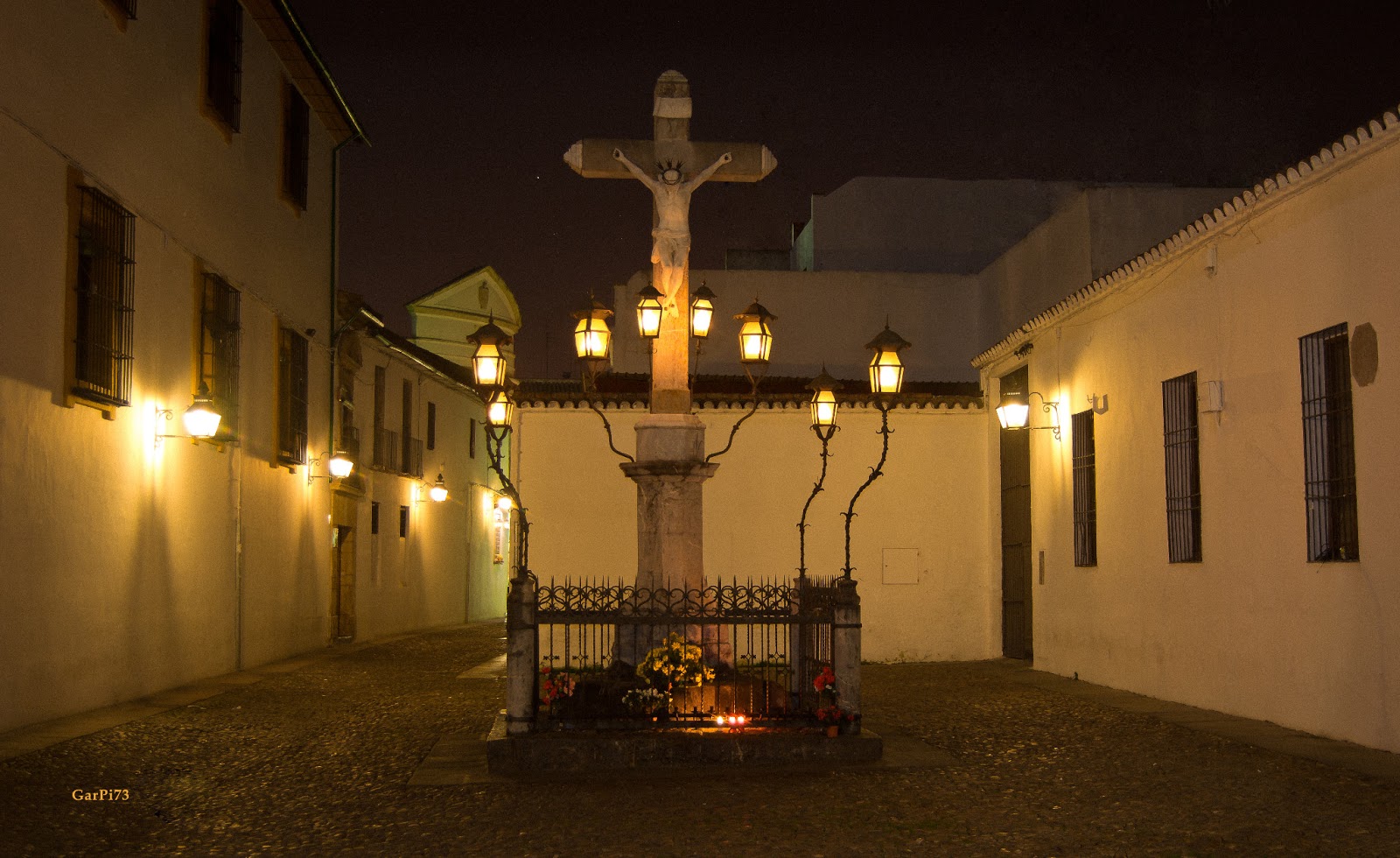 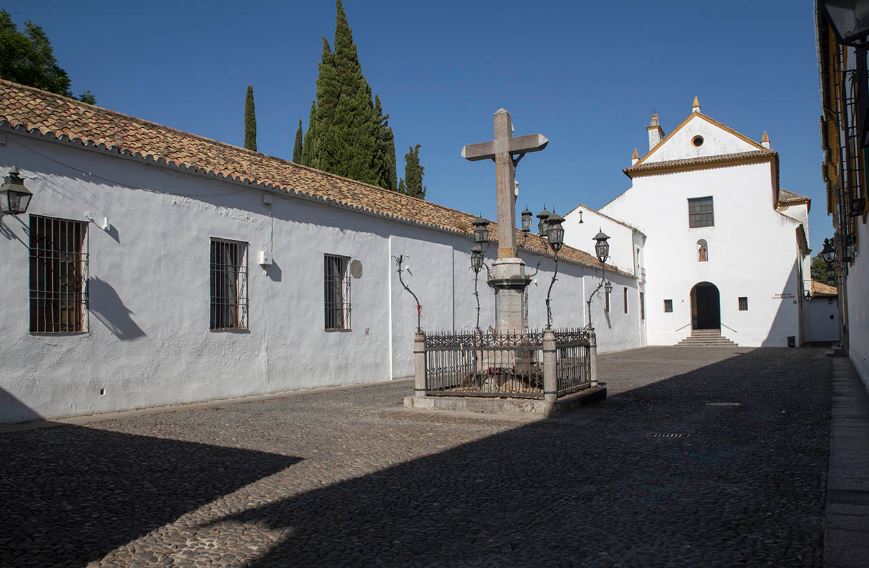 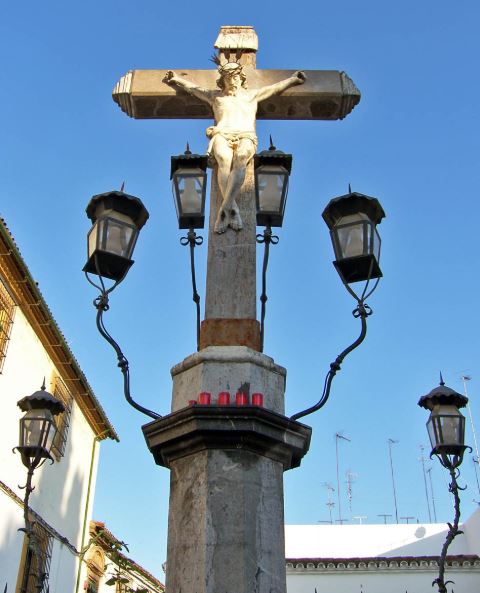 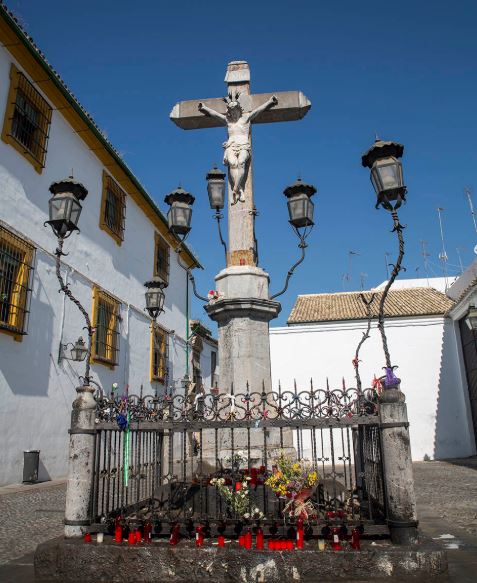 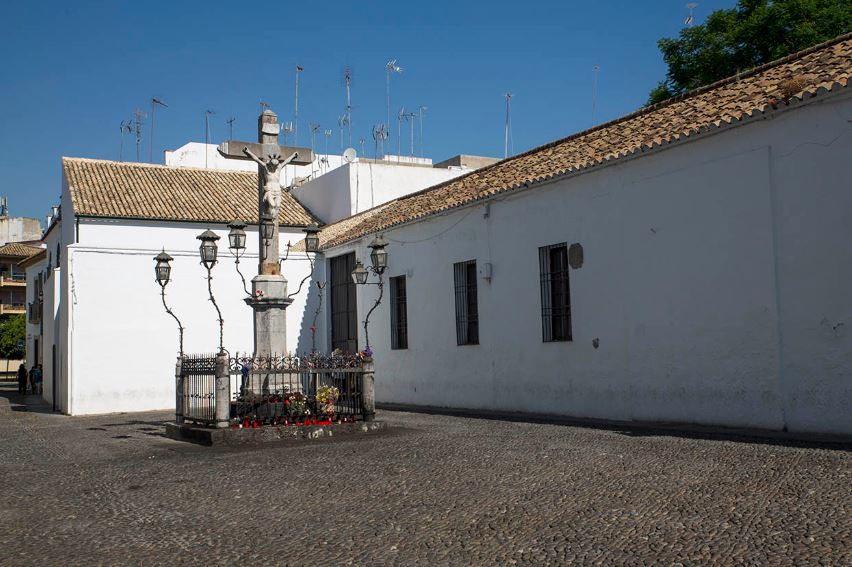 Description. The Cristo de los Desagravios y Misericordia, popularly known as the Christ of the Lanterns, was made by the sculptor Juan Navarro León in 1794, and its promoter was the Franciscan capuchin Fray Diego José de Cádiz. Nestled in one of the most traditional places in Cordoba, the Plaza de los Capuchinos, the Christ of the Lanterns is lit by eight lanterns that surround it and give it its popular name.

The current physiognomy of the Christ of the Lanterns has its origin in the gates that were erected in the 20s of the twentieth century and its lanterns were replaced by more sullen ones in the year 1984. Formerly, the Plaza de Capuchinos belonged to the patio of the Convent of the Santo Ángel (Capuchinos), this congregation donated to the city, among other things, as a place of transit between two very popular neighborhoods of Córdoba.

The Christ of the Lanterns has been the subject of innumerable songs, among them, the most famous, of the same name, played by Antonio Molina and which was the basis for the 1958 film, Cristo de Los Faroles. In 2005, a processional march by Miguel Angel Font (Seville) was premiered and given to the costaleros brothers of the Christ of Humility and Patience of the Brotherhood of Peace.