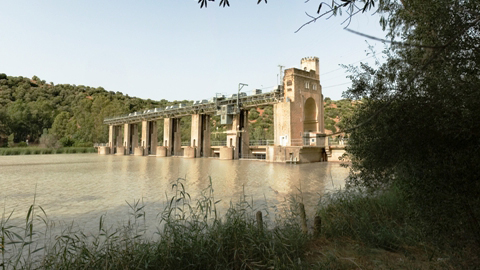 It is placed to an altitude of 138 meters and up to 30 kilometers of the capital of the province, Cordova.
The current population of The Carpio arose about a towering strength, ordered to construct for Garci Méndez de Sotomayor, during the first third of the 14th century.

The founder of The Carpio, Garci Méndez de Sotomayor, belonging to the lineage of the Méndez de Sotomayor, before his participation in a series of facts of weapon in the from Granada border during the reign of Alfonso XI, gave the orders to construct in his lands next Alcocer (the former Moslem Al-Qusayr), a tower strength, which was realized by the teacher Mahomad, master builder, and by the worker Ruy Gil. The above-mentioned building, which got up in a hill - meaning of the toponym The Carpio - for a better domain of the lands, finished in the year 1.325.

The territorial extension that includes the current municipal area of The Carpio formed a part in the antiquity of the Roman municipality called Sacili Martialium. An urban core was placed in the farmhouse of the Alcurrucón - Pedro Abad-'s municipal area - that had a range of municipality of Latin right and there was integrated to the juridical agreement native of Cordoba, equivalent to the judicial demarcation.
The current territory of The Carpio was, in the Roman epoch, a zone of strong rural implantation, since it is proved by the remains of villas found in The Strike, site of the Sheep-walk, the farmhouse of the Valley, tunnel of Mengemor's dam and Alcocer's village. These villas confirm a great agrarian activity that estaréa concentrated in the culture of cereals, as is confirmed by the appearance of a field of underground silos of an enormous capacity of storage close to San's Pedro hermitage.

The current villa of The Carpio was founded in the 14th century through his lands already were populated in Moslem epoch, being located in them the population of Alcocer. Alcocer was conquered by Fernando III in 1240, being later (1245) donated his villa and strength to the council of Cordova and delimited the terms of his parish.
They stand out: the Tower Garcí-Méndez, the Ducal Palace, Parish of Our Lady of the Asuncion, the Jump of Water and Electric power station.