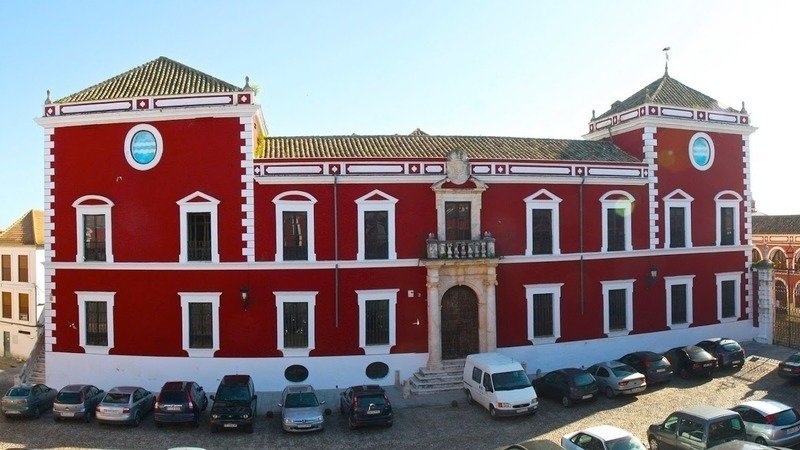 It is the most important building, close to the church of Holy Sea-coast, of Fernán Núñez, built between 1783 and 1787 on the ruins of an old military construction known as " the castle " which suffered serious hurts in the earthquake of 1755.

Front of Fernán NúñezLa's Ducal Palace designs of attacking the construction of a palace on the ruins of the former castle, Count Carlos Jose conceives her being An Ambassador, in Lisbon, of Carlos III before the kings of Portugal. The set was sent from Lisbon by the own Count in 1783 and he believes himself reproduces the front of the palace you give Needs, where the embassy of Spain was installed.

The Ducal Palace consists of two plants. The ground floor receives the dependences of offices, files, rooms of meetings, chapel, kitchens, dining rooms and dependences for the servitude. The high plant, to which one accedes for a beautiful white mottled perron that in the antiquity was decorated by busts of Roman origin, contains spacious rooms and lounges that were destined for the lordly mansion. Nowadays the rooms lack of usefully someone.

The more emphasized from the building they are both towers that crown it, the menor of which it is mounted on the massive tower, or Fernán-Núñez's tower of You Are afraid, that it gave origin to the current emplacement of the people.

Gardens of Palace
After the buildings, there are the gardens, very beautiful, that arrange in three staggered terraces, where the lemon trees and orange trees abound. In the gardens there exist three sources that are supplied of the water that leads an old conduction of Roman origin.
At present, the gardens have been restored and illuminated for his visit in the summers months.