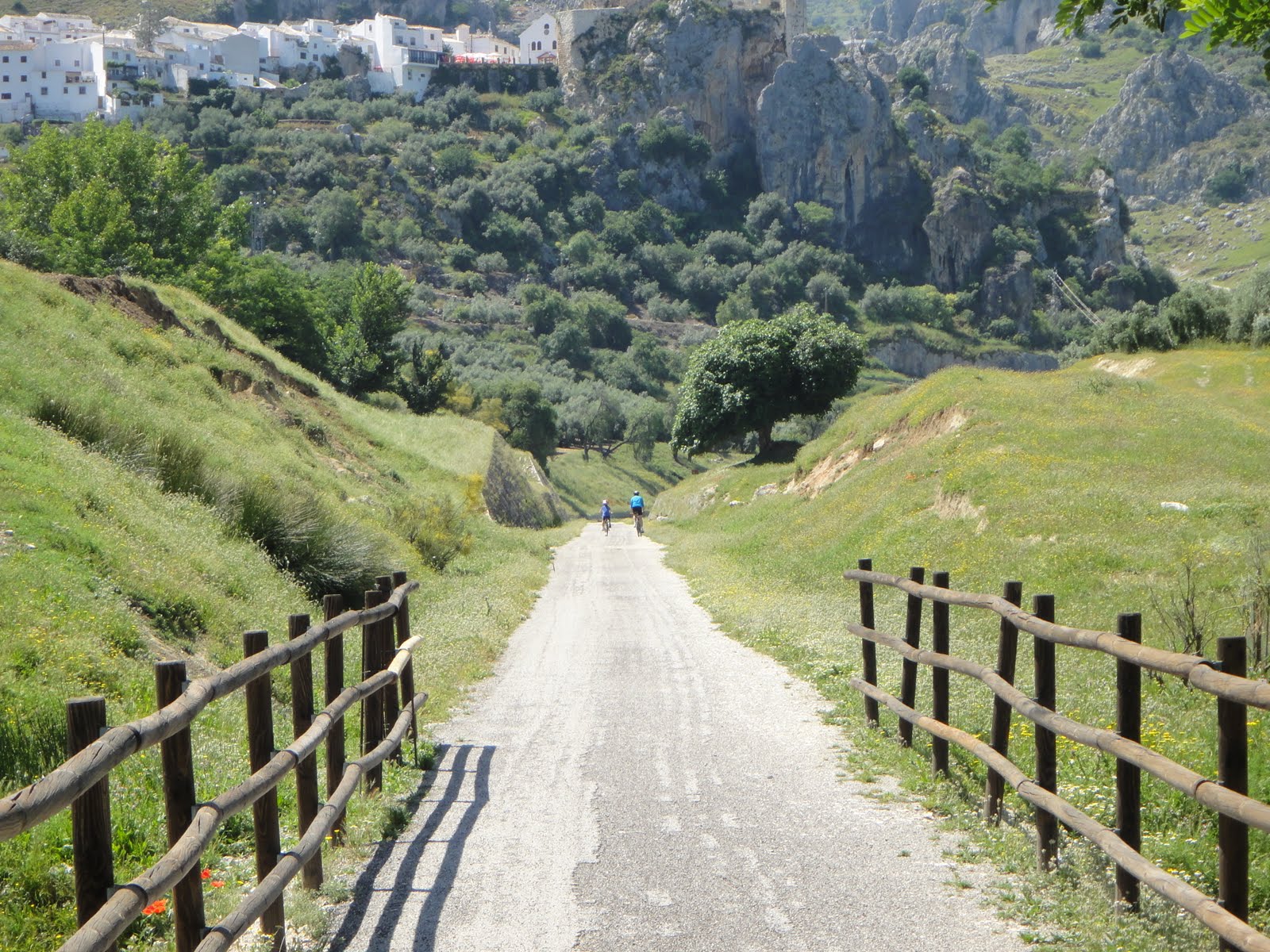 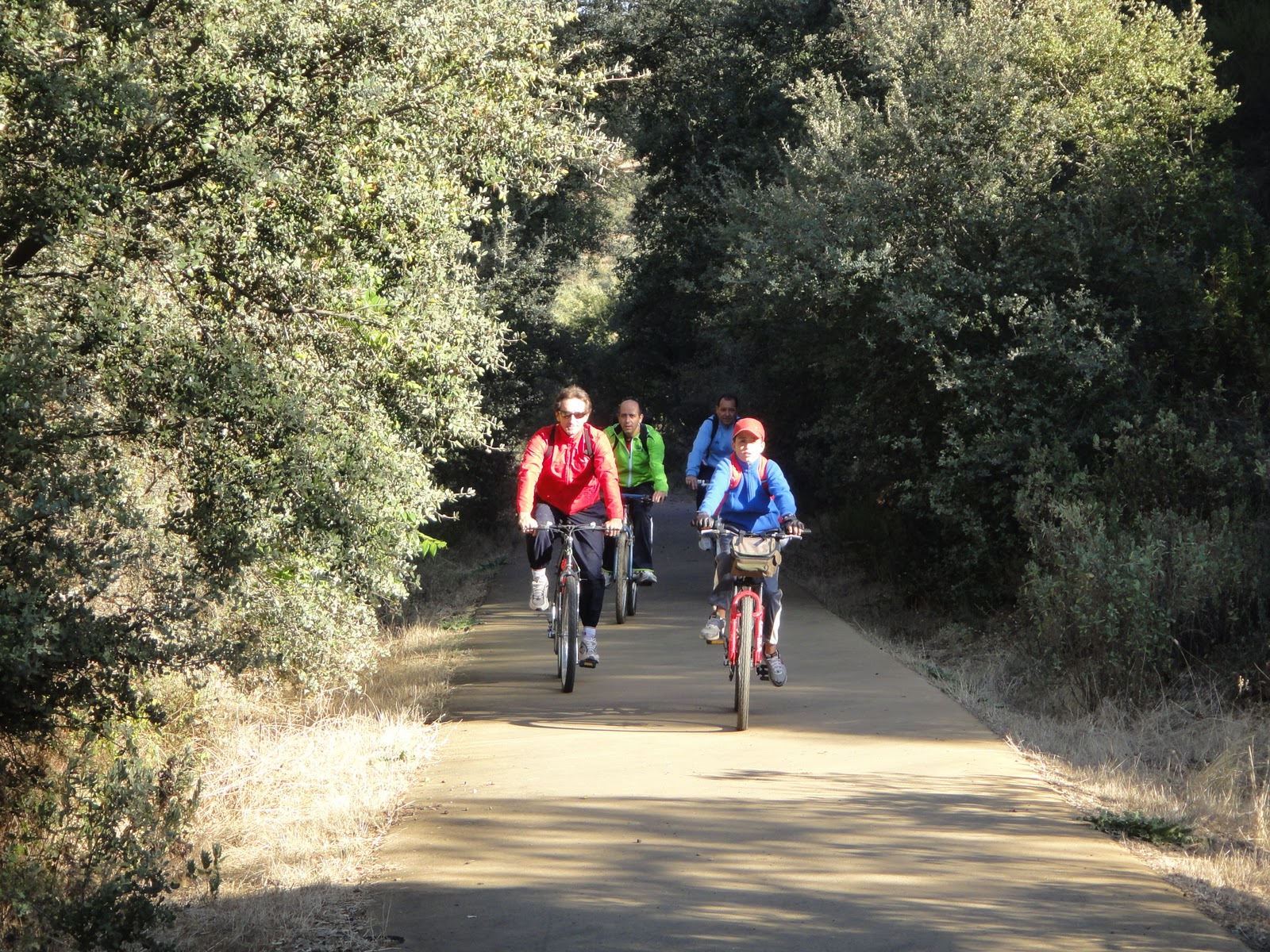 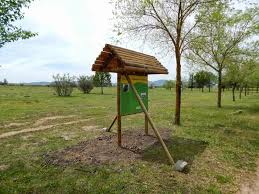 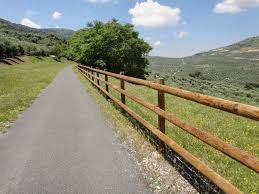 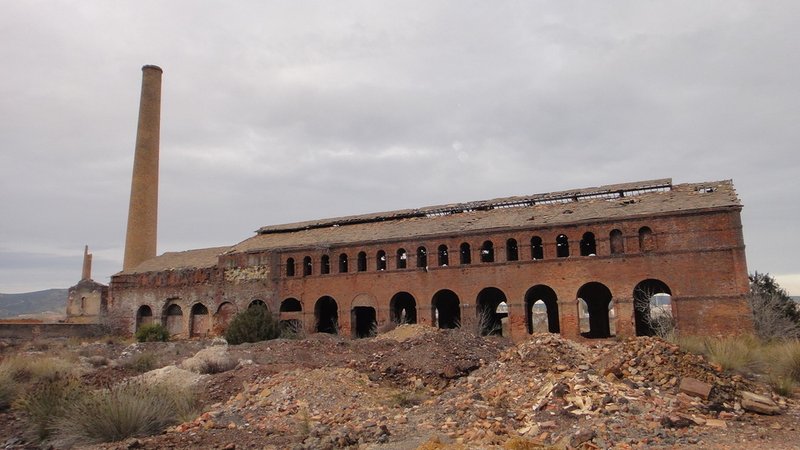 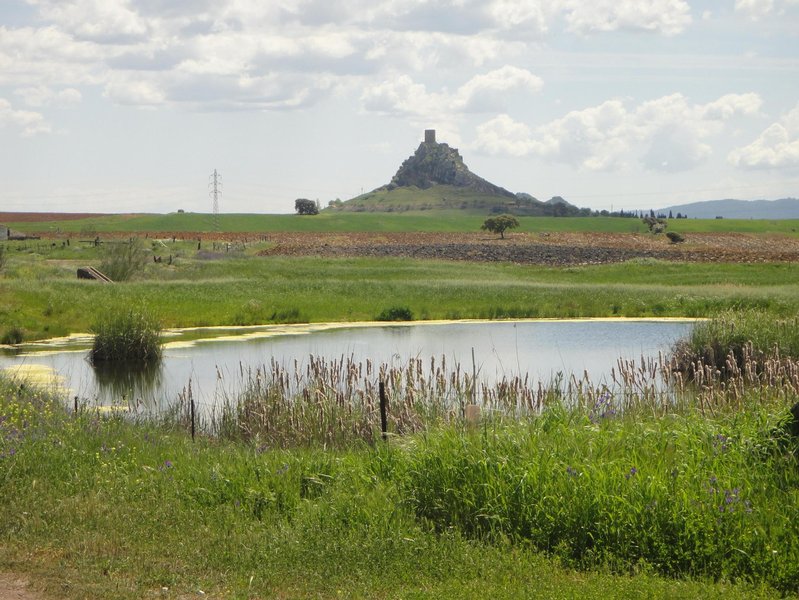 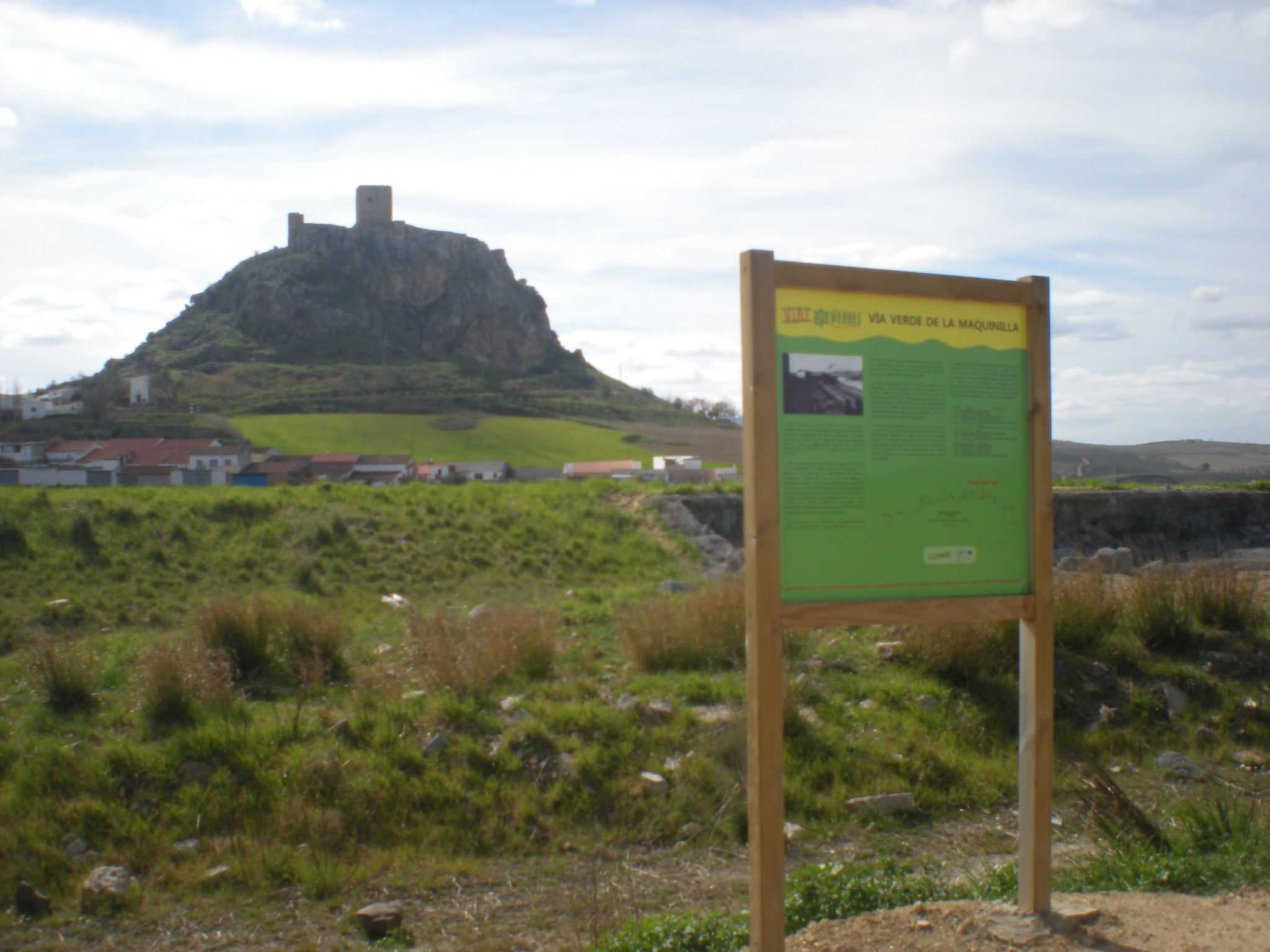 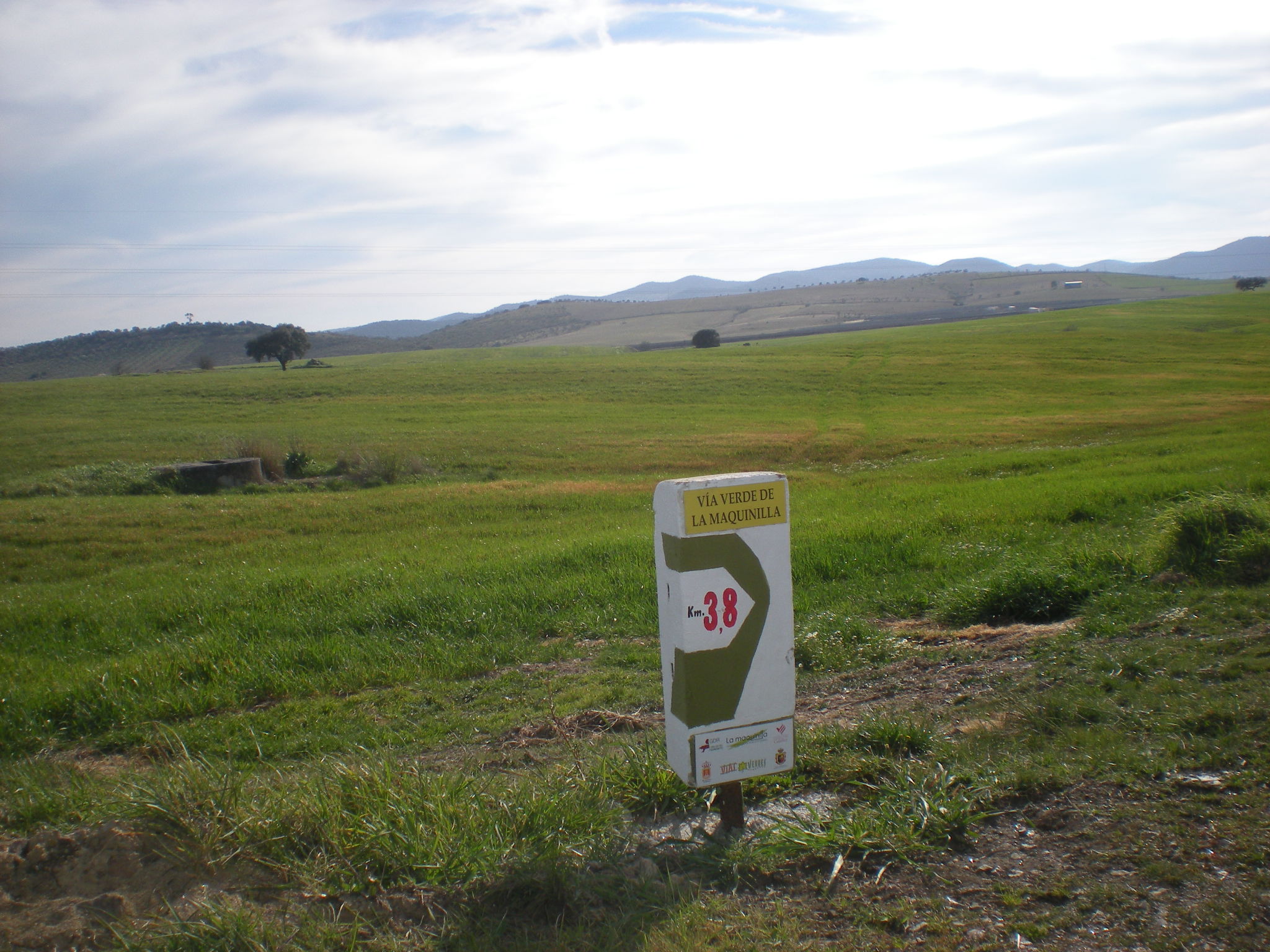 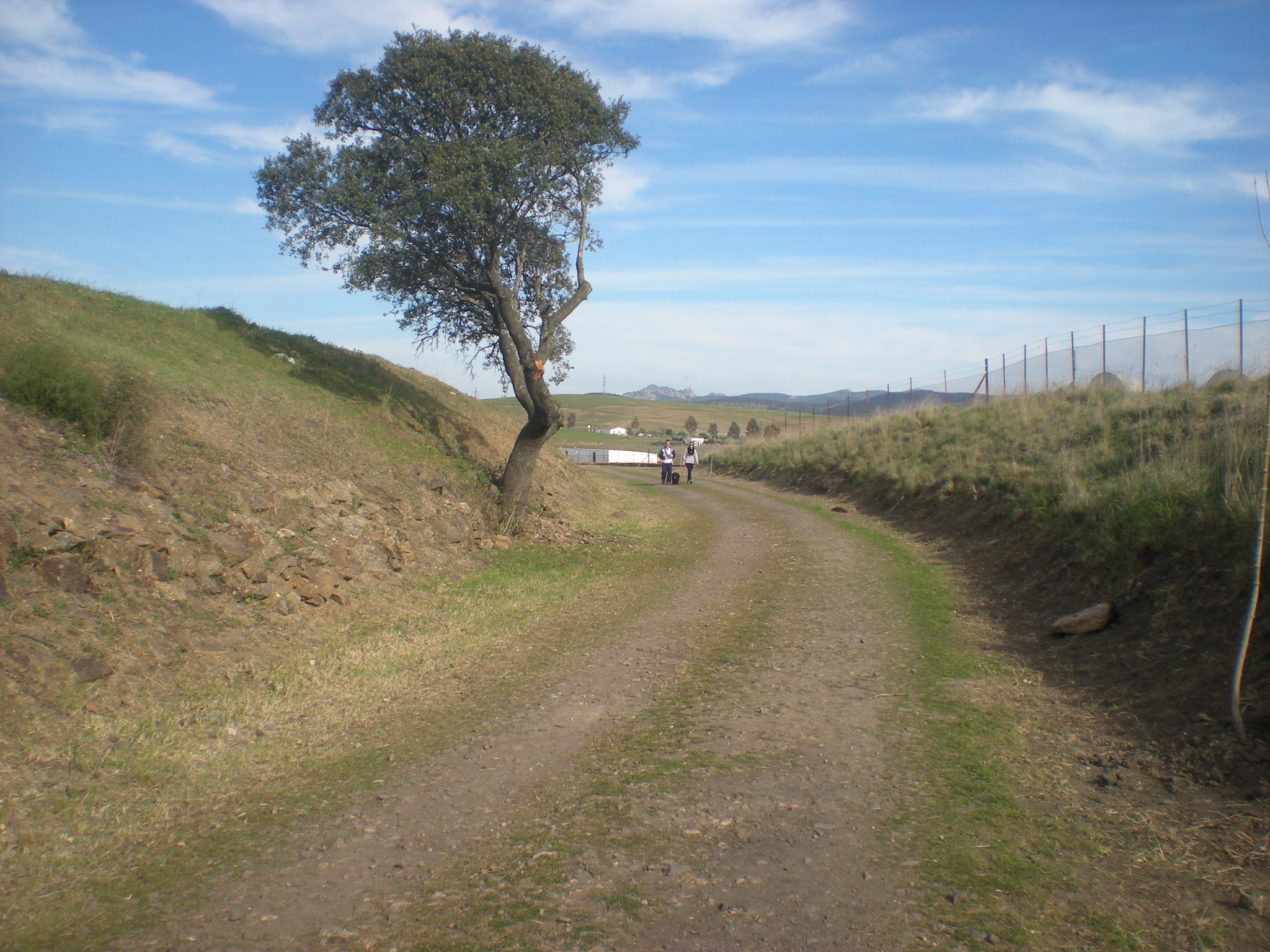 GREEN ROUTE OF THE MAQUINILLA

It is 8 km long and is the ideal route if you like industrial architecture. Of low difficulty.
It connects the towns of Belmez and Peñarroya-Pueblonuevo through the platform of La Maquinilla, the old mining railroad that goes from Cabeza de Vaca to El Porvenir de la Industria. Its profile is practical, so it is ideal to be traveled on foot or by bicycle by people of all ages.
We must highlight its variety of landscapes.
It was born in the pass house at the level of the real highway in Córdoba, near the wells Belmez, Aurora and San Antonio, old coal mines.
Surrounding the urban area of ​​Belmez for almost a kilometer until you reach the vicinity of the hermitage Virgen de los Remedios. Here it merges with the narrow gauge railway from Peñarroya to Puertollano, whose Belmez-Ermita station has been converted into a restaurant and municipal swimming pool.
Both in the future industrial park and at the beginning of the road, as in this point, there are enough parking for those who get in car. You can also start the tour from the center of the town, after visiting its main monuments or visit the Historical Museum and the Mining Territory, which introduces us to the past of the basin.

After kilometer 4 of the old mine shaft "Las Palomas", it was the only coal mine in the basin with galleries located below sea level. You can already see El Peñón and the large chimneys of the old industrial fence of Peñarroya. From here, we enter the old open pit mines of Ana, Terrible and San Miguel leaving behind a very degraded land, "Las Gachas", now recovered as a peri-urban park, which allows us to follow a path very close to the original, surrounded by lagoons and trees.
A viewpoint enabled in the old Well No. 3 serves to contemplate the reservoir of Sierra Boyera, on the Guadiato River, and a general view of the Industrial Siege. Not far away we can see Fuente Obejuna, immortalized for centuries by the pen of Lope de Vega. We also see the station of Peñarroya and the railway line Almorchón-Belmez-Córdoba, now used by the coal trains in the direction of the thermal power station of Puente Nuevo.
As a monument to what was mining in this region, we passed next to the derrick of Pozo No. 4, and finally entered the Industrial Circle of Peñarroya. Highlights here the largest group of industrial chimneys in the South of Spain, up to 35 meters high, and the set of buildings that have been formed since the late nineteenth century around the lead smelter of the SMMP, which dates from 1891 and which in its day was the largest in Europe.

Also worth mentioning are other constructions, such as the Nave Nordon, the Vagones ship, the old Thermal Power Plant, and the restored naves of the Yutera and the Central Warehouse. It will be here where our Green Route of the Maquinilla ends, next to the Plaza de Santa Bárbara, in the center of Pueblonuevo.
Also here we will have a spacious parking, however, we can continue the route by the four kilometers of the bike path that, using the platform of the narrow road from Peñarroya to Puertollano, surround the French Quarter and the urban area of ​​Pueblonuevo, passing next to the superb building of the Direction of the Mining and Metallurgical Society of Peñarroya, the old Mining Hospital, the French School, the Flour Factory and the Narrow Gauge Station of Pueblonuevo del Terrible.