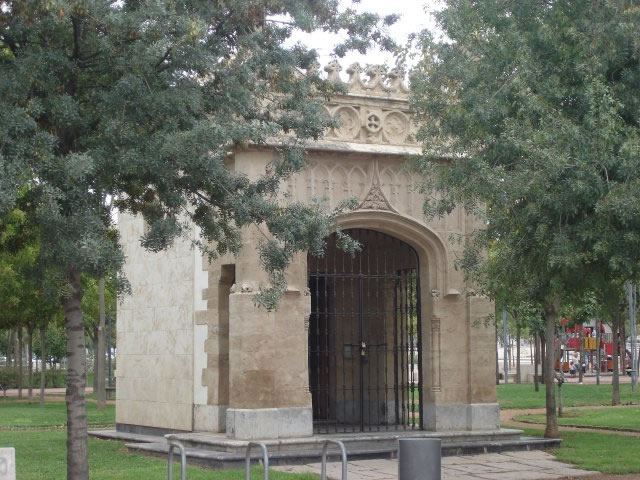 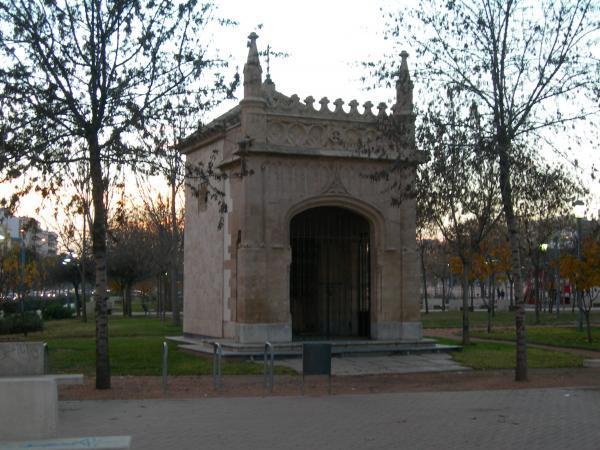 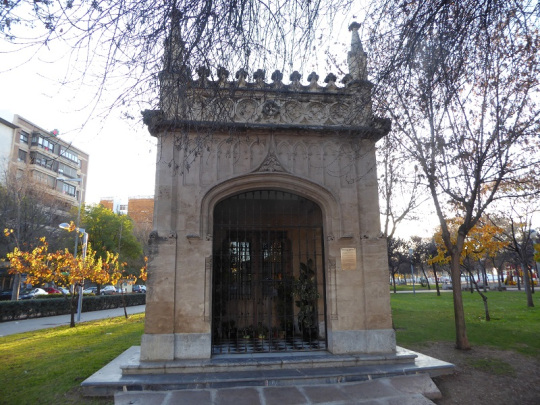 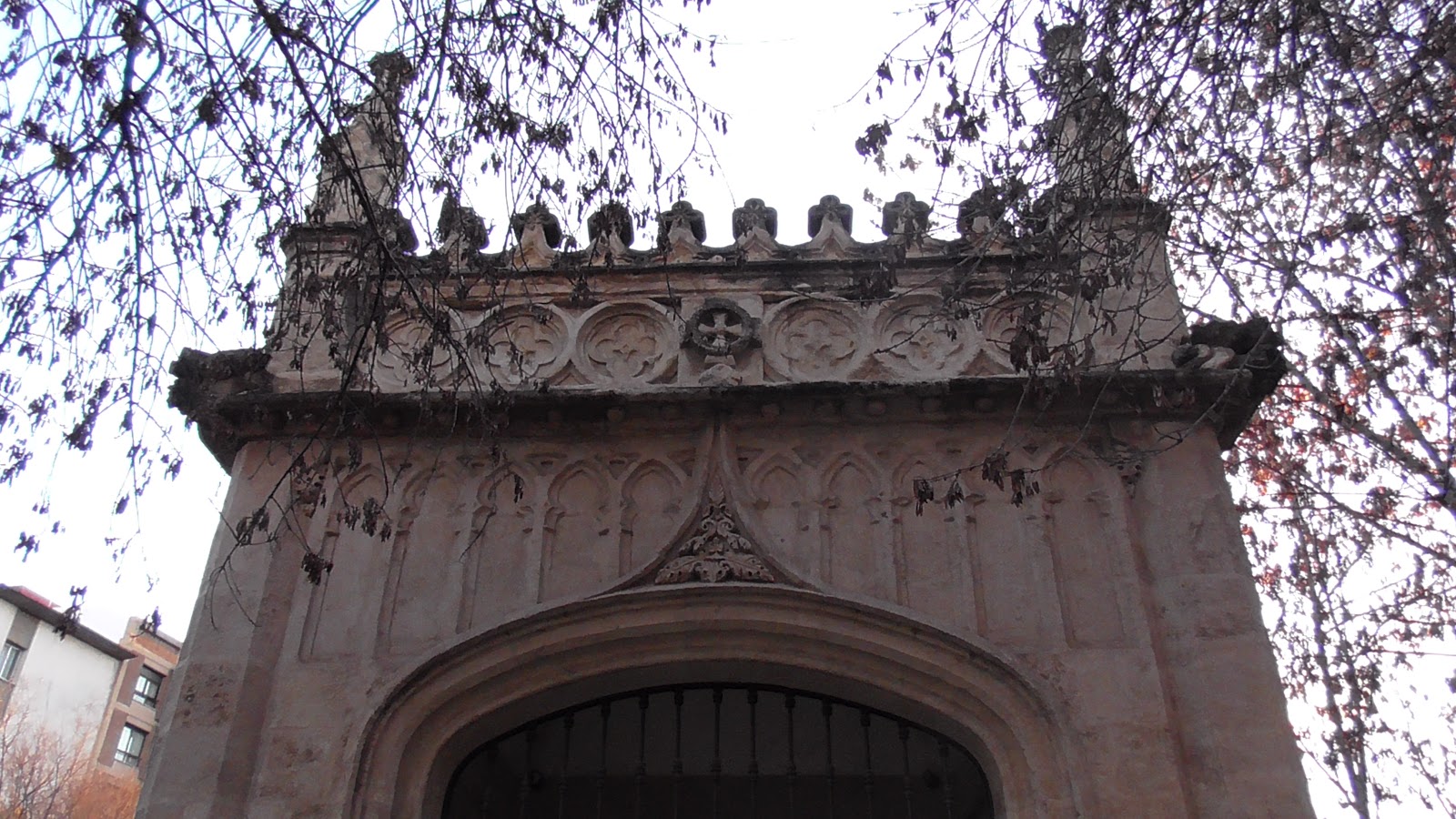 YEAR OF CONSTRUCTION: The chapel began to be built in 1860 to house the picture of Jesus in the Praetorium. In 2002 the works begin for the transfer to its current location.

HISTORICAL REVIEW: It was a chapel of the eighteenth century attached to the walls of the Convent of La Merced adjoining the Huerta la Reina, which was at the entrance to Córdoba, a necessary point to take the path that led to the mountains.

An Ecce-Homo painted on a canvas depicting Jesus in the Roman Praetorium was venerated there. To the hermitage came the passersby and neighbours of the Old Slaughterhouse neighbourhood to pray to the Lord and among the faithful they counted bullfighting numbers that visited it when they marched to the Bullring of the Tejares.

With the arrival of the railroad, in the middle of the 19th century, the wall was demolished in such a way that the Capillita went into ruins, and the painting was transferred to the parish of San Miguel. The neighbors dissatisfied with this measure went to the City Council to carry out the reconstruction of the chapel, achieving the beginning in 1867 but the works were paralyzed for economic reasons. At popular request in 1870, a collection is made for the continuation of the works in which a very important part was the help given by the bullfighter Rafael Molina Sánchez "Lagartijo", who organized a festival to raise funds of all the Cordoban. This act was celebrated on December 26, 1870, and in it, the Caliph dealt and stole four bulls from the ranch of Rafael José Barbero.

The Hermitage was finished with the resources of the festival, the contribution of the neighbours and that of the Town Council itself, being in charge of the project the architect Amadeo Rodríguez and of the reconstruction the municipal architect Rafael de Luque and Lubián. It was inaugurated and blessed on January 11, 1872, by the bishop Juan Alfonso de Albuquerque, in the presence of the mayor of Cordoba Agustín Fuentes Horcas.

It was said that at the end of the inauguration-blessing, Bishop Alburquerque asked Rafael Molina: Don Rafael who would take charge of attending the chapel with dignity, to which the first Caliph of the bullfight responded: Mr. Bishop, the Molina family. An aunt of Lagartijo took over, continuing with her daughter and granddaughter until the early sixties. This gave the key to a devoted couple of Ecce-Homo, who have treated for fifty years with great care and love, running on their own with the expenses of trousseau and maintenance. Currently, they are looked after by private individuals.
It is a quadrangular building of few dimensions, neo-Gothic style with a vault of edge and a small closed porch with an iron gate.

On the occasion of the burying of the railroad tracks for the works of the RENFE Plan, The humlliadero hermitage was moved about fifty meters from its original location on Avenida de América. Nowadays, an alignment of stones in the ground indicates the exact place where the Pretorio Hermitage was original.