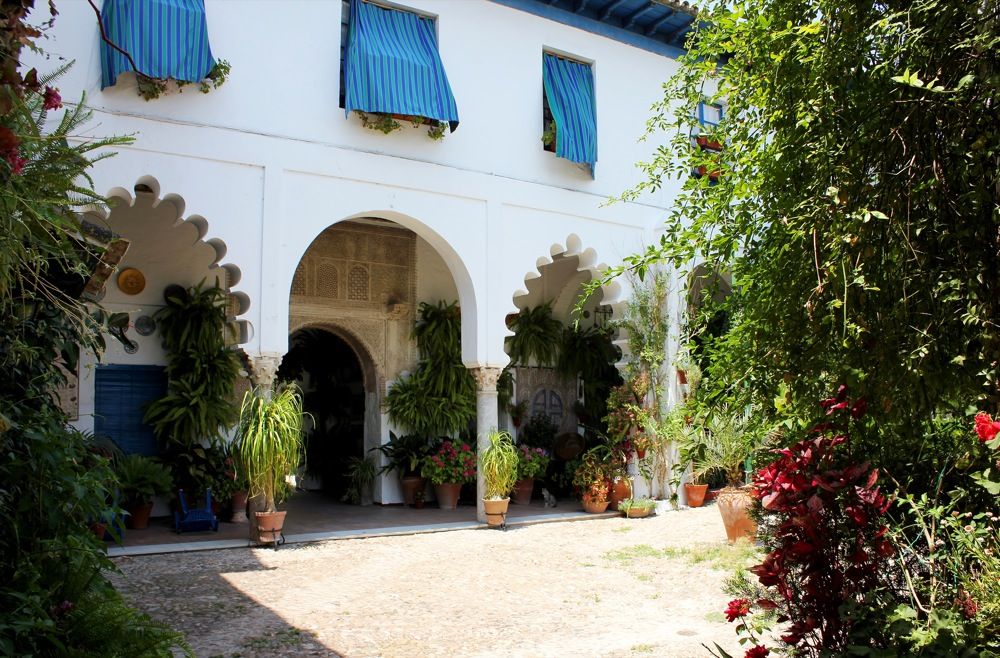 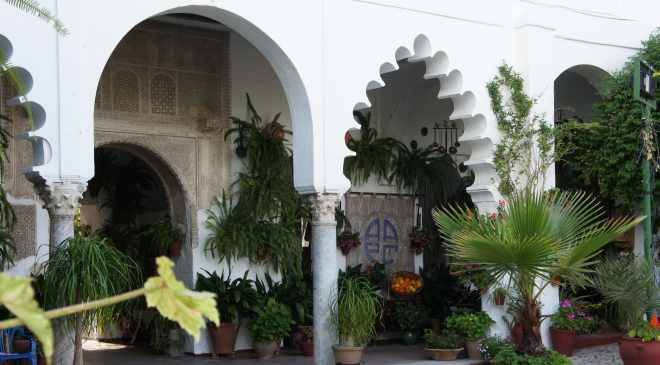 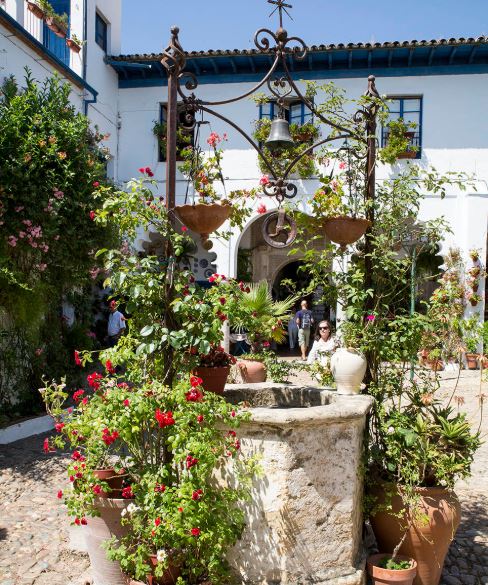 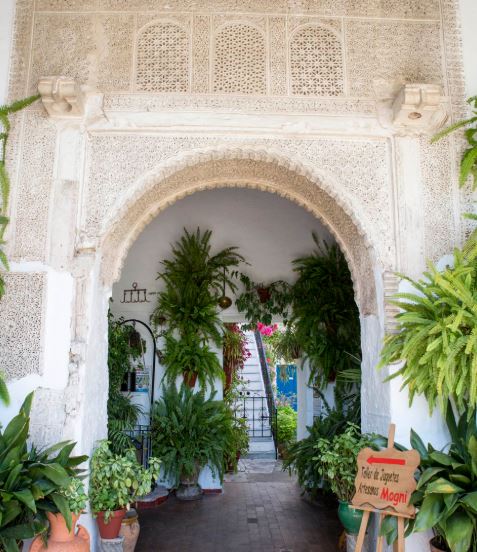 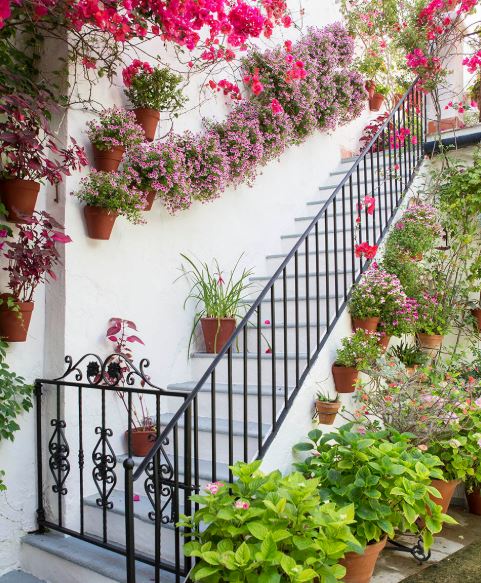 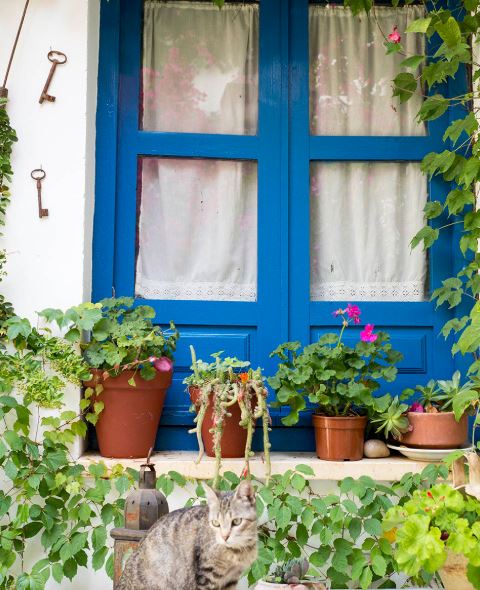 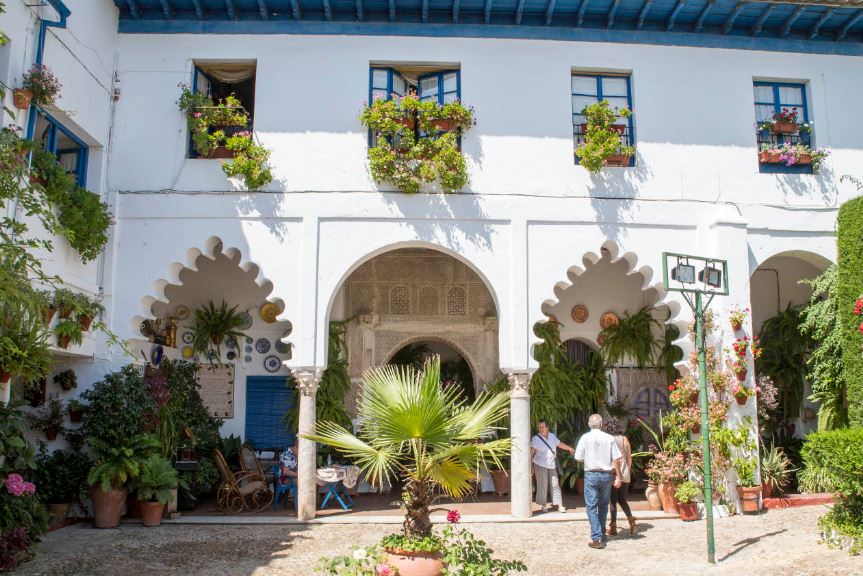 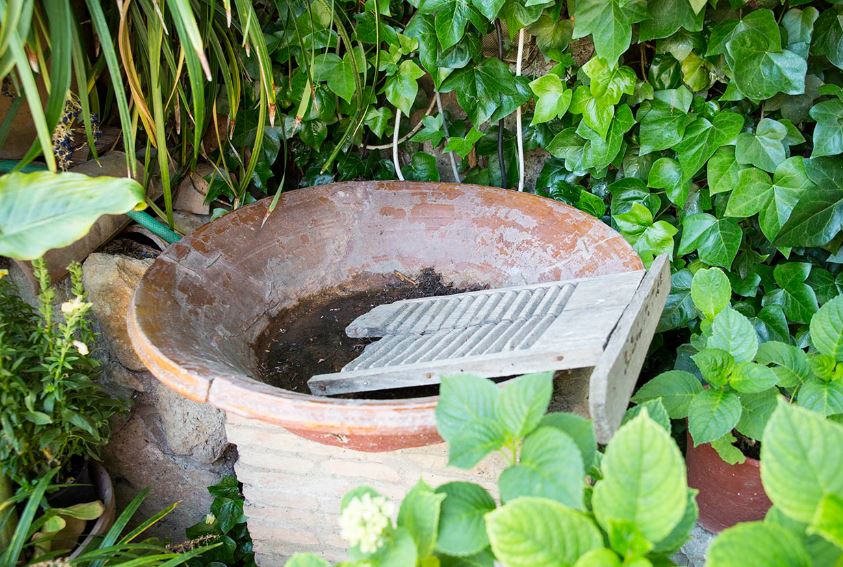 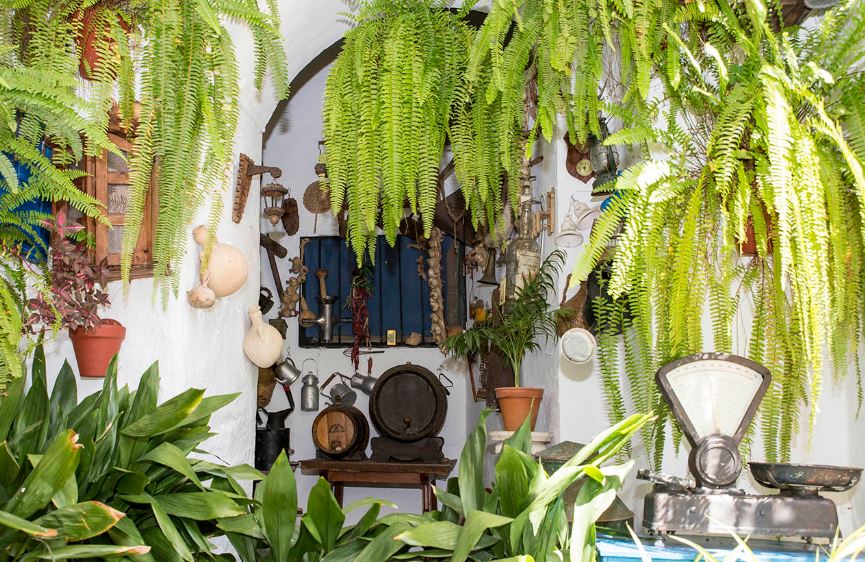 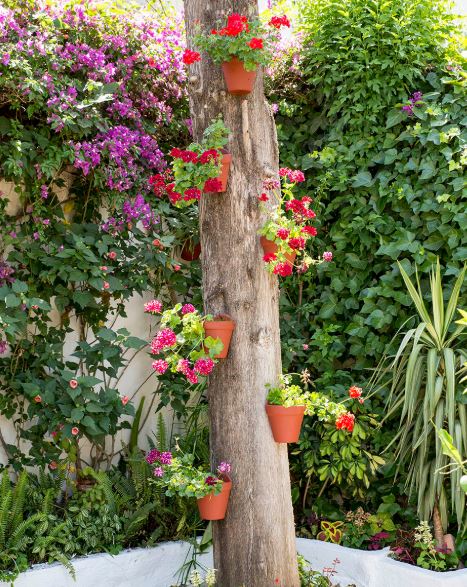 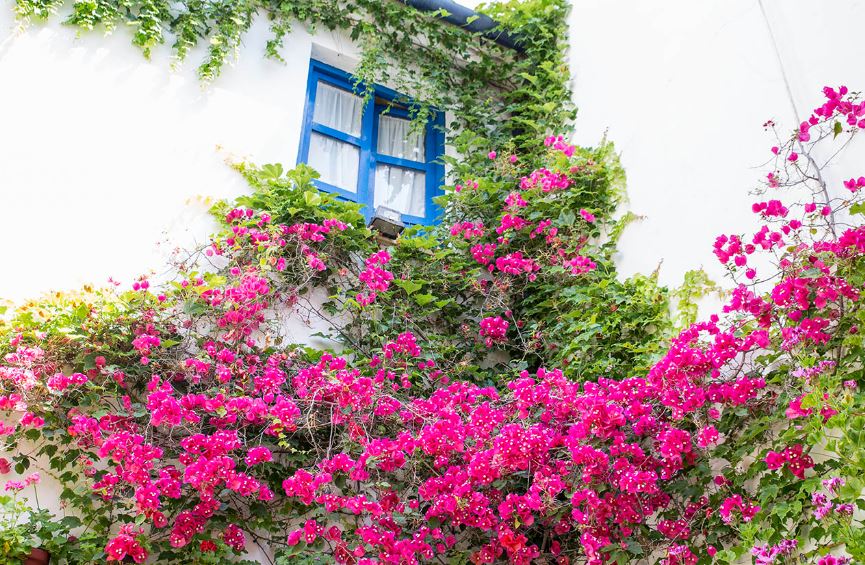 HOUSE OF THE CAMPANAS

Description. There is what was the house of son Pedro de Montemayor, Lord of Alcaudete, the ancestral house of the XV century. Emphasizes the Mudejar courtyard with polylobulated arches and rich decoration. The once noble residence housed a foundry of bells, hence the name that has survived to this day. It currently hosts numerous artistic activities throughout the year.

The currently preserved seems to be one of the heads of a Mudejar palace of Nasrid influence, specifically the oriental body, which would occupy the entire plot to the street. This body has two floors and is built in two bays: The open ground floor in the three-arched portico and the high blind. This main body, open to the patio, is now completed on its left by a relatively modern building, intended for housing, and on the right, in an extension also added.

The current facade is formed by four arches. Three of them correspond to the original front of the patio, and the fourth, which starts on pilasters, gives way to the dependencies or lateral gallery.

The three main arches are banked on stone columns with capitals of pencas, one of them with primitive apricots of Nasrid type. The central arch is of half a point, and the pointed polylobed sides, with thirteen lobes.

This gallery ends, on high, with an impost line on which starts a second modern body with arched windows and decorated with wooden eaves flown imitating Grenadians.

The gallery has a ceiling of alfarjes with hollowed panels with two elongated hexagons and three regular octagons per street, with remains of polychrome in bright colors. This roof is limited by two transverse arches to the height of the possible side walls of the patio, which are inscribed in a frame and have intrados and scalloped edges with a curl in the key of the Almohad tradition, which is disfigured by whitewashing.

The interior wall of the gallery has three openings that correspond to the arches. The lateral ones are hollows of window enfondados in a frame and with smooth arcs of means point, and the central one is a cover of granadino type full of plaster works in its two faces.

The entrance arch, festooned on its edges with perforated and decorated intrados, is framed by a double frame. The interior has in its corners gorroneras lobed type tied and on its lintel open three lattice windows of half a point. The frame mayor goes up to the ceiling and frames the entire composition with its decorated panels.

The decorative motifs in carved plaster are several: Epigraphy in the frame belt, sebka work in the spandrels, decoration of tie of stars of sixteen points in upper and intrados bands and linked floral motifs of very stylized Almohad type. The outer frame sash is engraved with an intense vegetal relief between the Kufic markings. This rich and varied decoration has not been restored in its entirety and has parts plugged by lime. The interior of the room retains the original roof, similar to that of the gallery but with a structure of beams more complex and resistant. The main ones (pillows) have an incised loop decoration and hold a beam that reduces the light of the carpets. This roof also shows the remains of polychrome.

On the upper floor, there is a similar arch over the door described, whose decoration is unknown because it is completely hidden by lime.

The rest of the construction is much later, probably from the 19th century, from the time of Amadeo Rodríguez, who may be the grenadian tradition that covers this tall body.