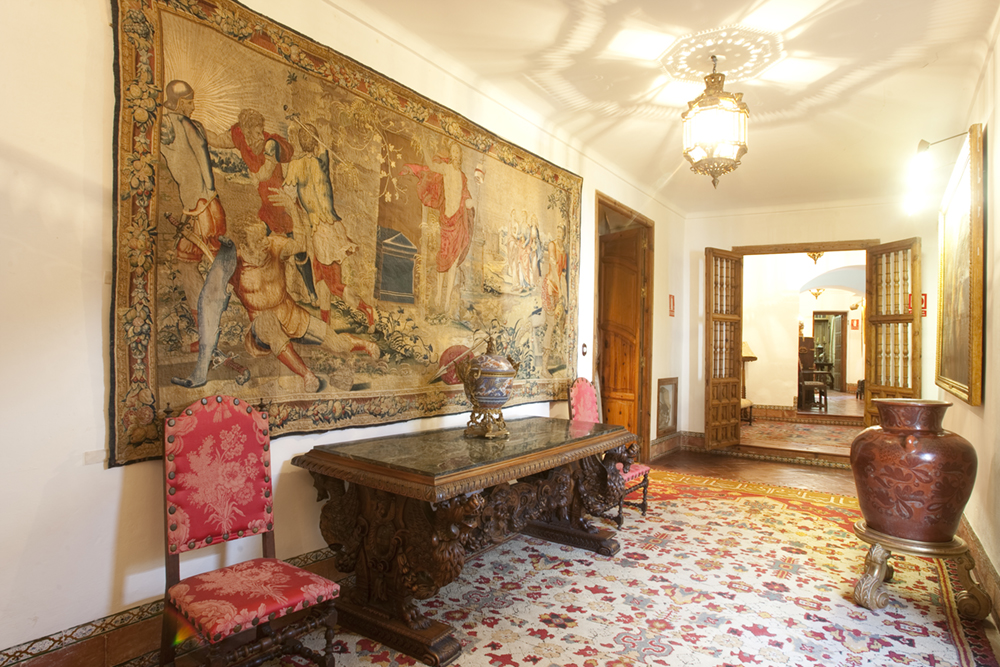 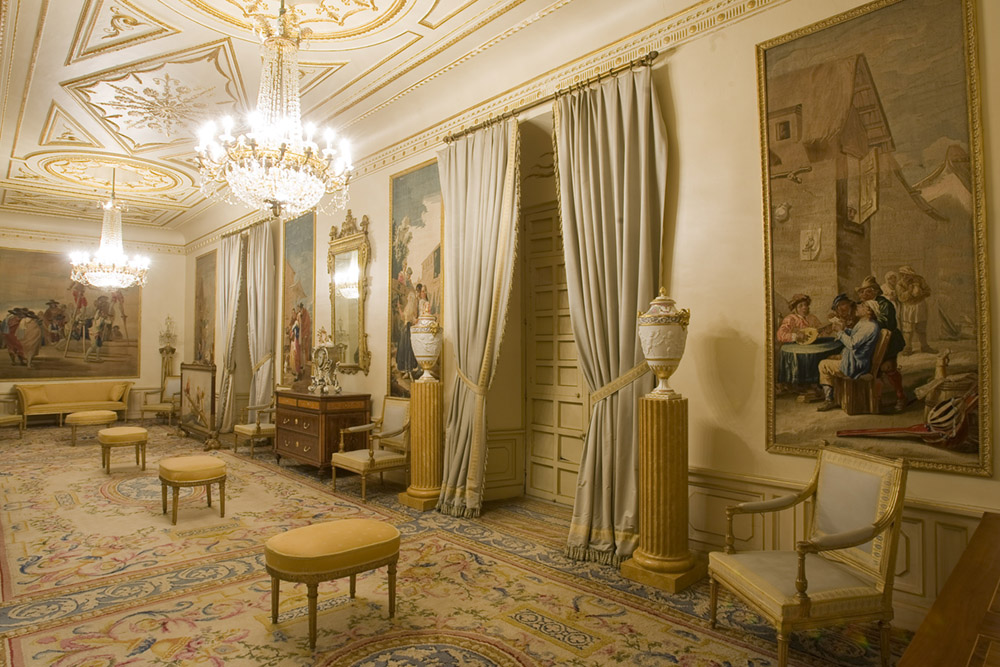 The area dedicated to collections This sector is the area of ​​the house dedicated to the great collections, which had a special relevance José Saavedra and Salamanca, II Marquis of Viana, Conde de Urbasa and Grandee of Spain. He held among others the position of Chief Superior de Palacio, what he did maintain a special relationship with His Majesty Alfonso XIII. His love of archeology and collecting made him conceive of this house as a museum where collections contributed II Marquis Palace, some of them unique in their kind were located. His attempt to turn the palace into a House-Museum in the 20s, only cut short by his early death in 1927. We begin with the Gallery of Battles, where 4 paintings, made by Pieter Meulener 1650, representing different Battles of the War of 30 years. In the gallery of the guest bedrooms are two other paintings of this series. It is the oldest collection is in the Palace, since there is documentary evidence that is in the house from the eighteenth century. the visit by another 2 lounges where you can see two impressive collections of tapestries continues. The first collection consists of some very interesting Spanish tapestries, located in the HALL OF GOYA. These were woven at the Royal Tapestry Factory of Santa Barbara. There are 4 highlighting, woven from cartoons by Goya: "The Lady and the Military," "The acerolera", "Seesaw", which is believed to be the only tapestry woven on this board, and "Stilts" the best known. It is also the same carpet factory, commissioned by the III Marquise de Viana, in one piece and as for the room. This Spanish living room, is illuminated by crystal chandeliers La Granja. The next room, lounge Gobelins, is decorated with tapestries belonging to the New Indies series, in which allegorically represents the discovery of America, although some of the animals and plants represented here do not exist on the continent. The tapestries decorated the ballroom of the Palace that the Marquis had in Madrid. After the sale of the palace to the Ministry of EAA in 1955, they adapted this room for the exhibition of tapestries, woven in the eighteenth century Paris, the Royal Manufactory Gobelans. In the gallery that links these two units is a magnificent tapestry, THE RESURRECTION OF CHRIST, woven in the workshop of the famous upholsterer master XVI century Wilhem de Pannemaker, whom the Emperor Charles V commissioned his famous series on the Wars of Tunisia. Continuing the painting, we now move into two small rooms that until the middle of the last century were used as housing administrator. The first is the SALA BRUEGHEL, where we discovered the seventeenth century Flemish paintings made on copper plates, workshops of Jan Brueghel de Velours and Jan Brueghel the Younger. allegories to the senses as well as an allegory of war and a representation of earthly paradise are represented. In the adjacent room, the DUKE OF RIVAS, SALA see romantic Spanish painting, most of them works of the father of the Marquis de Viana, Don Angel de Saavedra, shown here in one of his lesser known facets, the painter . Among his works include "Self Portrait," 1824. How getting lost in time, crossed the library, where there are more than 7,000 volumes written in different languages ​​and covering topics varied, among which we can find several editions of Don Quixote, the Vulgate Bible, stories illustrated by Doré, etc ... or a fifteenth century manuscript, written in two colors, a copy of Brunetto Latini Thesoro.