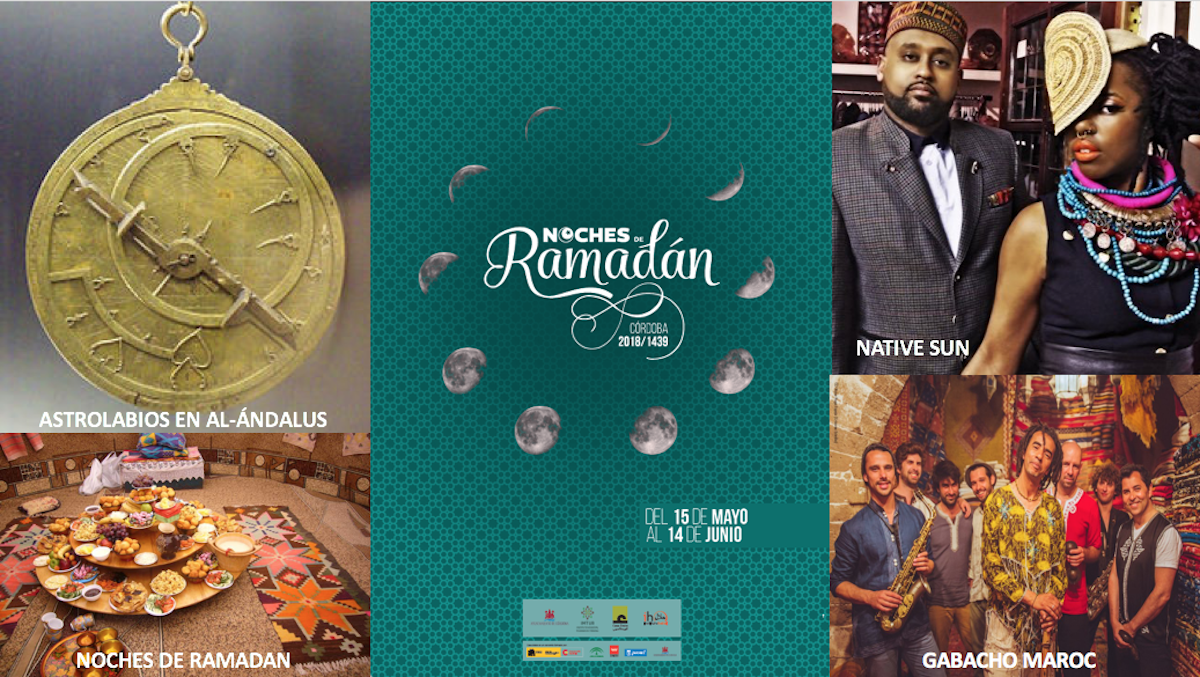 Arabic house celebrates a special programming for the motive of the celebration of the month of the Ramadan.
The Ramadan is a notable month of the year for million Muslims in the world. A time dedicated to the interior reflection, the meeting and the conviviality. In our country, the Muslims are one of the religious communities with the major number of followers, many of Spanish them and, between them, more than 10.000 in Cordova and more than 300.000 in Andalusia.
This year the Ramadan begins on May 15 and June 15.

In the nights of Ramadan, it is a festival that it was born in 2006 in Lavapiés's Neighborhood (Madrid) that tries to promote the integration and cultural cooperation between citizens and citizens who coexist in the same public space. Along the different editions celebrated in Madrid and in Cordova, In The Nights of Ramadan it has turned into the only meeting to announce the culture of Moslem, so present world in our common history, in which some can celebrate his more important holiday and share and learn others of the reality of his more next neighbors.

This event is organized by Arabic House in collaboration with the Town hall of Cordova and the Institute Halal-joins Islamic. Music, cinema, exhibitions, conferences, colloquia, visits and thematic walks … activities for young women and for adults who reflect a rich artistic plurality and of thought.
In the nights of Ramadan, it will be so a time of approximation to penetrate into the culture of the Moslem world, to know and to recognize the others and to prosper mutually.