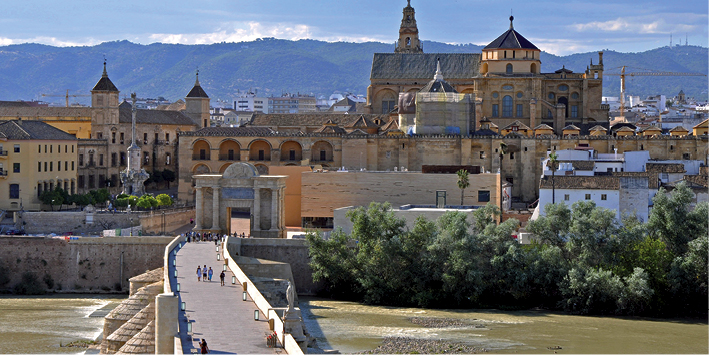 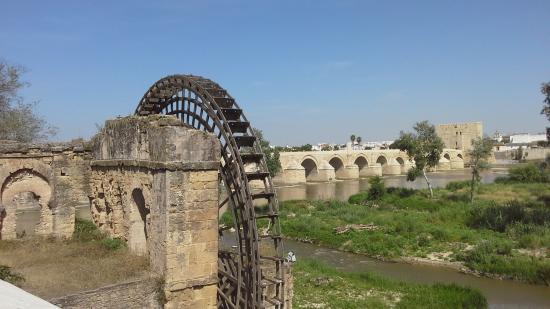 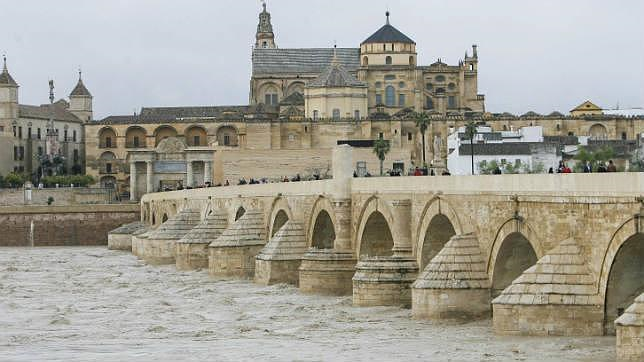 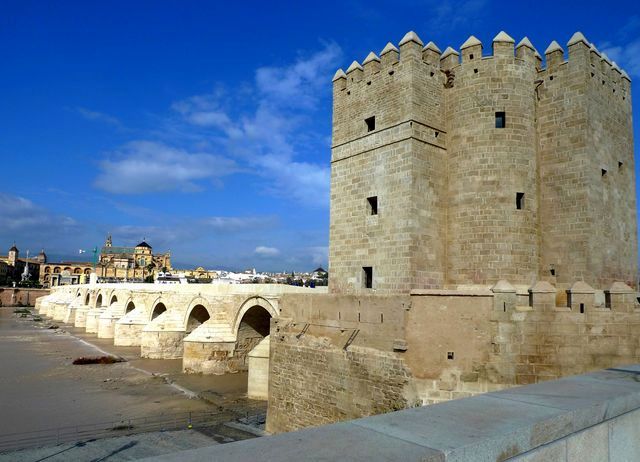 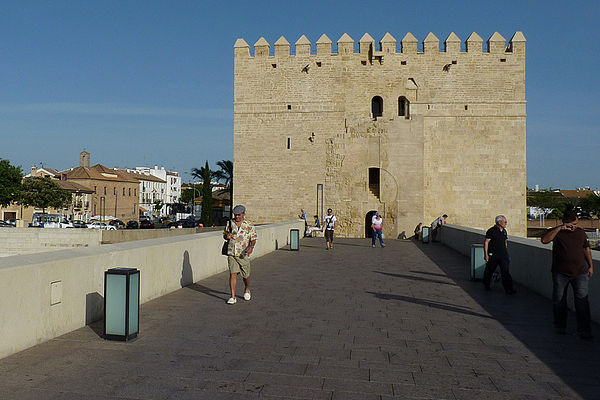 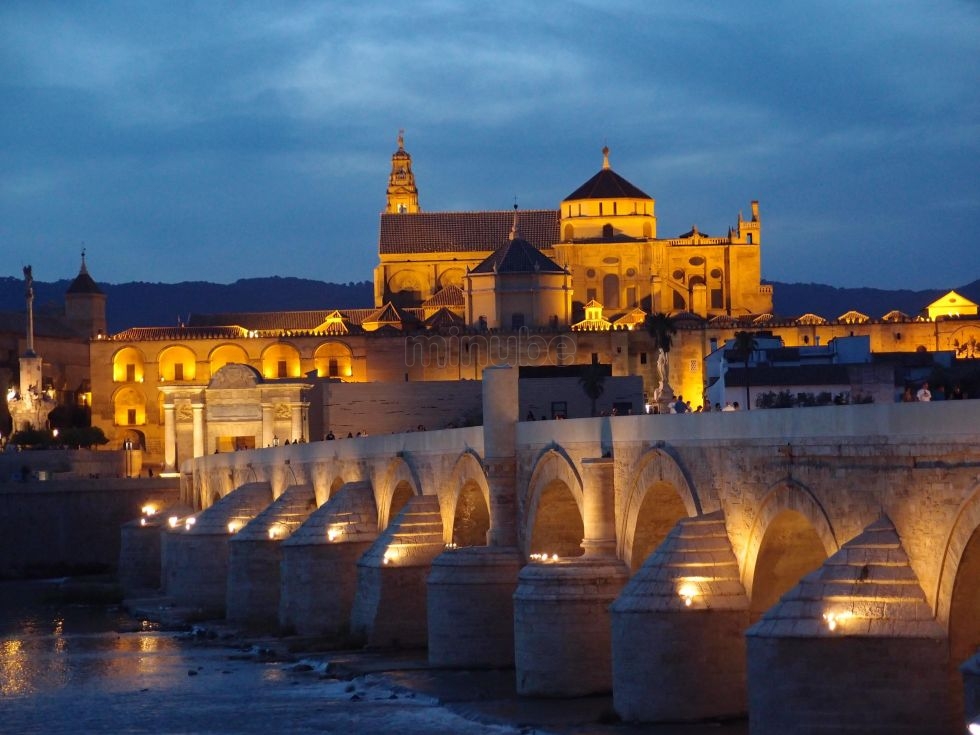 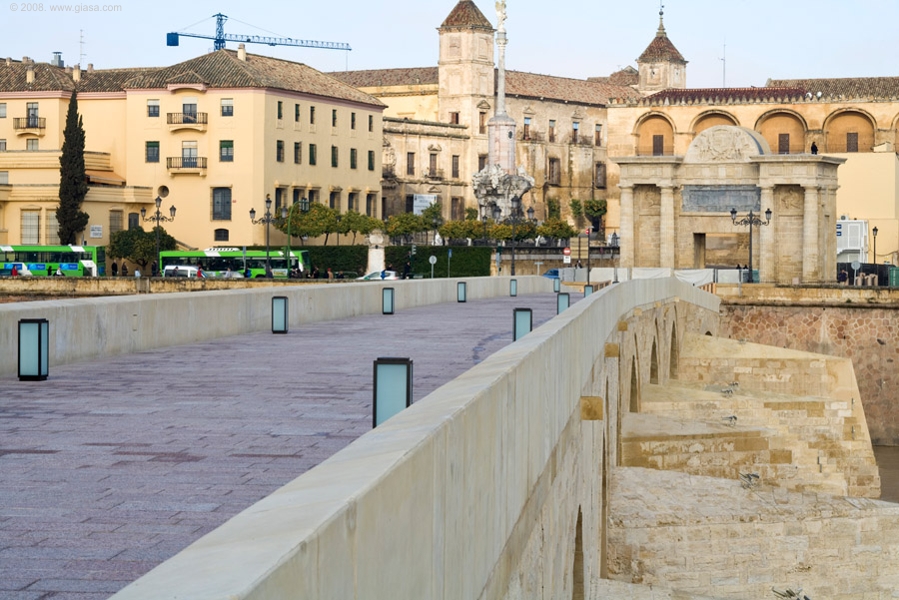 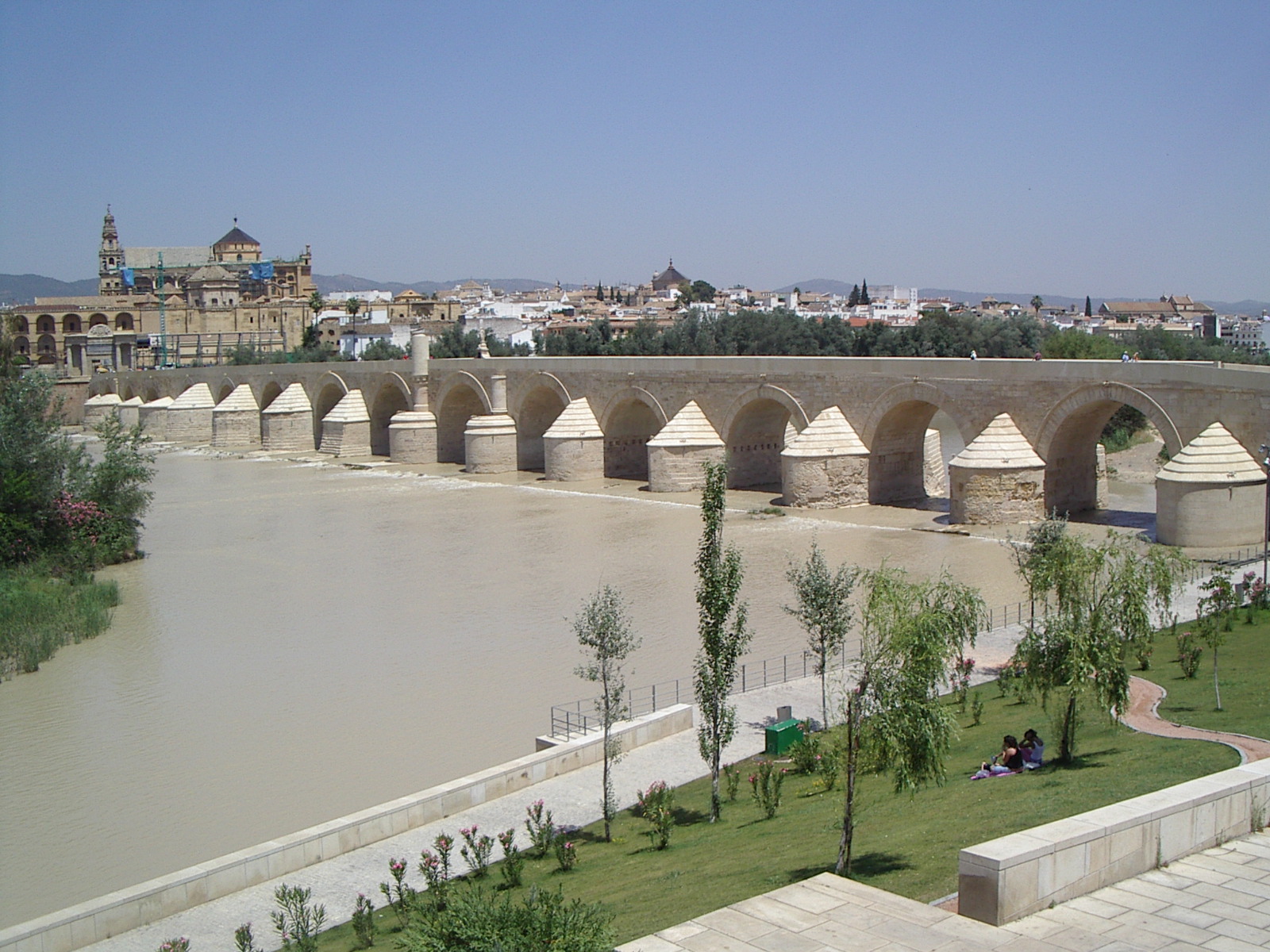 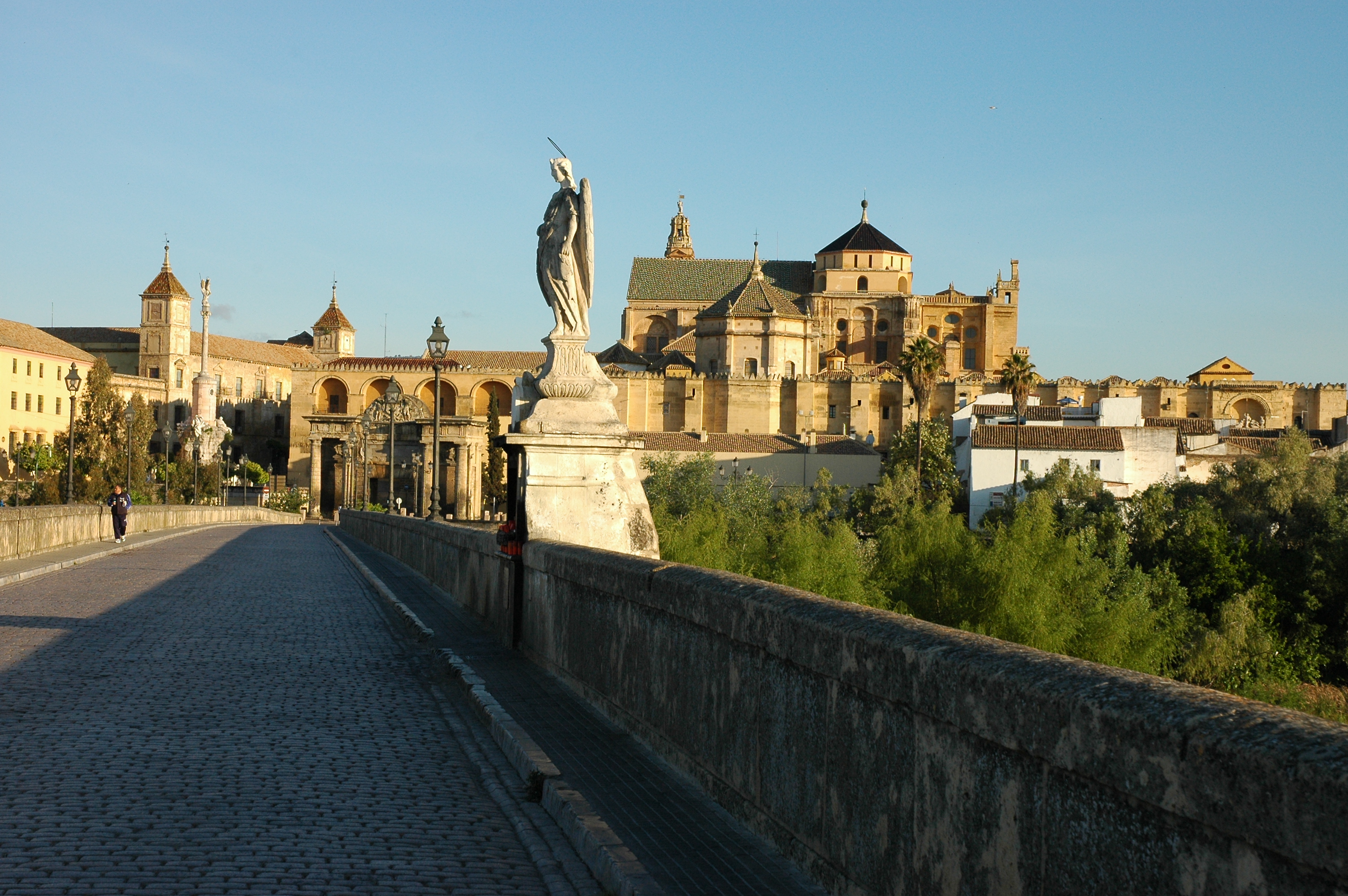 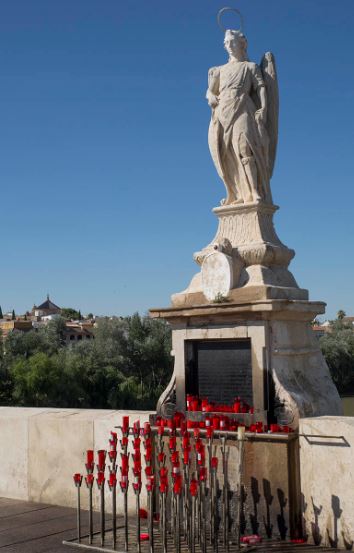 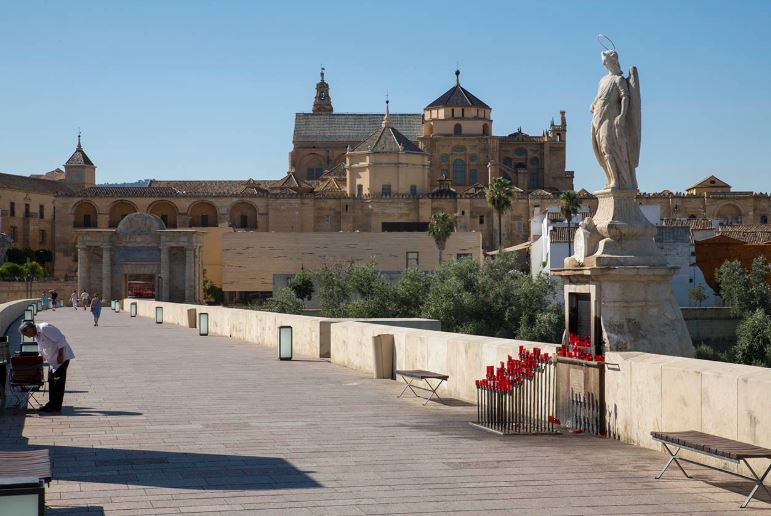 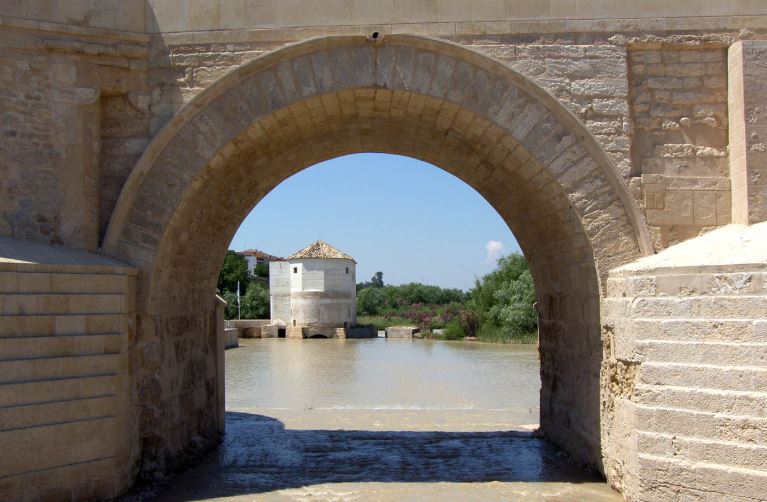 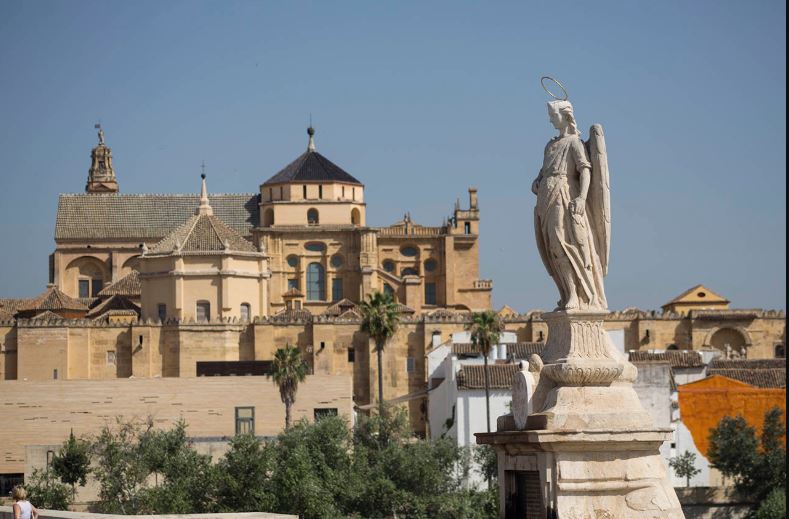 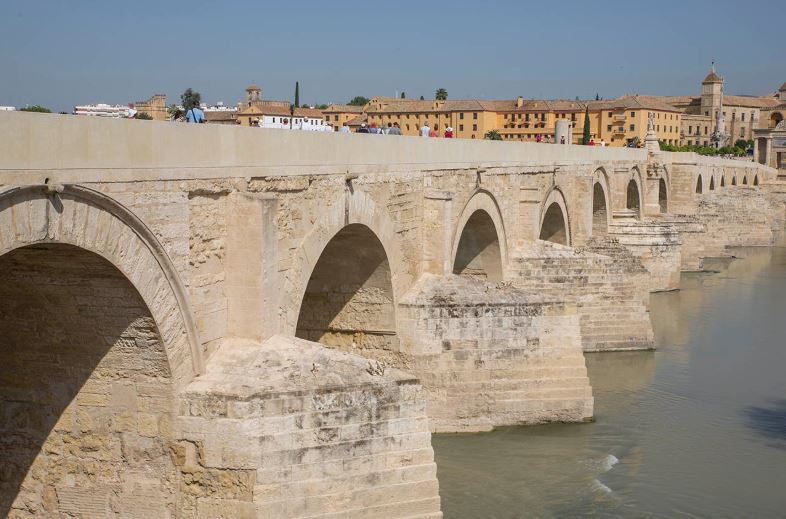 Description. The Roman Bridge of Cordoba is the bridge located on the Guadalquivir River that joins the Campo de la Verdad with the city through the Barrio de la Judería. It is also known as the Old Bridge, since it was the only bridge that Córdoba had during 20 centuries, until the construction of the San Rafael Bridge in the middle of the 20th century.

Built at the beginning of the 1st century AD, during the Roman era in the time of Emperor Augustus, on the Guadalquivir river (probably replacing a more primitive wooden one), it has a length of about 331 meters and is composed of 16 arches of the 17 There was original. It was an important means of entry to the city from the south of the Iberian Peninsula for being the only point to cross the river without using any type of boat. It was then erected with sixteen arches supported by stirrups and defended by half-cylinder cutters, which facilitate the passage of the waters and soften the current.

For twenty centuries it was the only one that existed in the city, and is, until date as close as 1953, the only bridge built in Cordoba, the Roman Bridge has been demolished and rebuilt on multiple occasions for military reasons, as it has often been the scene of battles and revolts.

Although Roman already has a little left, its original construction preserves the ashlars and some arches. It does have an aspect similar to the one it had in ancient times, especially since its last restoration, in 2008, which tried to return, as far as possible, its original appearance.

Near the bridge are the remains of old flour mills highlighting the Albolafia and San Antonio that was partially rebuilt by the City.

It should be noted that the Puente Romano was one of the locations used for the Spanish film Carmen that was filmed in the city in 2002.

In 2014 many scenes were also recorded for the series Game of Thrones, where it appears as the bridge of the city of Volantis.

Location: On the Gualquivir river, between the Puerta del Puente and the Calahorra Tower