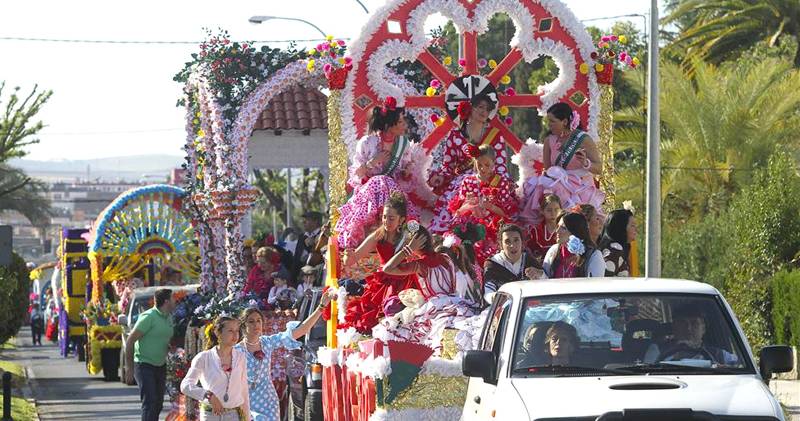 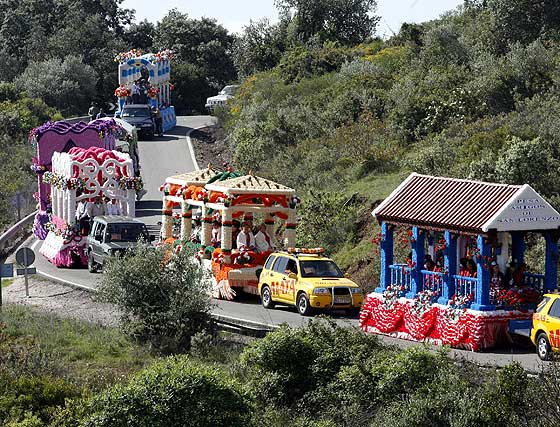 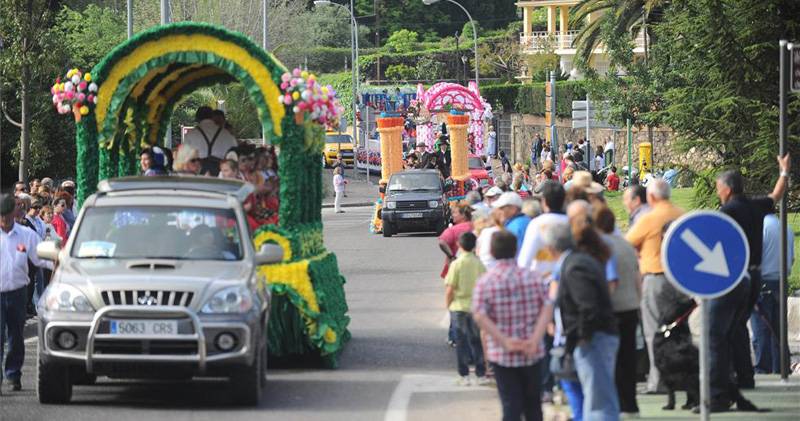 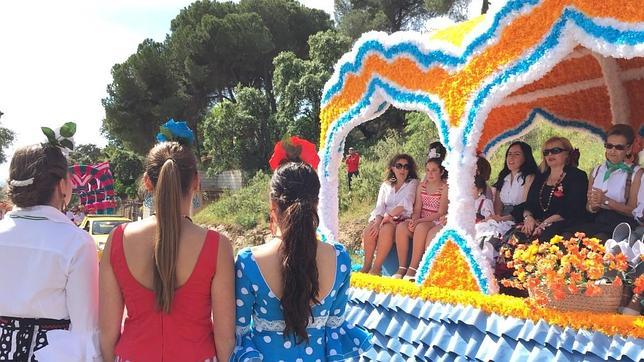 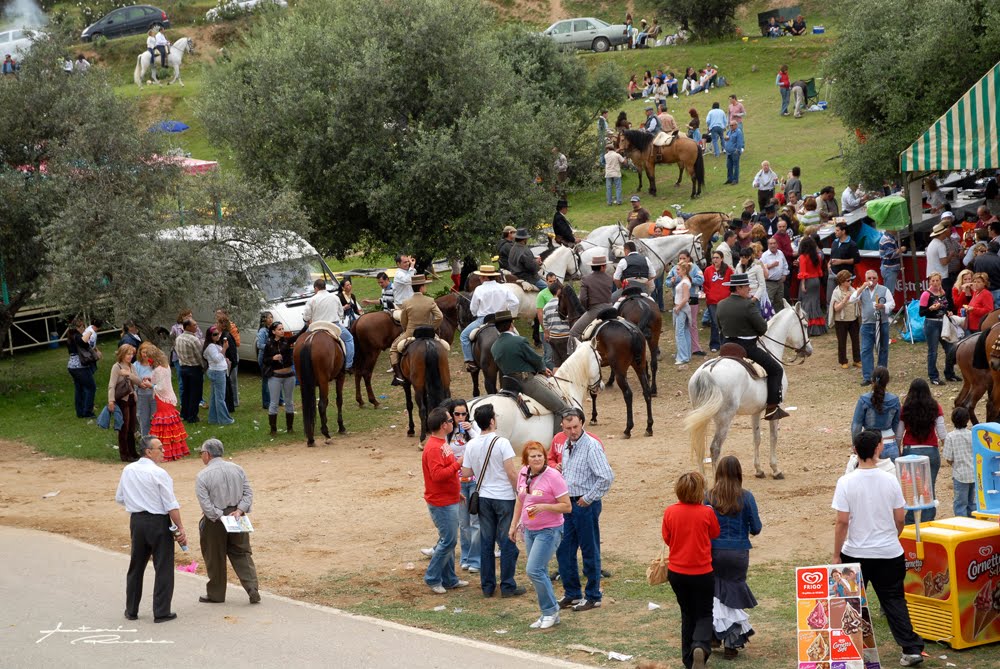 With the arrival of May the first pilgrimage of the city is celebrated: that of Santo Domingo of La Scala Coeli and is in the habit of being celebrated by it(him,her) at the end of April, coinciding with the penultimate Sunday of Lent, in honor to San Álvaro, employer of the Fraternity and Confraternities of the Holy Week.

From the first hours of the morning, the rockets announce the step of the rosemaries and, when the tower of the Cathedral of Cordova chops ten rings, take " Walk of Santo Domingo " - that says Ramon Medina's couplet that the people have made his, following the itinerary of the gardens of the Victory to the Plaza of Colon and from the Pretorio to the Brilliant one, up to entering the saw cordobesa. To his step the city fills of sing popular, music and palms, turning into the perfect scene(stage) from where being able to meditate passing of the coaches.

The carrozas there are done of paper, carton which reproduce emblematic monuments of the city...
Between(Among) the beauty of the coaches, the women and the young rosemaries illuminate the alive(vivacious) colors of the faraway and the outdoor suit, accompanied by the riders with the horses of great beauty and of Arabic race of Cordova.
The way has ten kilometers of the tour, up to the former tower Berlanga, where this sanctuary managed by Dominicans raised.

But it was great before, in 1400, when they were witnesses of a beautiful legend that Sanchez of Fair made reflected in his texts and the people was guarding in his memory. It begins when in 1423 the religious one (and at last saint) Álvaro of Cordova decides to move back to a place hidden away from the saw, after having realized labors of apostolate in Holy Land. This way there raises the monastery of Santo Domingo of La Scala Coeli, which was known already as place of peregrination. Deeply identified the friar with the symbol of the cross, across which it had some mystical experiences, placed a great number of them in the ways of the Santuario.

It counts the legend that for one of these ways the saint was lowering often up to Cordova to beg for the sustenance of his community. One tomorrow thought to a seminude poor person, riddled with sores, with so weak and sickly aspect that the death almost was beginning to show to his face. Álvaro wrapped it piously in his cap and loaded it on his shoulders. Come both to the sanctuary, it deposited the patient in the entry and went to look for his brothers. To the return, when it discovered the body after the cap, they found the Christ Crucificado's most beautiful height. He is the Christ of San Álvaro, to whom worship yields itself in the last three Sundays of Lent, being the penultimate one of these days of the pilgrimage.

Once reached the sanctuary, the floral offering, a mass concelebrated and a short procession of the Saint along the surroundings they are the preamble of a holiday in which the esplanade of Santo Domingo turns into a fair of meetings and conviviality, for more than five thousand natives of Cordoba and strangers who there are in the habit of centering.
Up to the putting Sun, everything will be constant to share the dances, them sing, the wines of the land, the typical pot native of Cordoba, the hard-boiled eggs and the cooked beans that, in agreement with the tradition, take all the rosemaries.