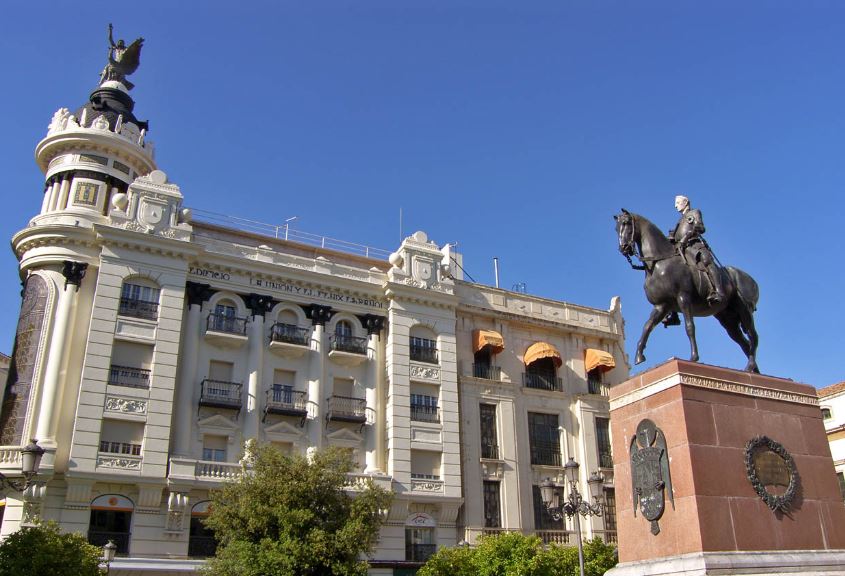 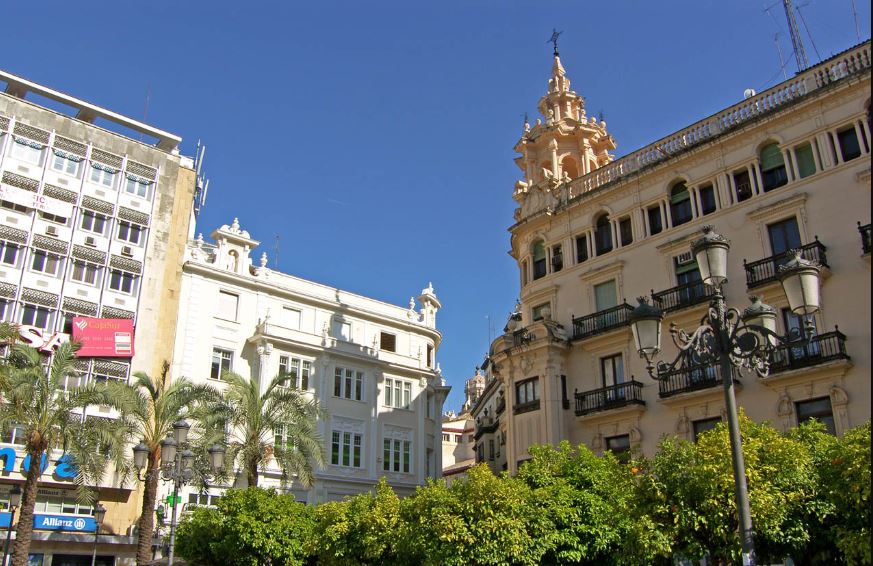 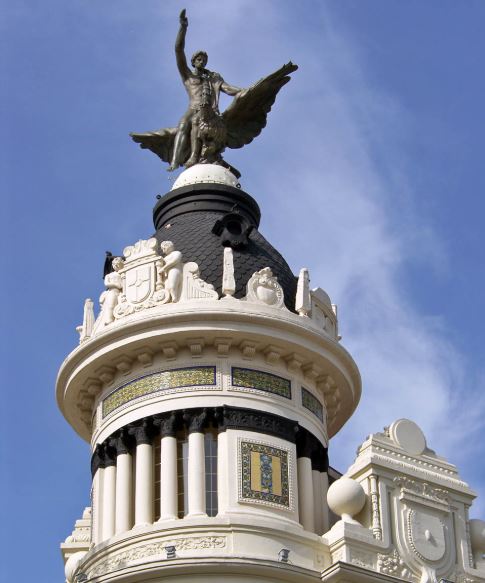 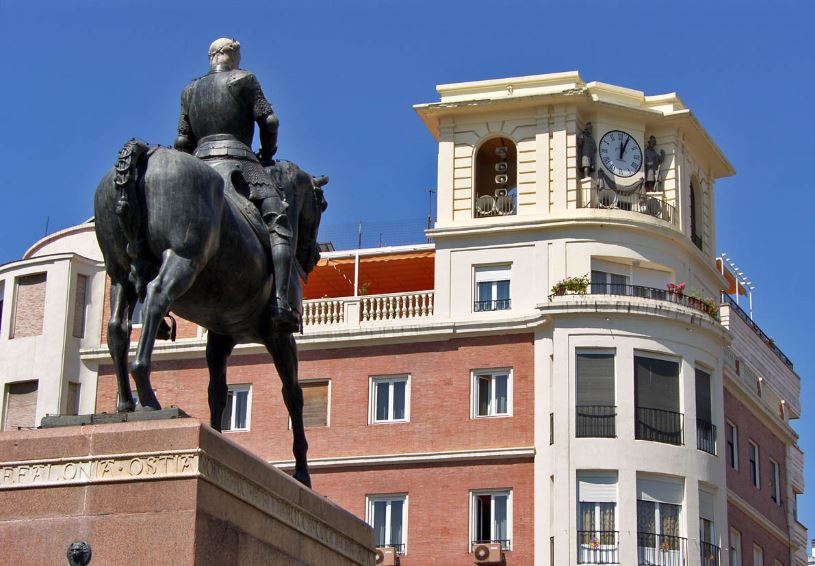 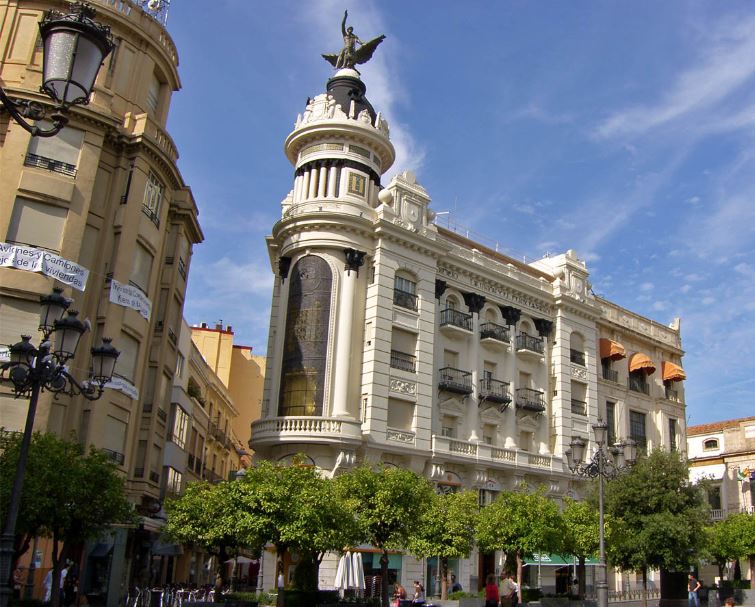 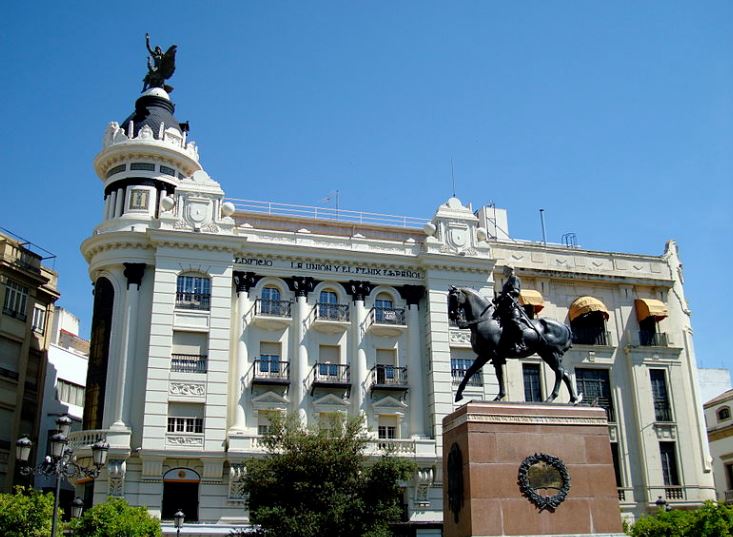 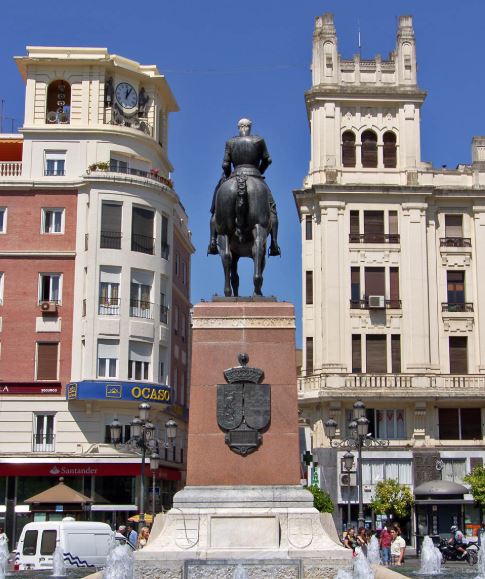 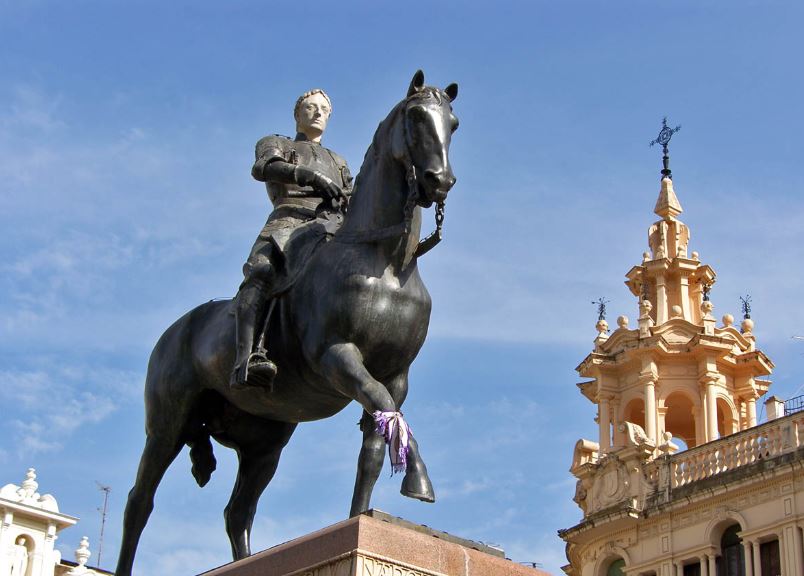 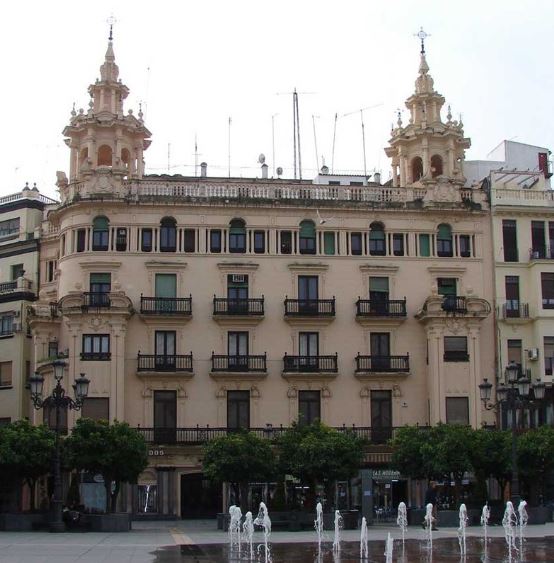 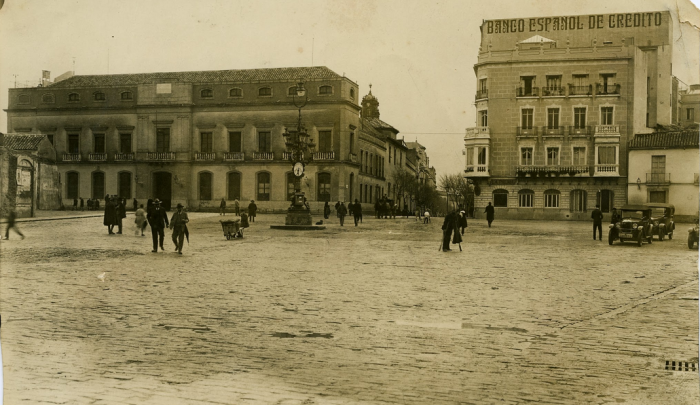 Description. The Plaza de las Tendillas is located in the city of Córdoba, in the vicinity of the old Roman forum of the city of Cordoba. Currently, it is the axis where the commercial life of the Cordoba capital is developed and organized by serving as a connector for the main commercial avenues such as the streets of Cruz Conde and Gondomar. After its remodeling, it has become a pedestrian plaza almost entirely. In the current Plaza de las Tendillas, around the fourteenth century, were the houses of the Order of Calatrava, as well as different small shops, an area whose name was soon derived in the Tendillas de Calatrava, the name by which it has remained until today. The houses of Calatrava were demolished in 1860 for the construction of the Hotel Suizo.

In 1908 the process of forming the current Plaza de las Tendillas began, widening from the east to the west of the plaza. In 1923, the Hotel Suizo was demolished and in 1925 the works were completed under the mayor's office of José Cruz Conde and plan by the architect Félix Hernández, although not all the surrounding buildings were finished. In 1927 the Monument to the Great Captain is installed, work of Mateo Inurria, coming from the avenue of the Great Captain. It was reformed for the last time in 1999 and was inaugurated on May 13 by Mayor Rafael Merino. Tendillas Clock Opened on January 29, 1961, the clock in the Plaza de las Tendillas, located on the corner of Calle Gondomar, welcomes every December 31 to the new year in front of thousands of people from Cordoba who gather in the square to celebrate it.

The clock has the peculiarity that, instead of chimes, it plays the rooms and hours with the sound of a guitar built by Manuel Reyes Maldonado and played by guitarist Juan Serrano at the rhythm of soleares.

The building of La Union and the Phoenix

The building of La Union and the Phoenix is ​​the work of the architect Benjamín Gutiérrez Prieto, built between 1926 and 1927 by the insurance company of the same name, with the new construction that is given to the Plaza de las Tendillas. It is located in Plaza de las Tendillas, number 6. In the Civil War, it housed one of the sirens that warned the population of the arrival of bombings.

The Colomera House stands out, it was a house with four floors at number 3 of the square. It was built by Felix Hernandez in 1928 for the Counts of Colomeraa. It is considered a modernist symbiosis between a manor house on the first two floors with the second floors being two floors. It is currently being converted to house a four-star hotel; in whose process was found a medieval Ferris wheel that overlooks an aquifer.

The Enriquez Barrios house belonged to this Cordovan mayor and is an example of regionalism by the architects Aníbal González and Aurelio Gómez Millán, 1928.