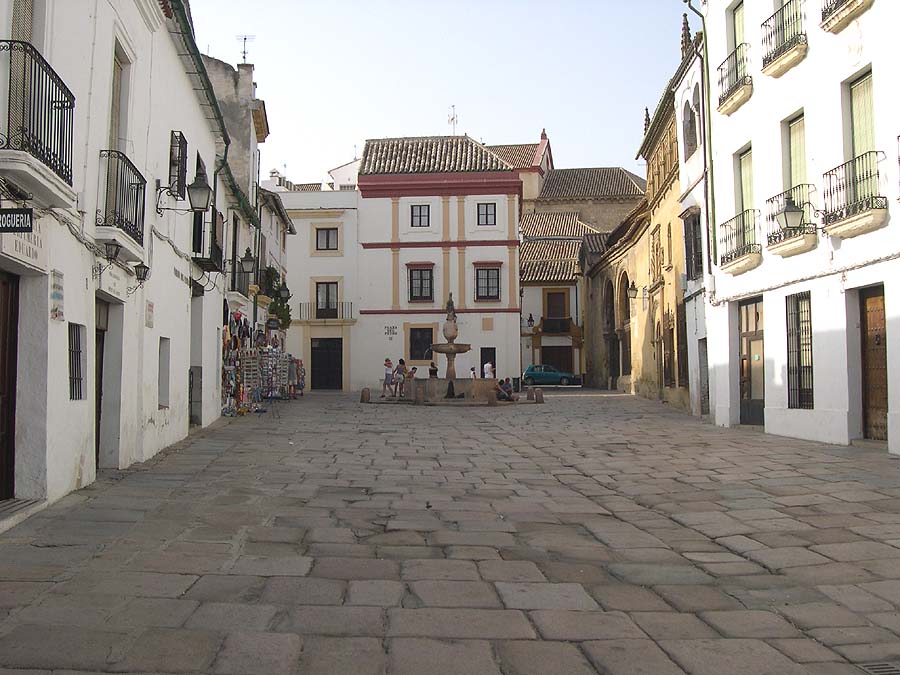 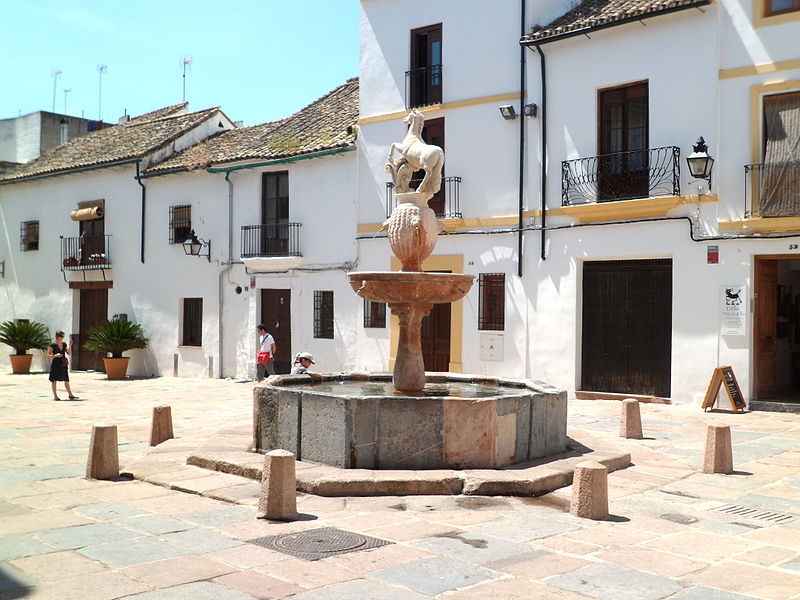 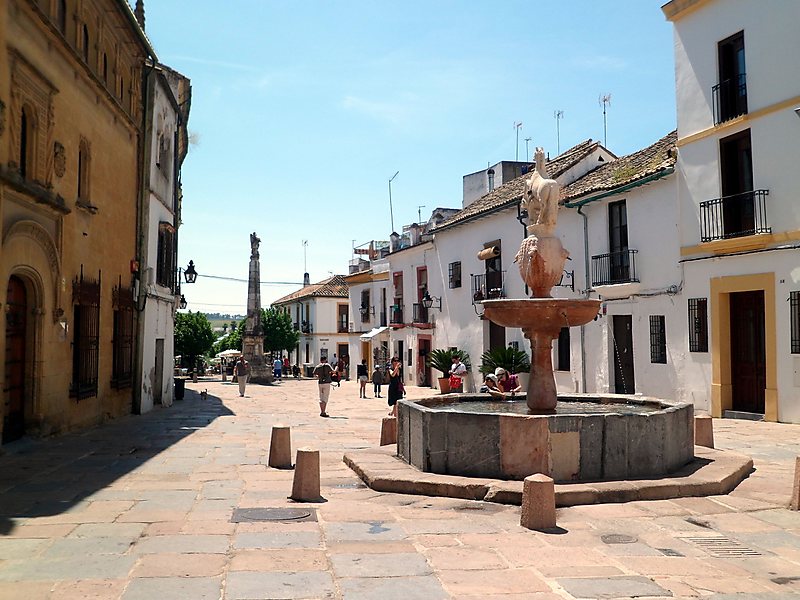 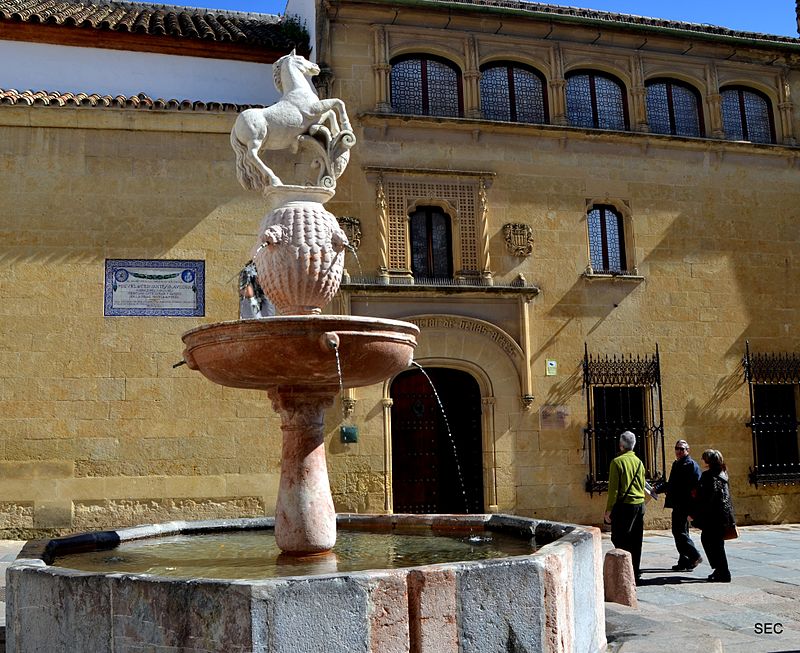 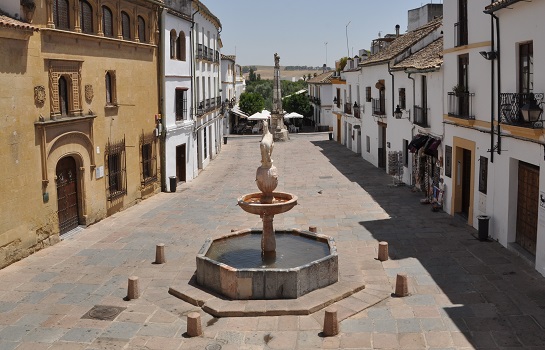 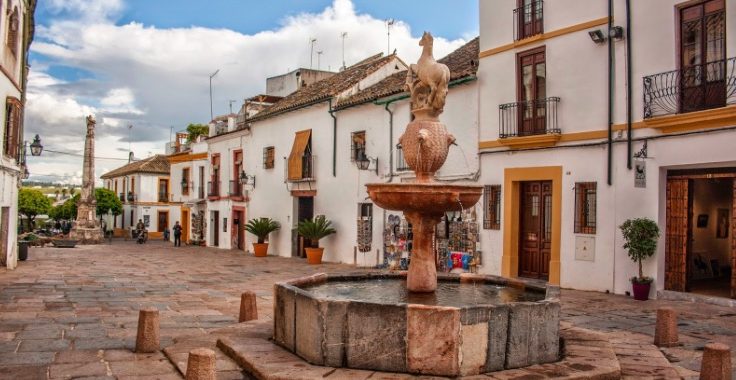 Description. Plaza del Potro de Córdoba is a popular square of this city that is located next to the banks of the Guadalquivir River.

It appears cited in Don Quixote, Miguel de Cervantes, who knew her well for having spent his childhood in the environment and have stayed at the inn of El Potro.

Generally, it is thought that its name is due to the figure of a foal that crowns the fountain of the year 1577 located in the center of the square, although it is possible that both the name and the source come from the cattle fair that during the Middle Ages was celebrated in the vicinity of the square, carrying out the sale of horses in the square itself.

Throughout its history, the plaza has seen its configuration altered. At the moment the square presides over an imposing "triumph" dedicated to the Custodio of Cordova, San Rafael, work of the French sculptor Michel de Verdiguier. This monumental complex is one of the most visited places in the city, a place where the traveler and the visitor feel transported to the Cordoba of the Austrians and to the time of Cervantes and Velázquez. Originally, the square had a square floor and was surrounded by buildings on all four sides. At the beginning of the 15th century, when the Hospital de la Caridad was founded, the shape of the plaza varied, diminishing its size in a considerable way.

In 1577 the Fuente del Potro was built during the mandate of the corregidor Garcia Suárez de Carvajal. In 1847 the fountain was moved from the other side of the square to the place it currently occupies, crowning it with the sculpture of a colt. In the 1870s, the Posada de la Madera, which was located on the south side of the square, is closed and expropriated by the city council, who demolished it to open the plaza on the riverbank. In 1924 the triumph of San Rafael, moved from the Plaza del Ángel, was placed in this square. In 1964 a replica of the equestrian sculpture was given to Jerez, on the occasion of the twinning of the two cities. This replica is located in the square of Bethlehem in the city of Jerez.