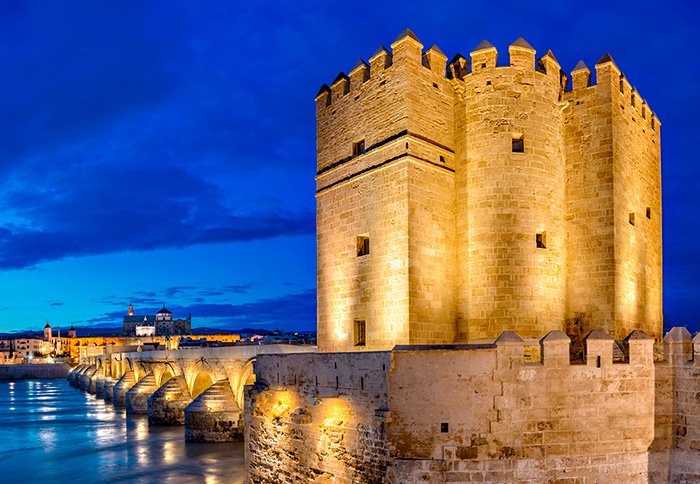 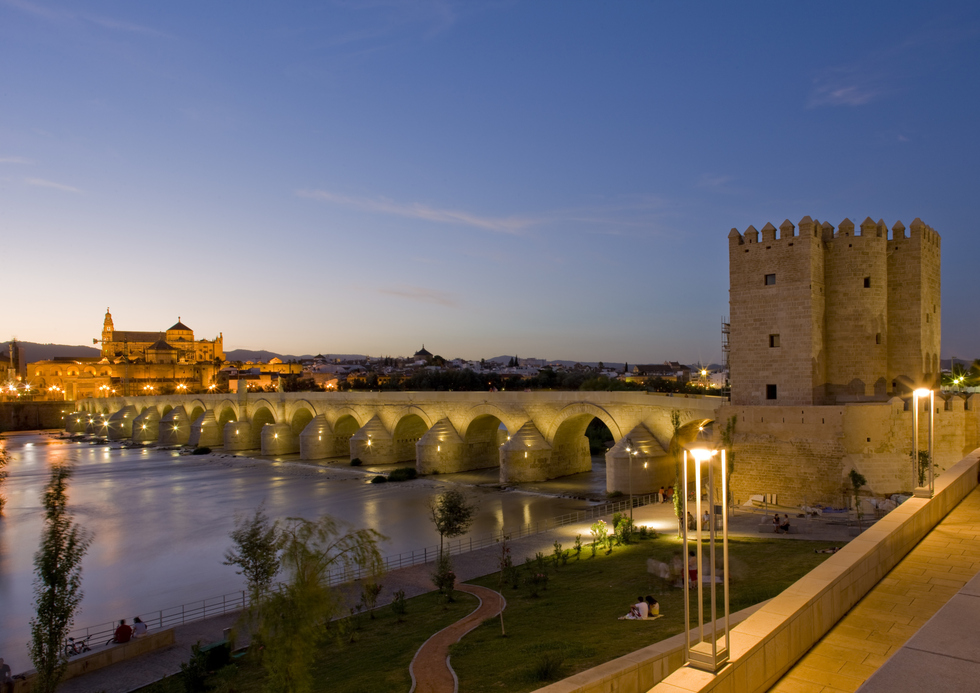 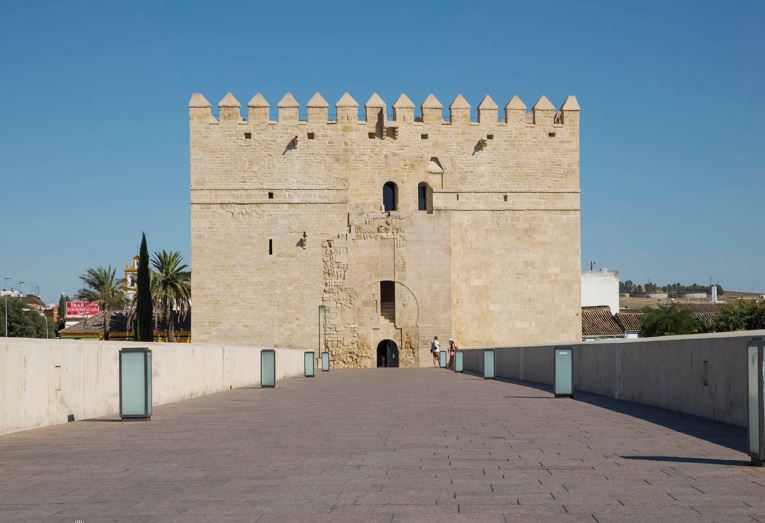 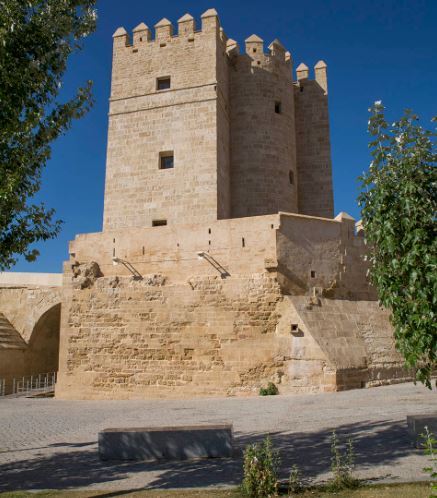 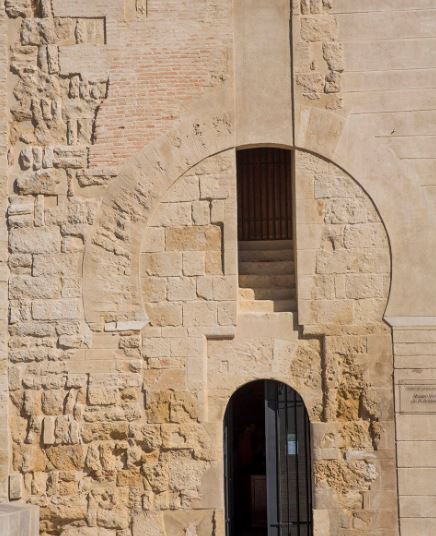 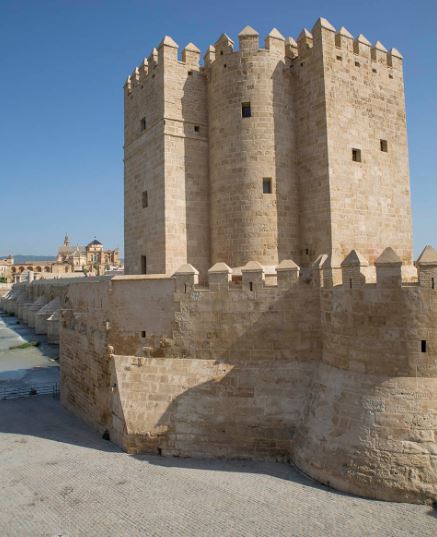 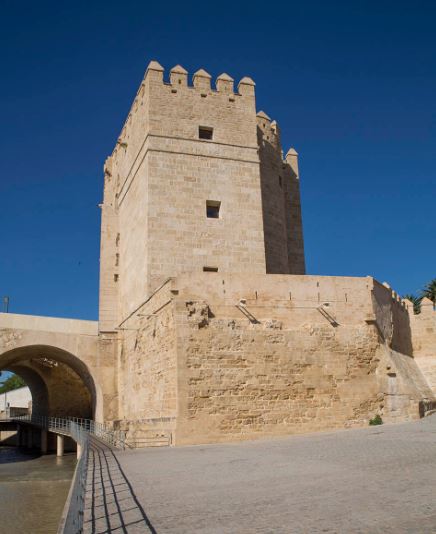 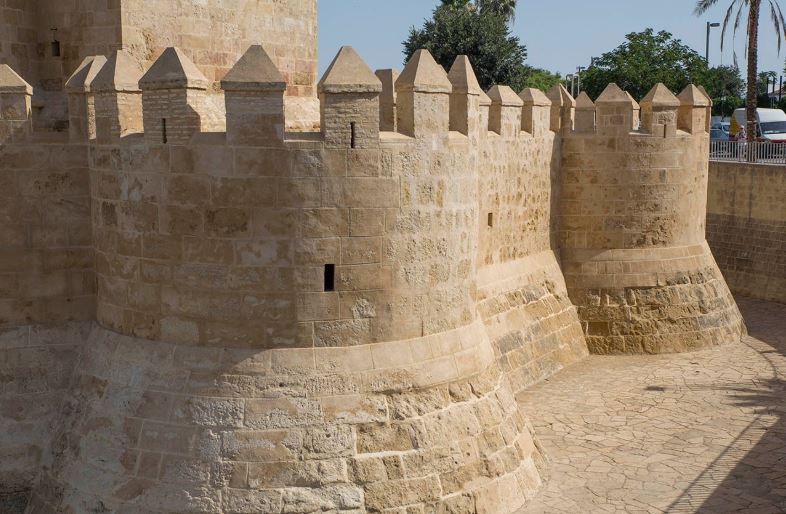 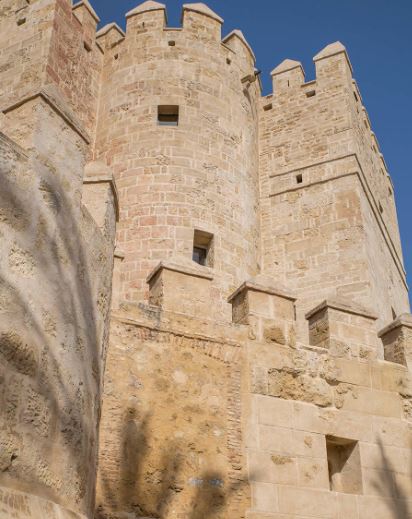 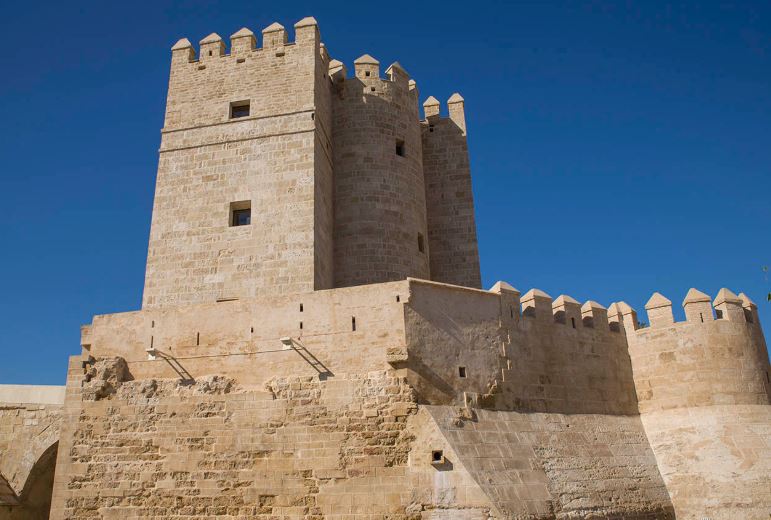 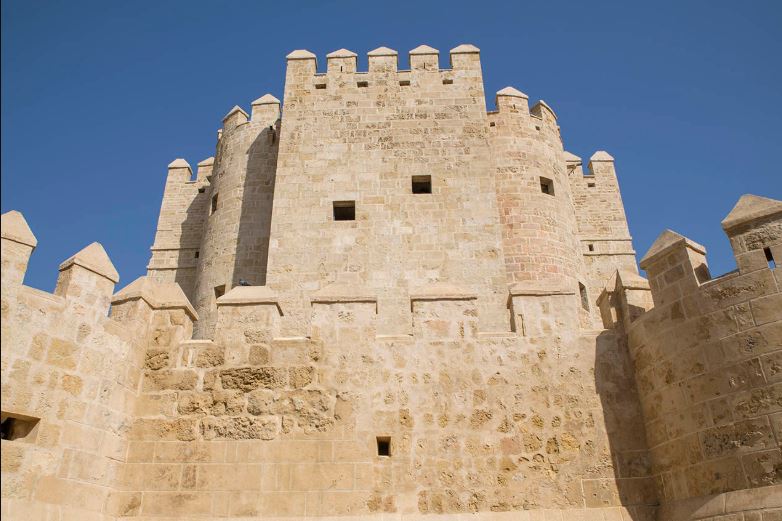 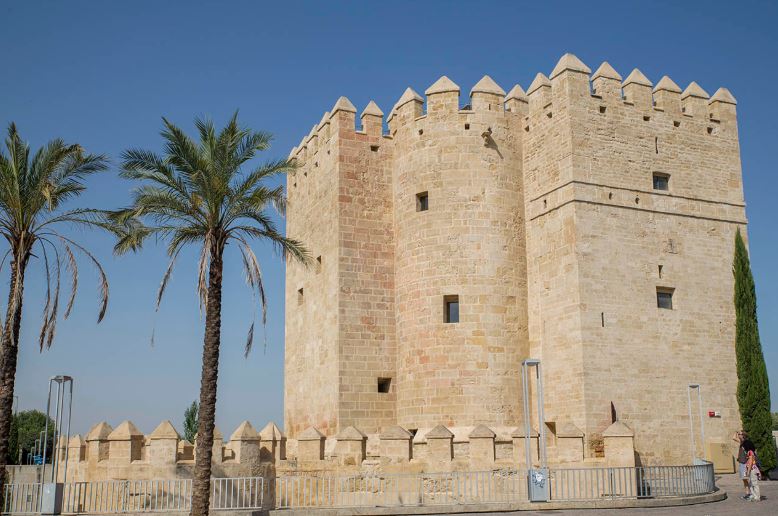 Description. The Tower of Calahorra de Córdoba is a fortress of Islamic origin that was conceived as a protection gate at the entrance to the city. It rises on the south side of the Guadalquivir River, and at one end of the Roman Bridge. It was reformed by order of Enrique II of Trastámara to defend itself of its brother Pedro I. To the two existing towers, a third one is added to him, being united all by two cylinders with the same height than those. In subsequent years, it was for a time, a prison in the city of Córdoba as well as a school for girls. After being declared a historical and artistic monument in 1931, it was ceded to the Institute for the Dialogue of Cultures (Fundación Roger Garaudy) that installed the Museum of the Three Cultures, an audiovisual installation that presents a cultural panorama of the medieval apogee of Córdoba, from the 9th century to the thirteenth century, based on the coexistence of Christian, Jewish and Muslim cultures. In the 2000s the monument was restored with funds from the Junta de Andalucía.

Under 8 years of free admission.

- These rates apply to groups of 15 people, from the European Community or not.

For group visits, it is necessary to make a reservation. This reservation will be processed following the order of reception, and according to availability. The person responsible for the group will have free admission, as well as teachers, provided that they represent a reasonable percentage of the group.