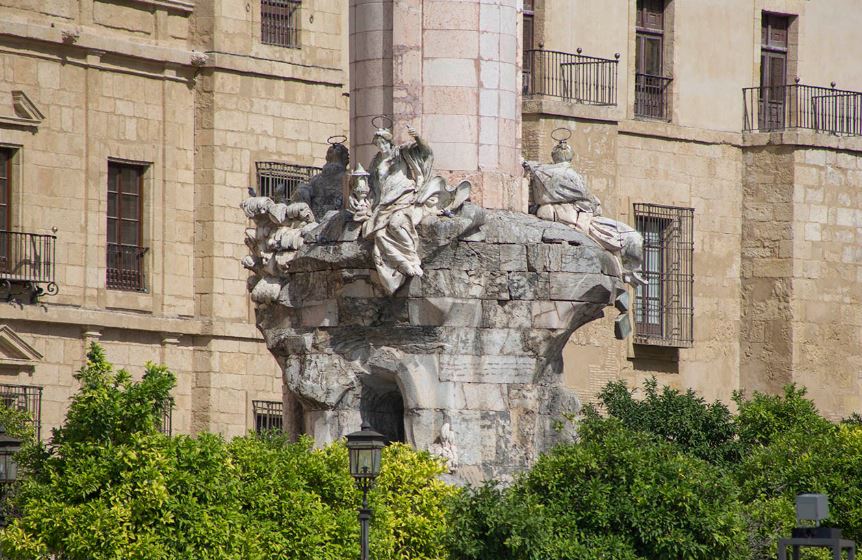 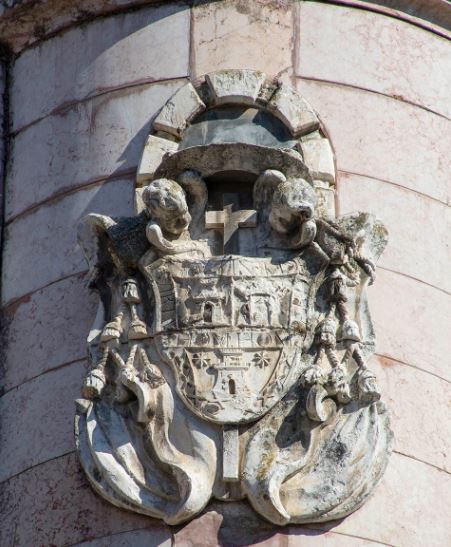 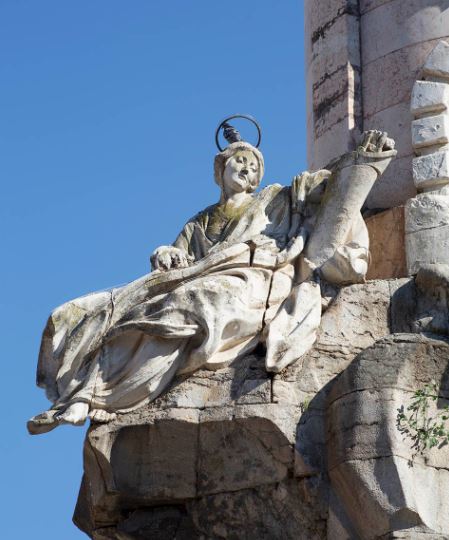 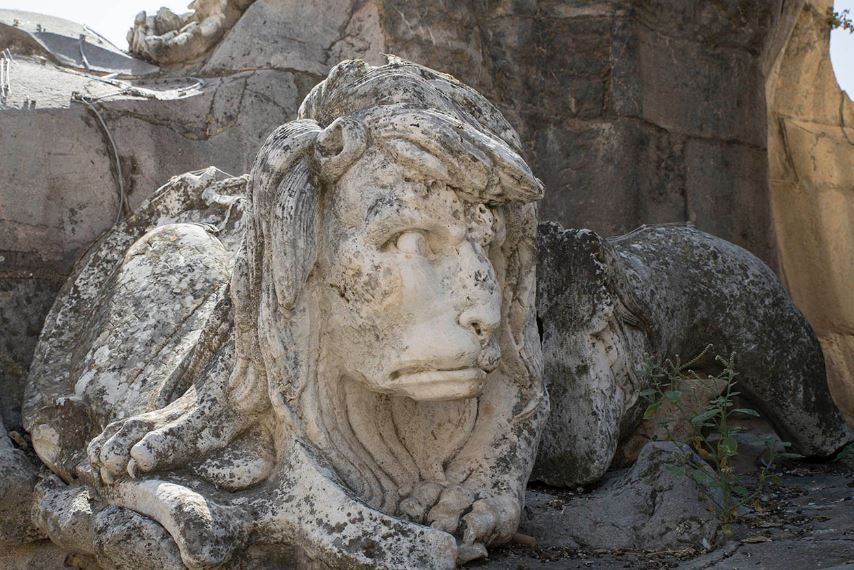 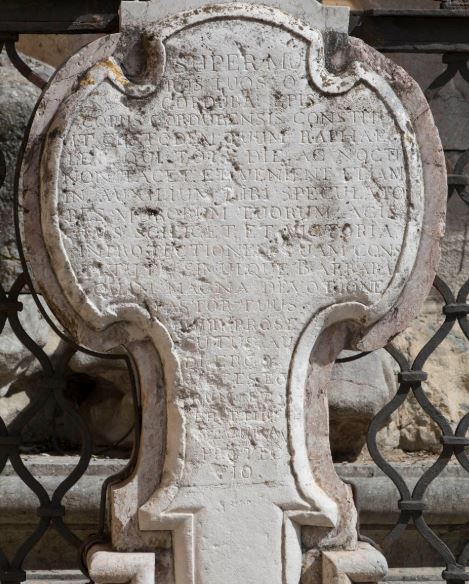 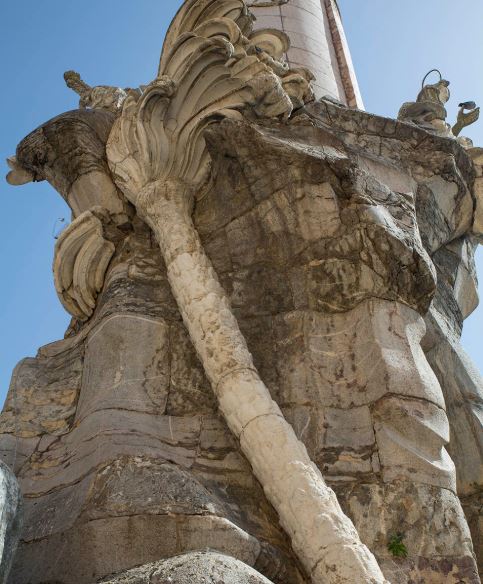 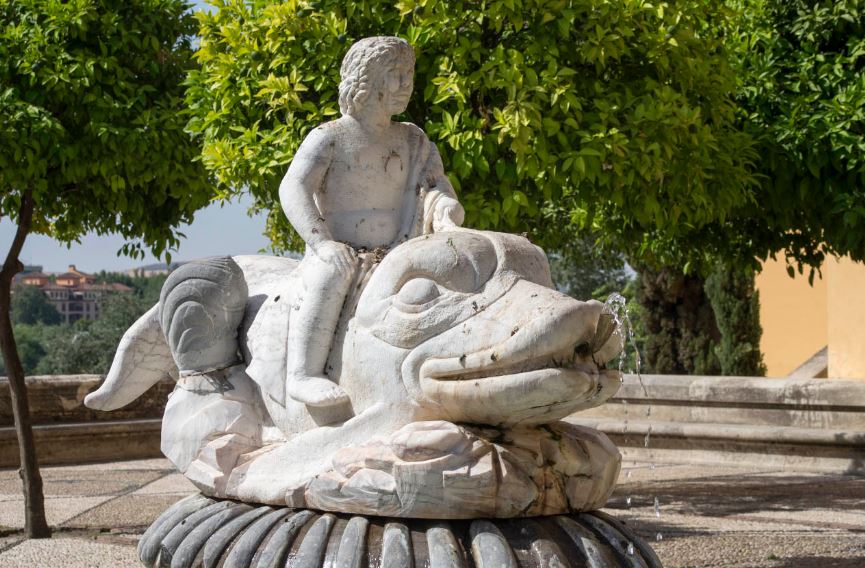 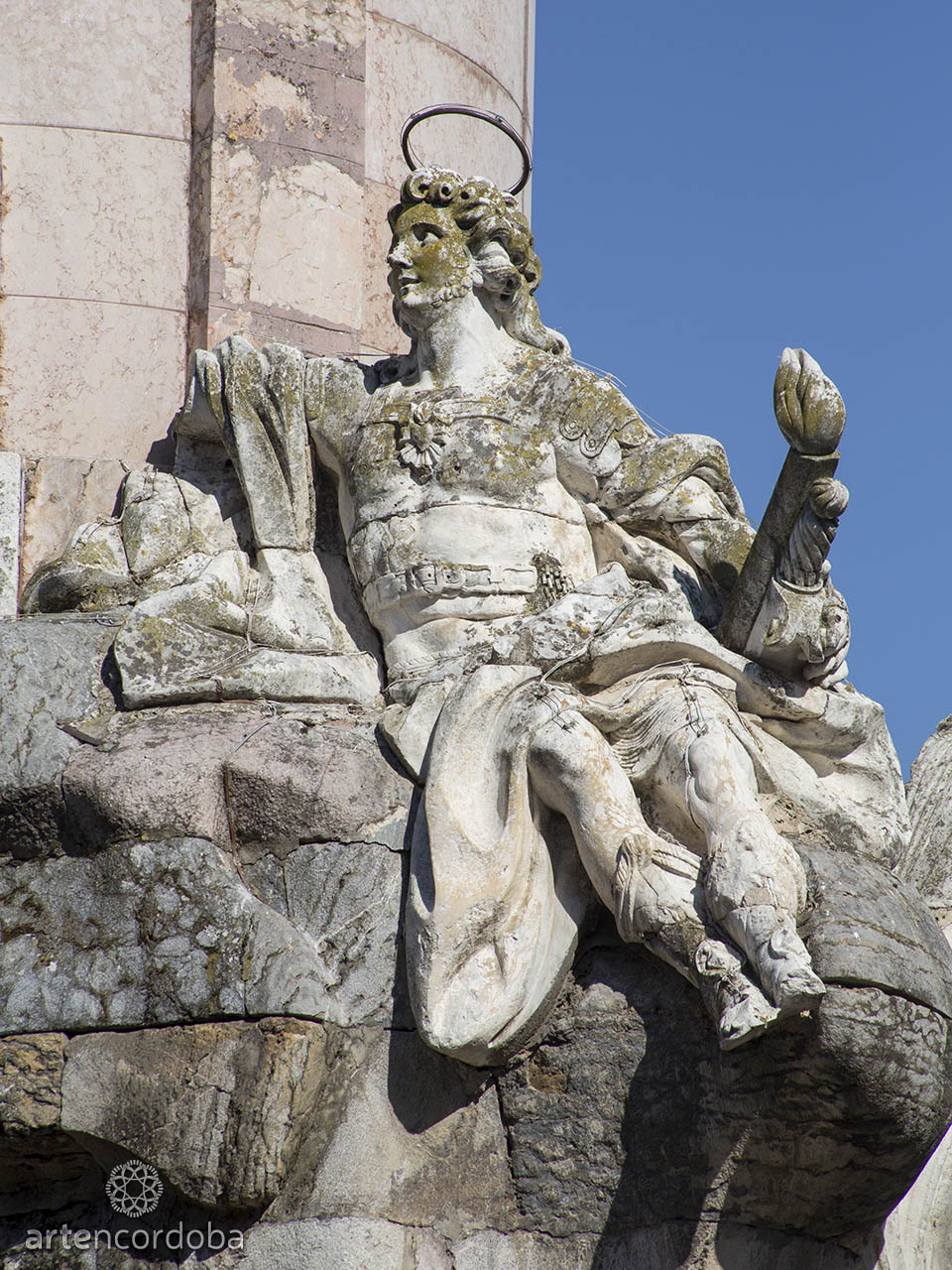 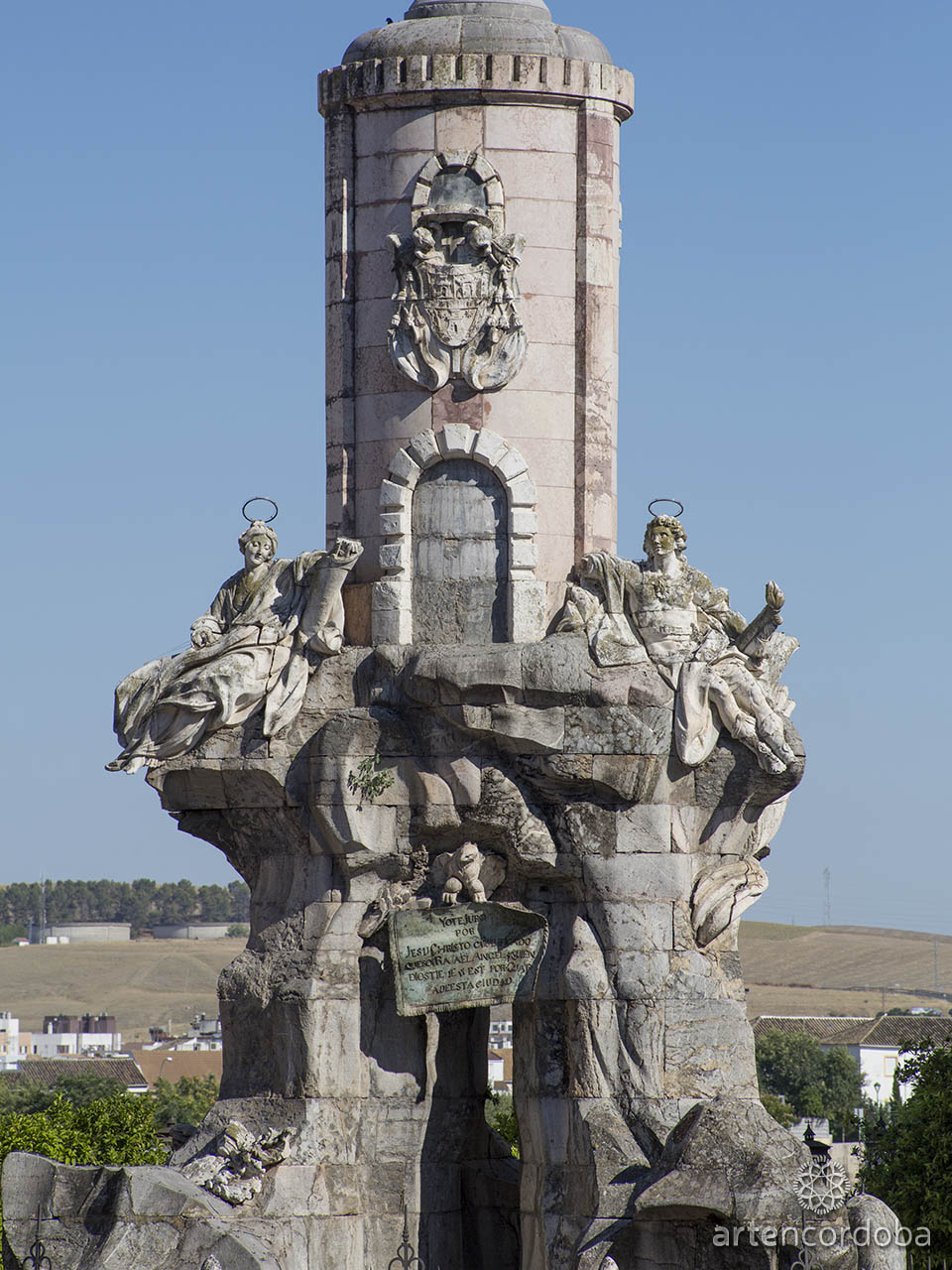 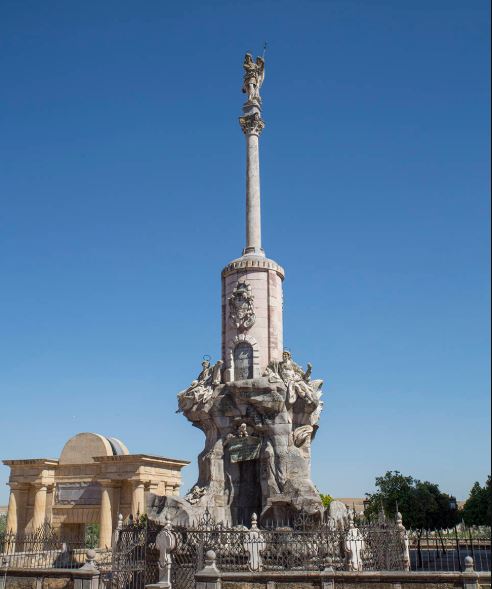 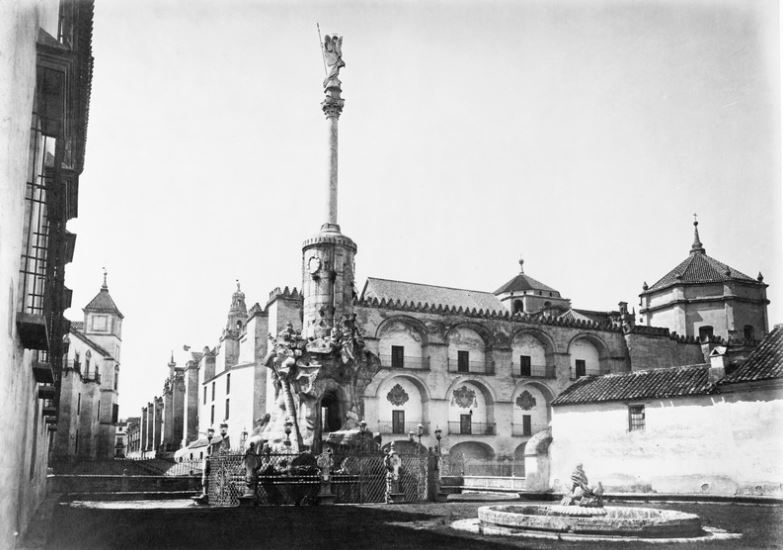 Description. The Triumph Square represents the heart of the medieval city, finding in this example one of the numerous triumphs erected in the city to the Archangel San Rafael, custodian of the city of Córdoba.

Carried out by the sculptor Miguel Verdiguier between 1765 and 1781, the triumph centralizes the lookout erected in the seventeenth century on the site that until then had housed the hospital of the Drowned.

This space is presented as an open oasis in the center of the colossal monumentalized offered by the Seminary of San Pelagio, the Episcopal Palace and of course, the Cathedral-Mosque of Cordoba.

The town hall commissioned its deputies Juan Antonio del Rosal, archdeacon of Castro, and rationers Diego Manrique de Aguayo, who on May 20, 1736, wrote to Juan de Escalera y Mellado, resident in Rome, to commission the design to one of the best architects there. Received shortly after the project, was discarded for not being liked by the council. Another was commissioned by Domingo Esgroijs, the chamber painter, and Simón Martínez, sculptor in the service of the king of Sardinia, who designed a new monument that was approved by the town council on March 26, 1738, and ordered the start of construction, but the death of the deputies elected for this purpose made everything remain in the excavation of the foundations.

In 1756 Martín de Barcia arrived at the bishopric of Córdoba, which over time acquired great devotion to San Rafael, so on February 23, 1765, he informed the cabildo of his intention to undertake the construction of the monument again, beginning work on April 28 of the same year.

It was chosen to build the monument the place where in the thirteenth century there was a hospital built by Bishop Pascual. In the excavation of the foundations, the cover of the sepulcher of said bishop was found, with the inscription "Don Pascual, Bishop of Córdoba", for which the cinerary urn was sought, which was serving as a fountain in the convent of San Agustín, place both at the base of the monument. As director of the work, Miguel Verdiguier was appointed who made slight modifications to the original project. On June 22, 1771, when only a few ornaments and inscriptions were left, Bishop Martín de Barcia died and with his death work was suspended, not resuming until on June 29, 1779, 6,000 pesos were released for the termination of the monument, what happened in 1781.